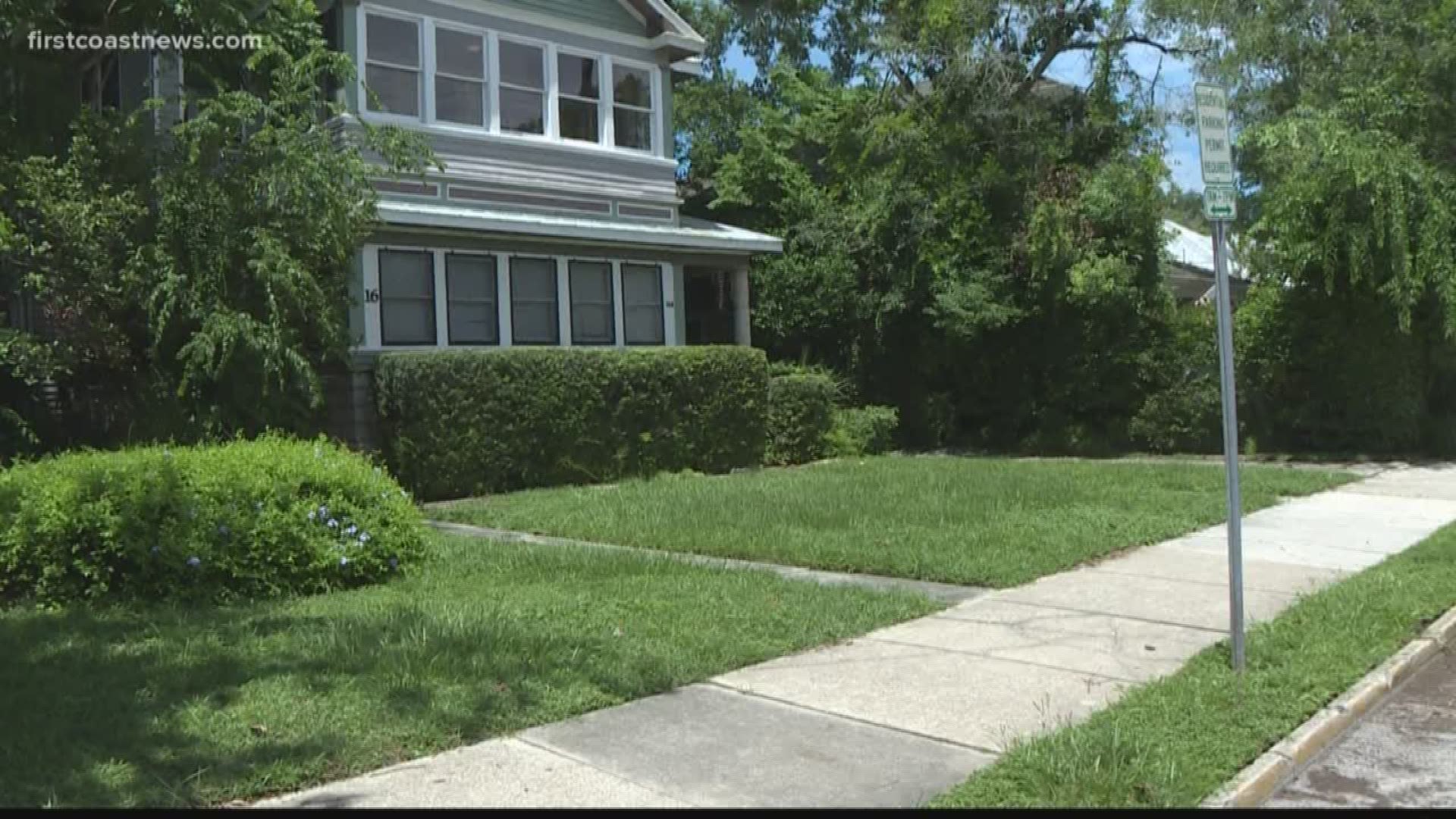 ST. AUGUSTINE, Fla. — One of the most contentious issues right now in St. Augustine is short term rentals.

Like in many tourism-driven cities, Airbnb's and other short term rental properties are popping up inside St. Augustine's neighborhoods, changing the feel of communities and impacting local business.

Tom Day lives in a St. Augustine neighborhood where he knows his postal worker.

As Tom Day's postal delivery woman dropped off mail in his mailbox, they chatted with each other. His neighborhood along Saragossa Street in St. Augustine has that community feel to it, still.

"I'm a resident and I really love this neighborhood," Day said.

That's what he brings as a member of the city's newly created Short Term Rental committee.

Pat Dobosz is another member on the committee.

"I am representing the 24 historic B&B's in the city," she said.

She owns The Kenwood Inn in Downtown St. Augustine.

They are two of seven people on the committee, aimed at tackling the controversial short term rental trend that is exploding in St. Augustine.

Day said within 100 yards of his house, there are three short term rentals and he says there may be more but sometimes they don't register with the city.

Dobosz said she wanted to serve because "[The bed and breakfast owners] are anxious to see everyone on an equal playing field in terms of regulation."

Dobosz says hoteliers and other innkeepers have to abide by regulations, and they want to make sure short term rental operators do too, such as following police and fire inspections and parking requirements.

She would also like the city to manage the number of short term rentals.

Day would like to see rental operators and the city clamp down on visitor behavior.

"There are codes for trash collection, noise, how loud music can be, how late it can be played," Day said. "These need to be enforced."

Both members say there are positives to short term rentals. The houses and yards are nice looking. Day said renting rooms out allows homeowners afford to stay in their homes longer.

One of their big concerns is maintaining the community feel inside neighborhoods, which they say is often drained when short term rentals push long term residents out.

"I am defiantly not against (short term rentals)," Day said. "I want to be sure they are managed by the city to the advantage of the city and to the people who own the properties."

The Short Term Rental Committee meetings will be held in the Alcazar Room at Saint Augustine city hall.

The first meeting is Thursday afternoon.

All three meetings last three hours each, and they're all open to the public.