A local woman explained how an imposter landlord nearly duped her out of more than $1,000 when she responded to an online apartment listing. 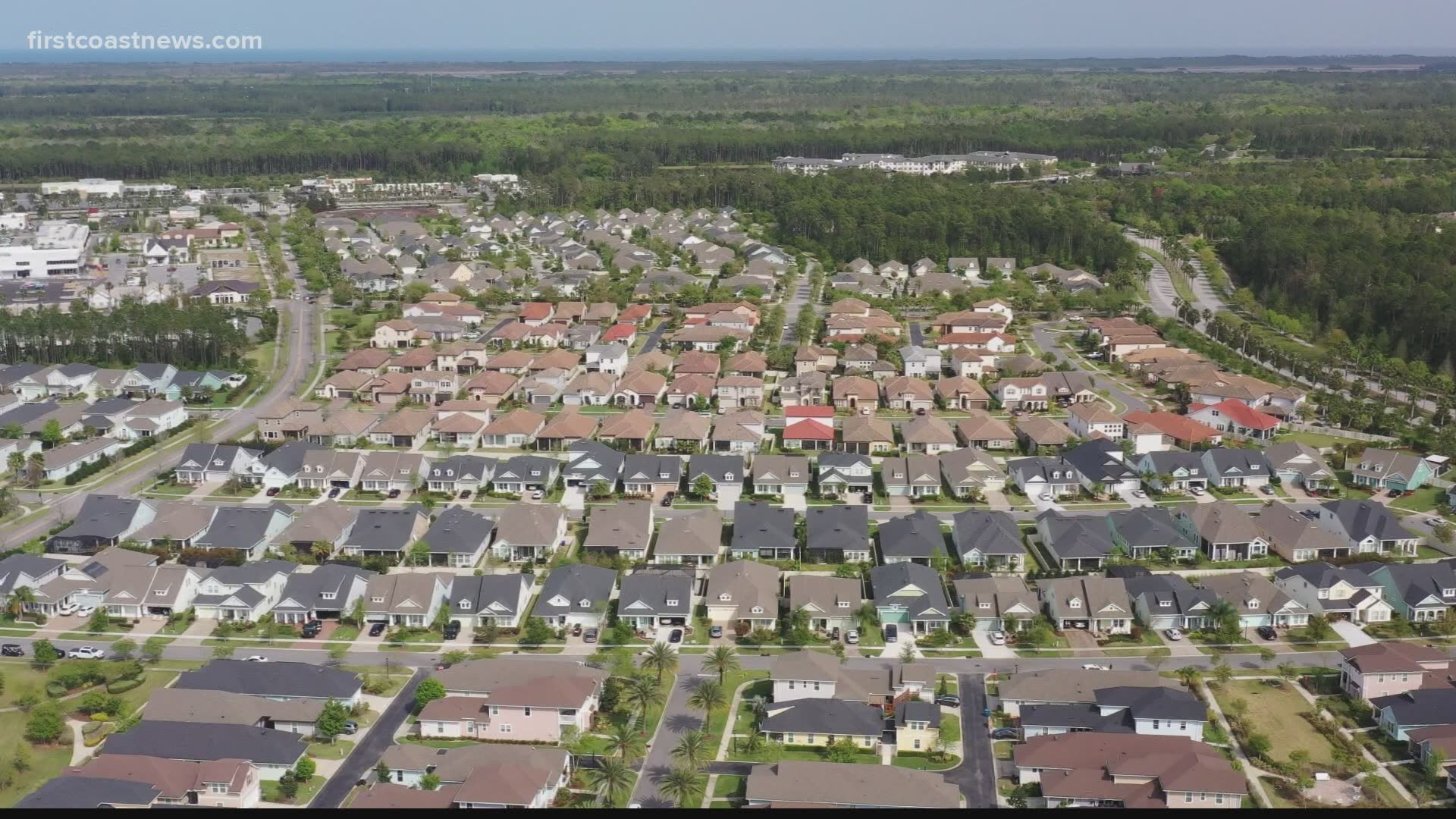 JACKSONVILLE, Fla. — Homes are expensive enough whether you’re buying or renting, but a Jacksonville-based realtor warns there are imposter landlords out there ready to steal your money outright.

“It is very disheartening that people are in situations where they’re potentially losing their money,” Vernesha Chambers with Star Quality Realty said recently.

One of Chambers’ clients, who asked not to be identified, detailed how a fake landlord nearly fooled her. It started when she found an apartment she liked on Facebook Marketplace.

“I clicked on that I was interested, got a text message back to call a telephone number,” woman said.

The number had an Arizona area code. The man who answered instructed the hopeful renter to email him images of paycheck stubs and her ID. He also wanted to verify her employment – all items one might expect in the process of vetting a potential tenant.

However, the woman’s suspicion amped up when he quoted her a monthly rental rate of $1,250. She did some research on her own and found multiple listings of the property elsewhere at a rate of $1,850 a month.

He also instructed her to send a money order in the amount of $1,250.

“Had he probably never said the rate wrong, I probably wouldn’t have thought twice about sending the money,” she said.

That wouldn’t be the only red flag: The man would only communicate with her electronically or by phone. When she insisted on meeting him in person: “He just began to give me excuses about his daughter had COVID, he wasn’t allowed to leave the house.”

“I finally just told him that I know that he was doing a scam and he should be ashamed of himself,” she continued.

She said the scolding didn’t do any good. The same person or people tried to do the same thing to one of her cousins.

“Anything that you can think of, people are trying to sell or make money off of,” Chambers lamented. “If they can put it on the Internet, chances are someone can hijack the information and try to abuse it.”

Her concern about imposters wasn’t just about money, but safety as well.

“I think the bigger issue comes from a lot of investors or other companies being hired by large-scale rental operations, or those companies in and of themselves owning property outright in the city," Chambers said. “And they’re not actually going through the processes and the steps to hire people who are licensed personnel.”

Meaning, people with ill intent can slip through the cracks if property owners don’t vet the third-party entities they hire.

“You don’t want to be in a situation where your life or your money is at risk because some company wants to save a few bucks,” Chambers cautioned.

“Anyone can go online and post a property for sale under any random service that’s not affiliated with the Multiple Listing Service or with anything that’s run by the national association.”

With that in mind, both Chambers and her client offered some advice to anyone trying to determine the legitimacy of a purported landlord – especially when the contact is initiated via an online platform such as Craigslist or Facebook Marketplace.

“Number one,” Chambers began, “if anyone is telling you to give them cash upfront, that should be a major red flag.”

“Because that’s just typically not how it goes," the client said. "Even when you’re applying, there’s typically an application fee or a processing fee before you pay a deposit or a large amount of that nature also.”

Chambers echoed her client’s suspicion that many fake landlords offer a lower-than-listed price in an effort to bait more victims.

“If you see a property listed for a substantially lower price than what you think the average market price should be for that house,” Chambers said. “That’s probably a red flag.”

While you should be very careful about handing over private information, she added that a worthy landlord should be asking proper questions as well.

“Another kind of red flag is if they’re just giving you automatic access without asking you for any verifiable information, that could also be something that could cause your concern.”

Her client, who narrowly sidestepped a scam, urged everyone, “definitely to do your own research. If something doesn’t sound right, to follow your instincts.”

Ultimately, both women emphasized that it can be difficult to identify crooks even if you know the red flags to watch out for. They reminded that licensed realtors typically assist with rentals along with buys and sells and those legitimate professionals are an easily accessible layer of protection.

“Your safest avenue is to use the services of someone who is licensed,” Chambers advised, throwing in one more caveat.

“If you go to a property where the person says ‘I don’t want to work with a real estate professional,’ it kind of gives me alarm bells.”

She offered the same advice to anyone listing a property for rent.

“If you don’t want to work with licensed professionals, that’s fine, but you need to make sure that whoever you do utilize to list your property and whoever has access to it, that it’s safe.”