Usually, companies begin hiring seasonal help in September. However, hiring websites like Glassdoor and Indeed say they are noticing a "slow start" this year. 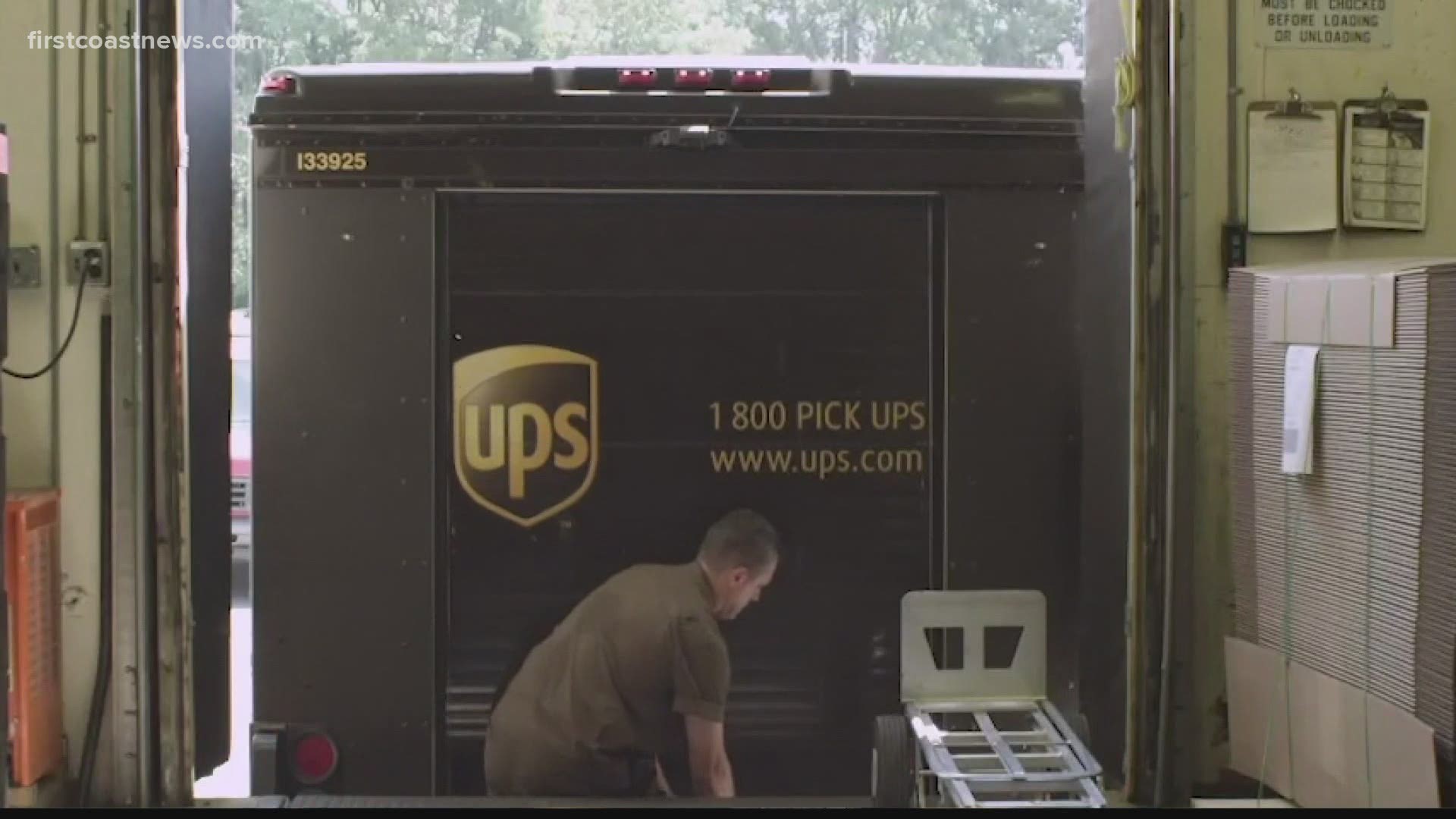 JACKSONVILLE, Fla — Holiday hiring is looking a little different this year. Instead of focusing on in-store positions, retailers are finding themselves hiring more for warehouse, curb-side or distribution center jobs in order to meet with the increasing demand of online shopping, which is a result of the COVID-19 pandemic, analysts say.

"This time of year is really crucial for the retail industry," said Amanda Bebis, the spokesperson for the Florida Retail Federation. She explained retailers make about 20 percent of their annual sales during the months of November and December alone, so the holiday season can either make or break them.

This year, retail sales fell 3.9 percent from the first quarter to the second quarter. However, e-commerce sales spiked 31.8 percent, going from $160 billion to $211 billion during the same time period, according to the U.S. Department of Commerce. In Q3, online sales only went up, racking in over $218 million.

"Part of that is driven by consumer behavior to avoid crowds," Bebis said.

Shoppers wanting to avoid crowds is also the reason why many retailers have started their Black Friday sales early.

"I think Black Friday is just spread out over a period of time, based on consumer demand and consumer safety," Bebis said. "Not sure if it takes away from the busy season, but it makes things look differently ... hopefully it means more jobs in that industry to meet that demand."

Bebis said it won't be until after Christmas when the Florida Retail Federation has enough data to determine how many jobs there are this holiday shopping season compared to last year. However, hiring sites like Glassdoor and Indeed say they are noticing a "slow start" to seasonal job listings.

Usually, companies begin hiring seasonal help in September, but both sites say they are seeing businesses pushing postings back, as well as seeing fewer jobs, likely due to the impact COVID-19 has had on the economy. Glassdoor is reporting that seasonal job openings posted on its website are down by 8 percent compared to last year. Indeed is reporting that these listings are down 11 percent.

Job seekers are also going to see more positions that are less in-store and more in distribution centers to help fulfill online orders and curbside pick-up.

Locally, when searching "seasonal jobs in Jacksonville, Florida," there are over 100 job listings, but many businesses (of all sizes) are seeking to fill warehouse and fulfillment centers -- again, to accommodate consumer behaviors.

“A lot of new jobs are coming from e-commerce, which means retailers are competing for a very similar employee: Someone who works in a warehouse, who can sometimes operate heavy machinery,” Challenger told the Washington Post.

For those that are hiring for the fewer in-store positions, retailers are focusing on consumer safety during the pandemic. For instance, part of Target's 130,000 seasonal hires, Target is going to have some of those employees focus on safety and sanitization in its stores.

"Florida retail stores have gone above and beyond to enable consumers to shop safely this holiday season," Bebis said. She said many have implemented social distancing measures, installed plexiglass, shifted toward contactless payment methods, added an online store presence, etc. as added by the CDC.

Businesses are also trying to remain competitive and boost the economy by paying its employees more an hour this year, Challenger said.

When it comes to pay, businesses like Target, Best Buy and Walmart are offering $15 an hour to its temporary hires because they are trying to keep up with Amazon, Challenger said.

Then there are companies like Hobby Lobby that are offering $17 an hour because the company refused to shut down during the beginning of the pandemic, so it is making it up to its employees, the Washington Post reports.

So what's the takeaway from the 2020 holiday season for consumers?

"As we continue through COVID-19 and the economic downturn, the best and most important thing: support a business with a retail presence in Florida," Bebis said, explaining how Florida retailers contributed to 1/5 of jobs statewide. "It doesn't have to be small, though we love supporting our small businesses. Supporting Florida businesses support Florida jobs, Florida families during this difficult time."

She said you can do so by either shopping in-store or online, just as long as the business is in Florida.

So what are some of the major retailers doing this holiday season?

Hiring around 9,000 seasonal workers. Its hourly rate was not released, but described it to be "competitive."

Hiring 10,000 seasonal workers to pack and assemble merchandise, as well as work in customer contact centers. The company did not disclose pay.

Hiring 1,160 for its stores, distribution and e-commerce fulfillment centers across the country. Wages are being described as "competitive," but no specific number was given.

Hiring more than 130,000 temporary employees for its stores and distribution centers. Pay is $15 an hour.

Below is a list compiled by LinkedIn showing other companies that are hiring for temporary and permanent positions:

The Washington Post and CBS News contributed to this article.

RELATED: Amazon to hire another 100,000 to keep up with online shopping surge