Many unemployed Floridians suddenly switched to programs they don't qualify for

Unemployment expert Vanessa Brito said the most common glitch includes people who were on PUA being switched to a state claim they don't qualify for. 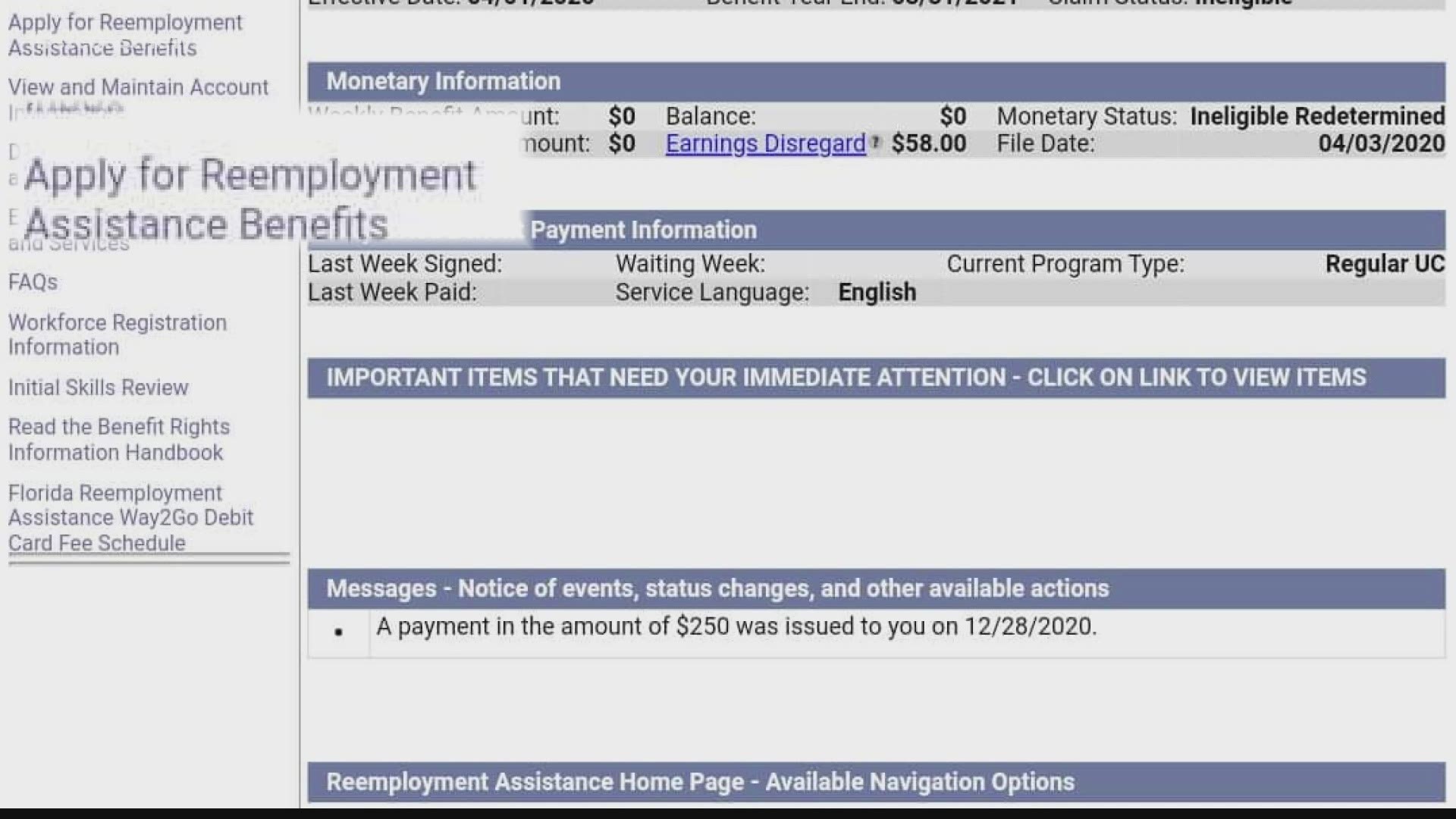 Following federal benefits briefly expiring in December, and the state starting to implement federal benefit extensions from the recent COVID relief package, many problems have emerged.

Unemployment expert Vanessa Brito said the most common glitch includes people who were on the Pandemic Unemployment Assistance program being switched to a state claim for which they don’t qualify.

Many claimants said they see links that say a link is appearing on their CONNECT account reading, “Apply for reemployment assistance benefits,” even though it is a program many of them do not meet the qualifications.

“They have a link to apply and when they click on it, it tells them they already have an open claim and they can’t move forward,” Brito said.

Brito advises claimants who were bumped off PUA to hold off on applying for reemployment assistance when prompted.

“Maybe hold off until DEO provides some clarity on what’s going to happen, whether or not you’re getting the error message,” Brito said. “We don’t know how to get them back on PUA yet.”

This glitch is so prominent among those bumped from PUA, those who are not receiving the application link feel left out.

Personal Trainer Leah Ploumis was bumped from her PUA claim to a state claim. She has not received a link to apply for reemployment assistance.

Ploumis said it doesn’t matter. Either way she is stuck and cannot receive benefits.

Ploumis wishes there was at least communication from the department to know when her claim will be fixed.

“It’s putting everybody at risk for all of these issues and glitches and there’s no warning,” Ploumis said. “It’s a mess. The whole system is a mess.”