Right now, JSO gets about 40% of all city spending. A community action committee says they want to see that reduced, with some of those funds slated elsewhere. 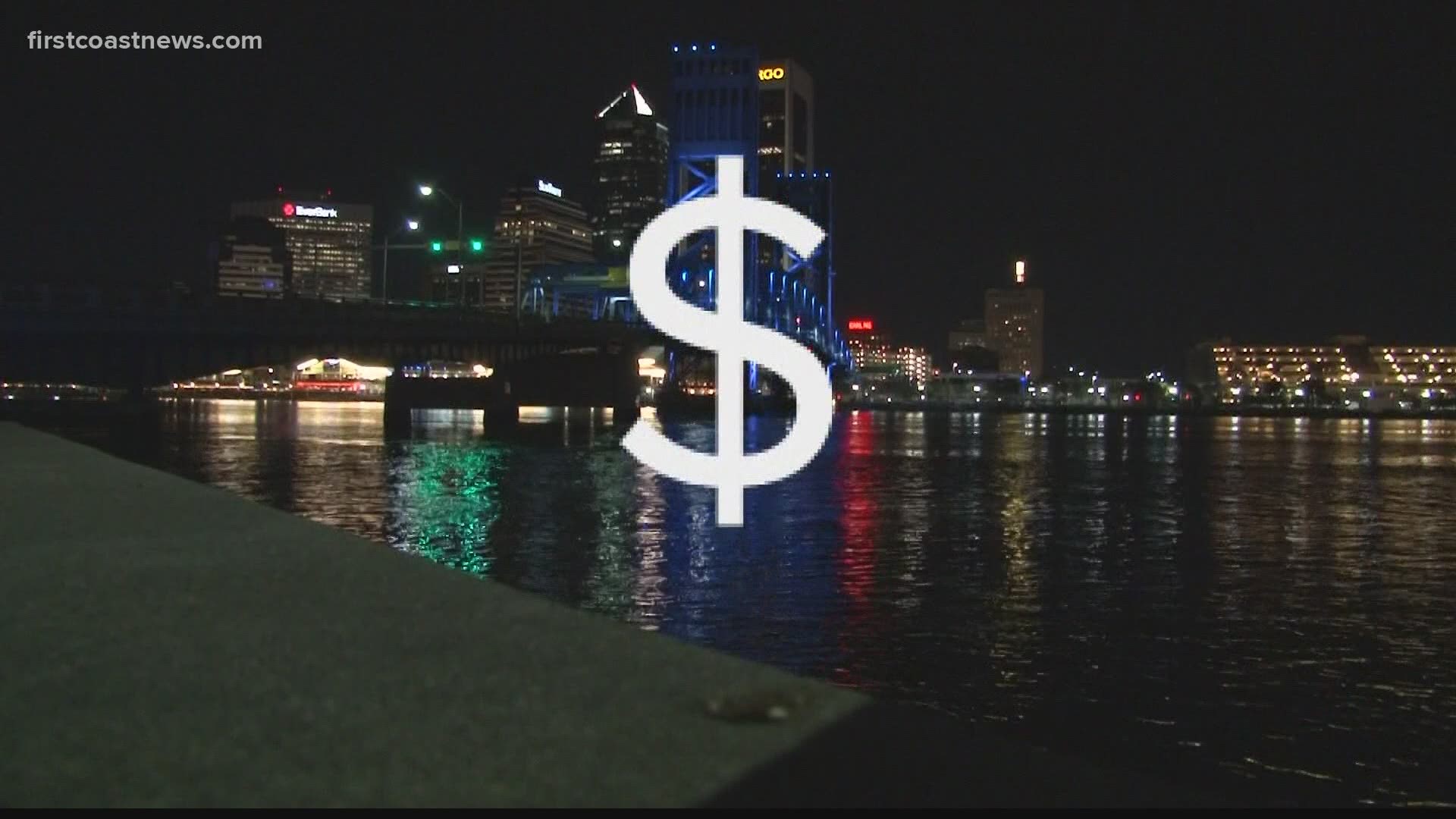 Investing big in capital improvements, neighborhoods and city workers are some of the highlights of Jacksonville Mayor Lenny Curry's $1.4 billion budget proposal he presented to the City Council Tuesday.

Curry says neighborhood construction projects are what he wants to focus on. Because of the gas tax starting Jan. 1, you'll see even more projects on the roadways.

The proposed amount for capital project funds is almost double what it is for this fiscal year.

Curry also wants a pay raise for city workers, including police and firefighters.

"I committed to them that I was going to continue to do everything I can once the city is financially stable, which it is, to get them to where they needed to be for their years of hard work," he told reporters.

Right now JSO gets about 40% of all city spending. Jacksonville Community Action Committee has released a statement saying, in part, they want JSO to receive less out of this next budget. Scroll down to see the budget proposal the JCAC recommends, calling it the "People's Budget."

JSO requested a $29 million increase this year, amounting to a total of half a billion dollars. First Coast News asked Curry and his team if his proposed budget would grant this, and they said it would.

Curry was also asked about COVID-19. He says there are no plans for more mandates and he encourages everyone to get vaccinated.

The mayor said in a tweet that investment in neighborhood infrastructure will be a main focus, including $50 million for septic tank phaseouts, $24 million for road resurfacing and $50 million in enhancements at parks.

"This is money that I'm directly giving to the City of Jacksonville," said Florida Rising's Duval Organizer Carlton Riley about why you should care about the city budget. "I need to see where it's going and I need to know what's going to benefit me and the people I live with too."

Riley has a favorite phrase about why you need to care about the city's budget.

The city is looking to remove 65,000 septic tanks. More money will be spent on infrastructure projects, thanks to the gas tax starting Jan. 1 adding 6 more cents per gallon. Other tax increases are not expected in the budget.

"Obviously police and fire are always a large portion of our budget and making sure that we're continuing to protect our citizens," Salem said.

Riley believes instead of going to JSO, there should be more investment in affordable housing and mental health support.

"About half of our budget is tied up in policing, but there's a lot of other places in Jacksonville that need funding," said Riley. "Things like after-school programs for students, things like making sure that people have job training and can enter the job market ... Invest more in community and divest from policing and incarceration."

Curry said in one tweet the city is in a "prime position for tremendous growth" and said in other tweets there would be investment in neighborhoods.

"I'm not in favor of reducing in any shape or form the sheriff's budget or the firefighters' budget," Salem said. "But I think what you will see is some significant investments in neighborhoods in this particular budget. So I think it will accomplish both goals."