Despite Florida reopening, the Labor Department said Florida had the largest increase in initial claims nationwide in its most recent numbers. 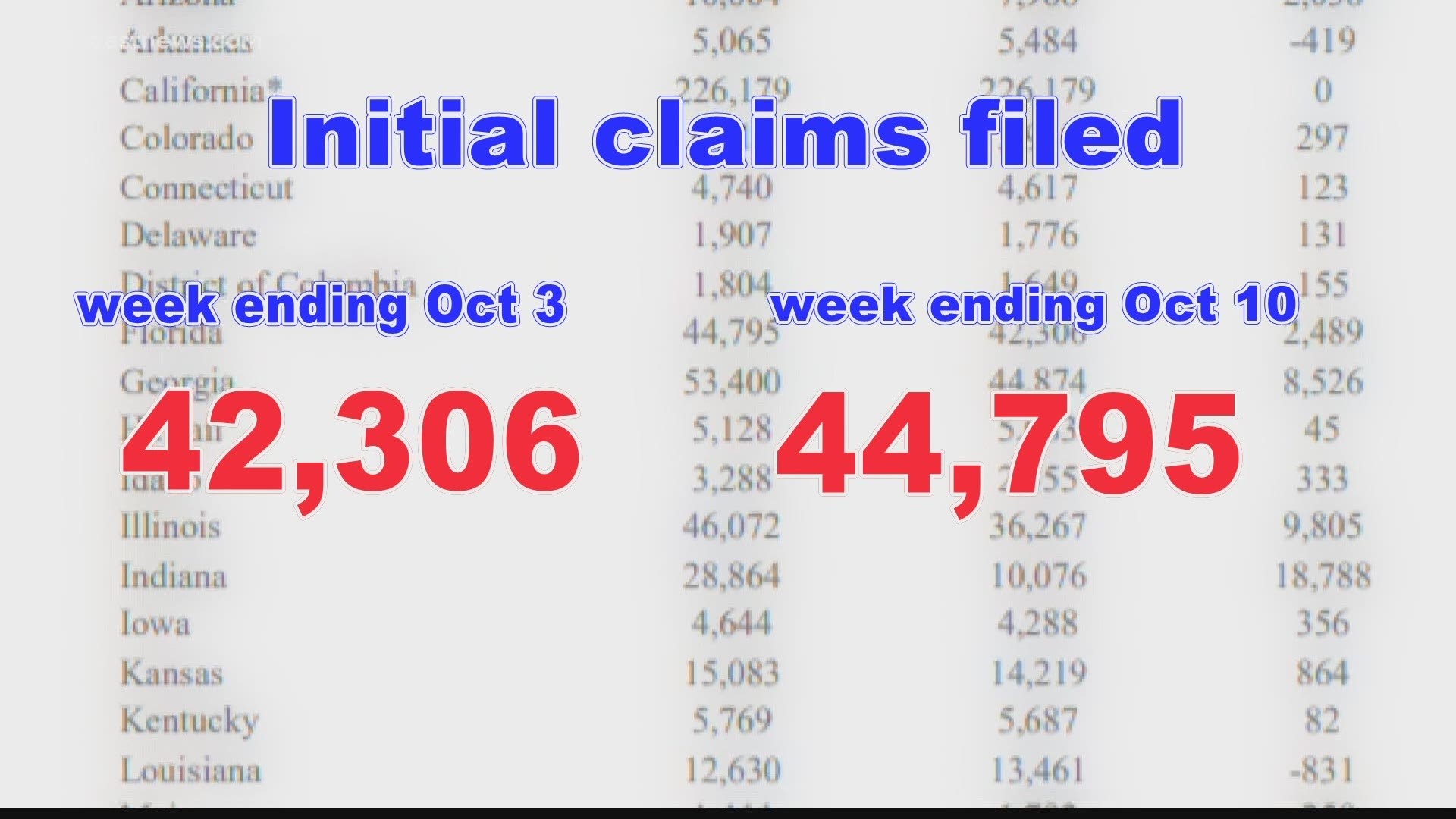 JACKSONVILLE, Fla — The number of Floridians applying for unemployment benefits for the very first time is continuing to rise regardless of the governor recently reopening much of the state.

The Labor Department said Florida had the largest increase in initial claims nationwide for the week ending Oct 3.

“The world is watching these moments and deciding if I am going to go vacation somewhere safely, where should I go?” Eskamani said. “And to see the governor not taking precautions, it’s going to hurt people coming to our state.”

The Labor Department shows Florida’s total number of people collecting state benefits have dropped by more than 86,000, but Eskamani said those numbers can be misleading since Florida provides only 12 weeks of state benefits, some of the lowest in the country.

“Part of this process are folks moving off the state unemployment system and onto federal programs, but they are still unemployed,” Eskamani said.

The Labor Department numbers show how many people are filing for benefits, but not how many are actually receiving them.

“They let you claim the weeks,” said Stephanie Richardson, who has had her benefits on hold for months. “They say you are due to claim weeks again because you qualify, but we have you sitting here on hold.”

Richardson is one of the thousands of claimants with weeks on hold. Many have no explanation as to why.

“It’s been a nightmare because there’s no way to fix it,” Richardson said. “There’s nobody to talk to.”

Eskamani said her office has not had a decline in the number of people like Richardson having problems with their claims.

“DEO continues to have no call center that is functional with folks still looking for answers,” Eskamani said.

DEO has not released how many claimants have been paid in full.