According to an article published in The St. Augustine Record on Sunday, unemployment in the St. Johns area has fallen under 3%. 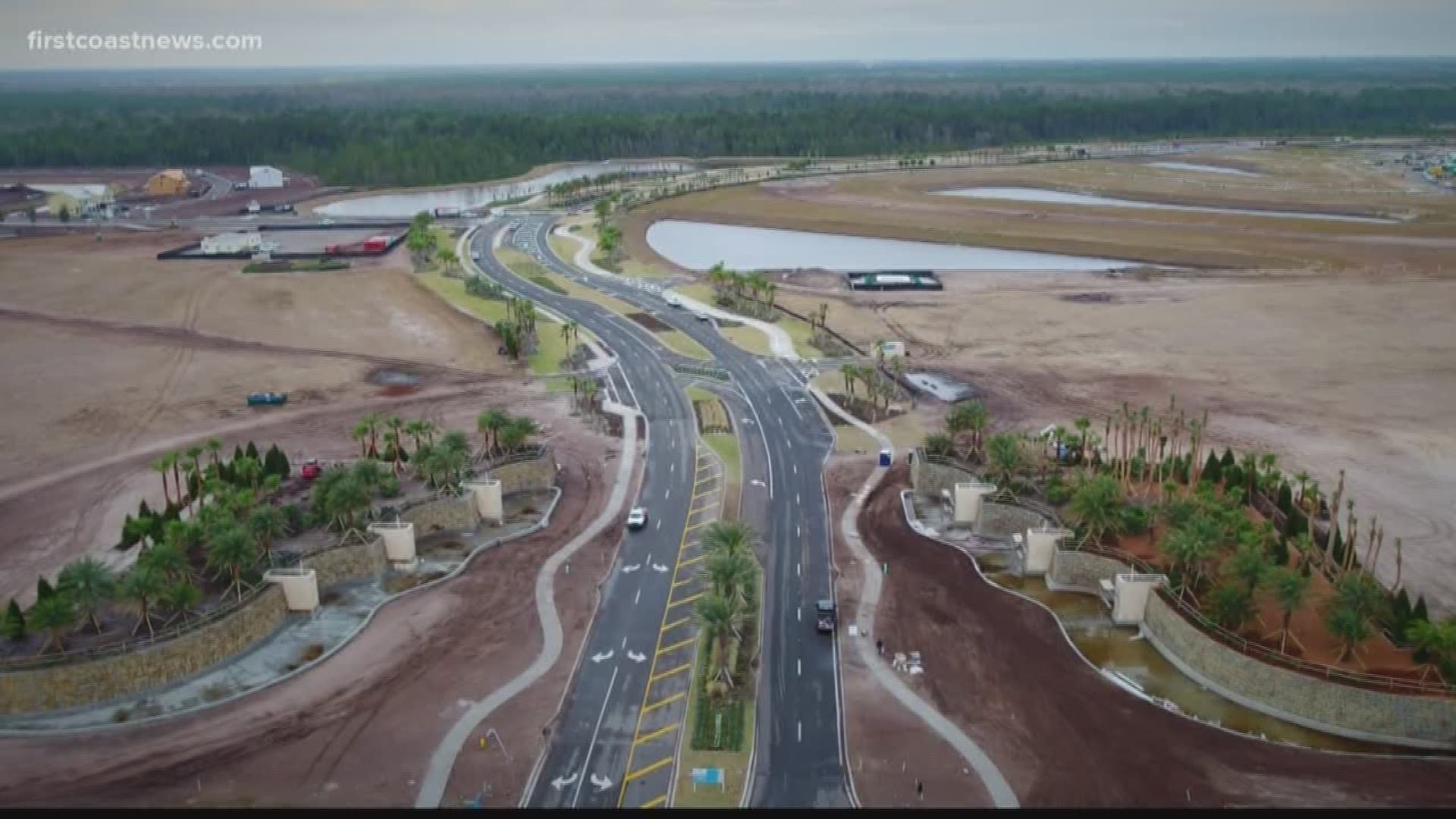 According to an article published in The St. Augustine Record on Sunday, unemployment in the St. Johns area has fallen under 3%.

There are so many people working in the St. Augustine area that hospitality businesses are struggling to find workers.

Last month marked the pre-construction opening of what will be one the largest master planned communities in Northeast Florida.

SilverLeaf will be located in St. Johns County between County Road 210 and State Road 16 at St. Johns Parkway west of Interstate 95. The 8000-acre community is zoned for 10,700 dwellings.

The Hutson Companies say they are investing about $85 million in the infrastructure for the community to alleviate potential traffic issues for future residents.

It’s just one of many new developments in St. Johns County, which is the 18th fastest growing county in the country. Its top-rated school district is a big draw for new families moving to the area.

Lisa Marston, owner of Woodpeckers Backyard BBQ opened her downhome restaurant on State Road 16A near the St. Johns River four years ago. Her business is fed by the growth. At lunchtime, it’s a full house.

“As a business owner I love it,” said Marston. “Oh, it's crazy. It's blowing up everywhere, homes are going up. You know RiverTown is just north of me. I'm going to say a couple of miles so I would say they're going to put about five thousand rooftops not to mention St Johns County on 210 is blowing up."

One of those developments on County Road 210 is an 800-home upscale development called Beachwalk that stands out because of its unique, 14-acre man-made lagoon.

“It's going to be literally like a Caribbean beach resort but it's right out the back door of your house,” said developer John Kinsey.

The new development will also include hundreds of thousands of square feet of retail space.

“We're talking with a couple of national movie theater chains, a number of local restaurants and local shops, and national restaurants, as well medical office buildings,” said Kinsey. “People are discovering that this corner of St Johns County is really about to become alive and open for business.”

It's a hefty investment developers like Kinsey are willing take. His group will be footing the bill to expand County Road 210 from the two-lane road it is now to a six-lane divided highway.

“We didn't get to build this community for free. I mean if you take the school property we donated, the roadway improvements that we've agreed to build, it is somewhere north of $50 million dollars before we get the first dollar back,” said Kinsey.

Nearby more homes are being built in Nocatee which continues to be one of the top ten fastest growing master planned communities in the country.

County Commissioner Jimmy Johns says there are no plans for a moratorium on building permits.

“We have to play close attention to it. We have to be very vigilant,” said Commissioner Johns. “We're either managing growth or decline. I would be concerned if we were having to manage decline because we would not have the resources to maintain the services and the infrastructure that we already have.”

We met Commissioner Johns at Durbin Park where a Walmart will open later this year in the first phase of a massive development.

“This is estimated when it's completed to provide almost ten million dollars per year to our general fund,” explained Commissioner Johns. “Our current budget is only around the $160 million per year for the general fund. That's a giant increase.”

With the growth comes growing pains like congested roads and plans to open new ones.

“The road we're standing on is scheduled to open in the next four to six weeks so we will have a corridor opening to 9B, which may not be known to be many people at all to have access to get on 95 right here from Racetrack Road,” said Commissioner Johns.

FDOT has plans to expand Interstate 95 in parts of St Johns County to 10 lanes with the addition of Express Lanes planned between the I-95/I-295 South Interchange and International Golf Parkway.

“We really did our homework before we relocating, but I mean people want to be here that's why it's growing,” said Amy Donnelly.

And for many families like the Constables who just moved to St. Johns County, one of the biggest draws is the top-rated school district.

Jillian and Sean Constable recently moved to St. Johns County. Like so many other families, they picked this location in large part because of the excellent schools.

"This is our new house, and it's in Shearwater," Jillian Constable said. "It's new construction so everything is brand new which we love."

The Constables, who have two young children, moved into a new subdivision off County Road 210 that is expected to have about 2,000 homes when its built out.

"It just seemed like the perfect location because it was just out of the city, but still close enough where the commute isn't terrible and on top of that it has a much better school system and for raising a family it's just better," she said.

From 2010 to 2017, St. Johns County saw its population grow by 28 percent. Right now, the district has just shy of 40,000 students. In the next 10 years, Superintendent Tim Forson says the school district is projected to surpass 50,000 students.

"Are we concerned about the growth? Absolutely, because parents move in and you have to have a seat for that child when they come and so we always have to be planning ahead," Forson said.

The district is growing by more than a school a year. Fifteen-hundred new students were added this year. Within the next 20 years, the district projects it will add enough students to fill 20 new schools.

"So it's really about a school year, but that will also include the expansion of existing schools, adding capacity to many schools that we already have online," Forson said. "One of the reasons is there's just not going to be that many school sites and land available to build twenty to twenty five schools within that same window of time most likely."

Right now, construction is underway on a new K-8 school in Aberdeen in the northwest part of the county and another new school is being built in the Nocatee are that will open in August.

Forson says the half-cent sales tax approved by voters in 2015 has helped the district afford the growth, but with that growth, parents need to be prepared for change.

"The flip side of that is that if you come into our school district, especially the north part of the county, there's a good chance that if you're bringing a child into the elementary years that they may be rezoned to another school at some point in time during their career because there are that many schools coming online," Forson said. "I think that's what creates discomfort sometimes for parents is to say gosh I got used to the school and now I'm being moved to a new school."

The new schools in Aberdeen and Nocatee that open in August will start out as K-6 schools and will add a grade each year until they are K-8 schools. Next school year, Mill Creek Elementary will become Mill Creek Academy and eventually become a K-8 school.