As technology develops, how soon you might reap financial benefit after installing solar energy system on your home. 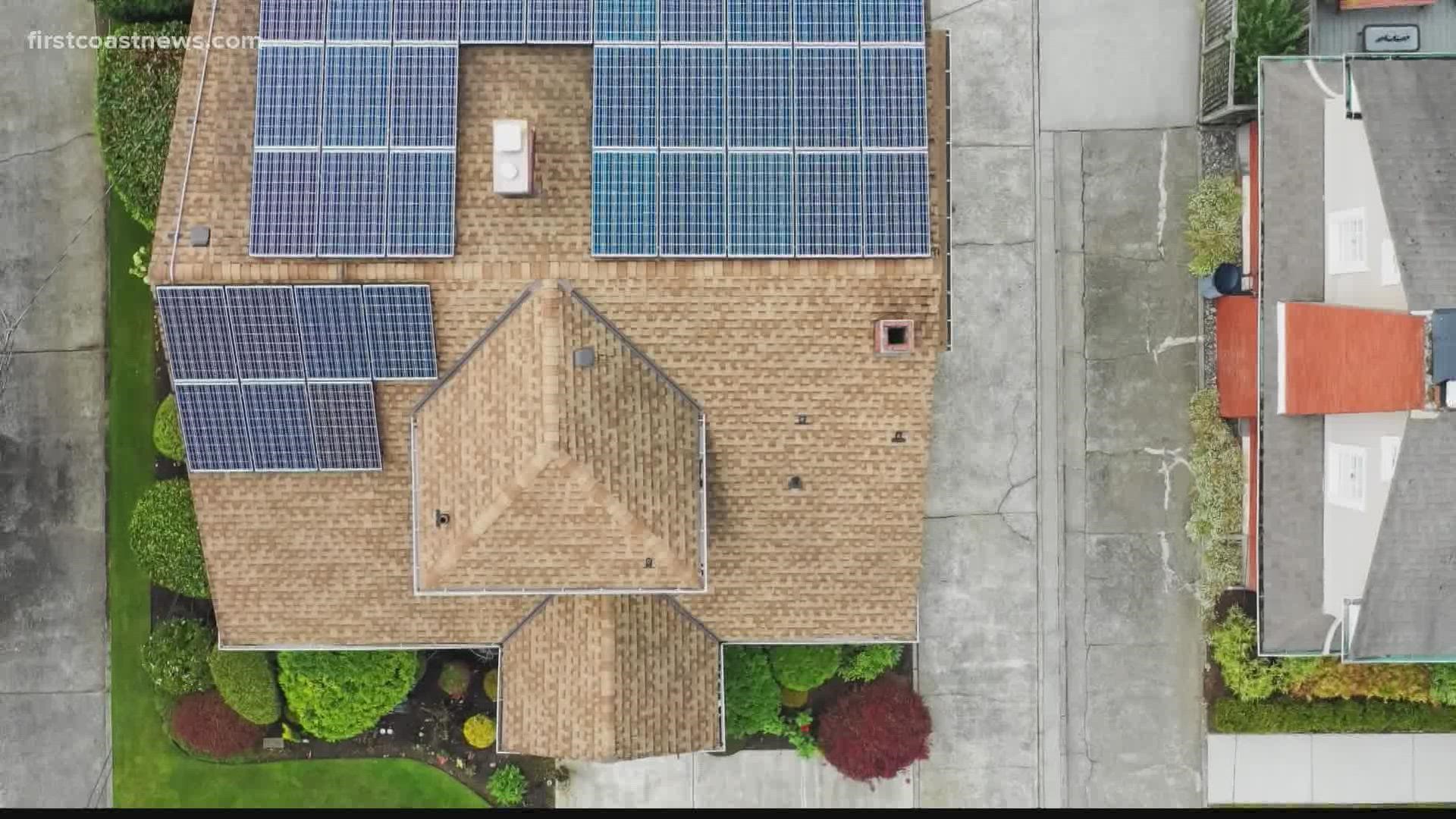 Well, technically it’s the 10th sunniest state according to multiple sources, but that’s splitting hairs. Florida gets its share of sunshine.

So, why don’t more homes in the southeasternmost corner of the country have solar power generating equipment?

Alex Khokhlov at Gainesville-based solar panel provider Power Production Management says it’s an “adoption curve” in that the popularity is in fact increasing and could show an exponential trend in coming years.

“There are more than 2 million solar systems in the residential sector alone, in the United States today,” Khokhlov explained.

As with many developing technologies, Khokhlov cites reduced costs.

Juan Acosta, who heads the solar division of another provider, Alliance Technology Group in south Florida, added that some companies offering more traditional forms of electricity generation have put up resistance.

“There’s a lot of regulations, a lot of politics,” Acosta said.

As we discussed reasons why some people do add solar power generation systems to their homes, both men agreed that being environmentally friendly, saving or eliminating traditional utility costs and adding value to a home’s value are among common motivators.

While the first of those is a more arbitrary value, the second and third can be measured – at least to some degree – objectively in dollars.

“I’ve always been an environmentalist at heart,” said Amanda Denehan, who with her husband decided to include solar panels in the home they recently built near Gainesville.

Even though they’ve barely begun to reap the benefits, Denehan said the satisfaction of reducing her carbon footprint is only the beginning. She has an app to track the difference her system is making in the couple’s utility bill.

“You see [energy cost savings] on a daily basis and it’s absolutely amazing,” she winked.

Denehan cited one other hypothesis about why more people haven’t taken the ‘solar plunge.’

“I think a hurdle just simply is lacking information.”

One conceivably critical piece of information for most people is how much and how soon the cost of installation can be offset by cumulative savings, i.e. how long does it take for a typical system to pay for itself.

“You can have your money back in ten to 12 years,” Acosta estimated, reminding that there are any number of variables affecting that crossover point, including whether a system is purchased outright or in an installment plan.

“Simplified, average payback is between five and eight years,” he assured.

However, that’s only a part of that part of the equation.

These industry pros said there’s a common misconception that it can take a while for a customer to experience any savings whatsoever, and that the price tag – a typical system costs between $20,000 and $30,000 – puts solar out of most people’s reach.

Given that financed purchases are typical, both Khokhlov and Acosta emphasized that people can begin saving money right from the get-go.

Offering a hypothetical situation in which a customer is typically paying $100 per month for electricity, Acosta said, “You switch to solar, you eliminate that bill and you end up paying 20, 30 percent less,” for the monthly cost paying for the solar equipment.

He went on to make another strong-yet-subtle assertion about inflation.

“You’re not going to be paying that same $100 in year 15 because prices increase,” Acosta said, highlighting that the monthly principal and interest on a financed system don’t change.

And there are incentives.

That first part meaning any value a solar panel system adds to a home’s appraisal can’t be included in annual property taxes; the second indicating that there’s no taxation on the purchase itself.

In fact, many people apply and qualify for a tax credit that essentially subsidizes the cost of installation.

Until the end of 2022, that credit can take as much as 26% off the price. That credit is currently scheduled to drop to 22% for systems installed in 2023, then to zero from 2024 on unless it’s renewed by Congress.

However, we still haven’t tackled the question of whether a solar power generation rig adds value for when the time comes to sell your home.

“They say that about $5,000 per kilowatt [added to a house’s selling price], so depending on how big your system is you can get that premium,” Acosta said.

For another perspective, First Coast News asked Diana Galavis at the Northeast Florida Association of Realtors (NEFAR) whether solar panels boost the potential selling price of a home.

"The resale value of the homes with solar on there really depends on what the value is for the buyer," she said.

In other words, it's subjective. A prospective buyer who cares about the environment and/or reducing monthly energy costs might be willing to pay more than a person for whom neither is a concern.

"We have some people that they want to look at reducing their carbon footprint, and therefore solar is valuable to them," Galavis continued.

One reason, Khokhlov said, that he believes property value enhancement is vulnerable to misappraisal is simply that many professional home appraisers aren’t properly trained in accurately calculating a solar grid’s added value.

“I have not seen someone being disappointed with the value of solar at the time of sale,” Khokhlov said.

So, if solar electrical systems can immediately improve cash flow and increase property value, all while reducing a home’s carbon footprint, why would any homeowner not start turning golden sunshine into green in their wallet?

Granted, Khokhlov and Acosta are in the business of selling the systems, but Khokhlov said there aren’t many examples of people who shouldn’t install one, at least in the immediate sense.

“If someone needs to replace their roof in the next five years, we don’t recommend installing solar panels,” Acosta explained.

Not that it can’t be done.

Khokhlov explained that replacing a roof with solar panels simply entails removing the panels before, and then replacing them after, the new roof is installed.

And, not that it wouldn’t still provide savings, in the long run, but in that ‘next-five-years’ scenario, he explained that the cash flow benefits would be interrupted for a period of time accounting for the added cost of uninstalling and then reinstalling the panels – a couple thousand dollars, he said.

Khokhlov urged that people do their research, cautioning that like with many newer technologies there are predatory practices such as pricing and lending rates.

“Sometimes the panels are overpriced, they’re going to the market at an unfair price, financed over a very long period of time with high interest,” Khokhlov said. “And recovering costs from something that was sold out of market can be very challenging.”

However, beyond any common-sense cautions, he insisted that old ‘myths’ are simply not true. For example that solar panels cause roof leaks, adding that as the technology continues to develop, newer and better benefits emerge.

“If you have an electric car you can add a small solar system and completely offset your driving … kilowatt hours today equals miles on the road, not just lightbulbs, not just air conditioning,” Khokhlov explained.

All considered, Khokhlov offered a compelling visceral satisfaction he’s noticed among his customers.

“They’re not renting power anymore; they own their power.”

By the way, for those who like trivia, according to worldpopulationreview.com and other websites, the nine states sunnier than Florida are.

For information about federal tax credits and how they apply to home solar power generation, go to https://www.energy.gov/eere/solar/homeowners-guide-federal-tax-credit-solar-photovoltaics