A local nonprofit had planned to open an animal rescue facility in June 2019 in the Springfield area, but that changed after its roof caved in. 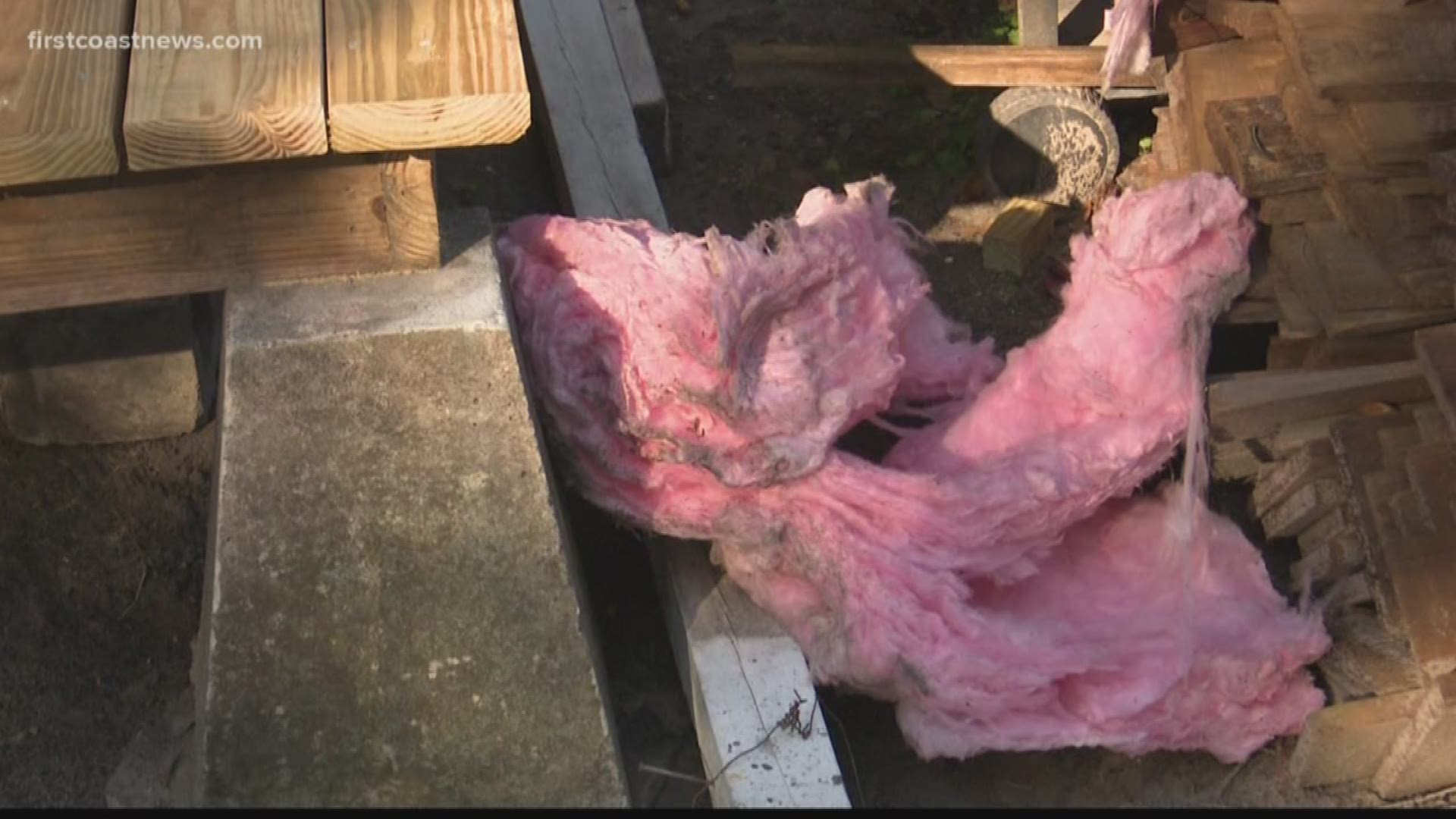 JACKSONVILLE, Fla. — A local nonprofit planned to open an animal rescue facility in June 2019 in the Springfield area, but that changed after its roof caved in.

It happened December 31, 2018, moments after Gulfeagle delivered bundles of shingles and had them stacked on the roof.

"The guys all started to jump off the roof because they heard wood breaking," said Marcia Chishom.

Chishom runs the nonprofit Anny McFur, Inc. and owns the property in Springfield.

The bundles of roofing shingles were too heavy for the nearly 100-year-old building.

"Nineteen squares of shingles on an 8-foot roof," a worker said. "That's entirely too much weight."

After six months of trying to resolve it, Chishom has now filed suit against Gulfside Supply, Gulfeagle and Alpha and Omega Builder.

She is accusing them of negligence.

The lawsuit said she is "owed a duty of care," but the company "breached such duty of care by negligently storing or placing the shingles on the roof of the historic property."

On Your Side reached out to Gulfeagle for comment and got no response.

Jessie Sherman is with Alpha and Omega, the roofing contractor.

"I don't have an iron in the fire," Sherman said."It was a careless mistake by them."

The building is still in the same shape it was six months ago.

"It has frozen our plans," Chishom said.

The owner is now turning to the courts for a resolution. The companies named in the lawsuit now have 20 days to respond.

This may not put an end to the practice of stacking bundles of shingles on the roofs, but it will make companies be diligent.