The Martin County Sheriff's Office shared a letter it calls fraudulent, but some people are speculating it could be an elaborate prank. 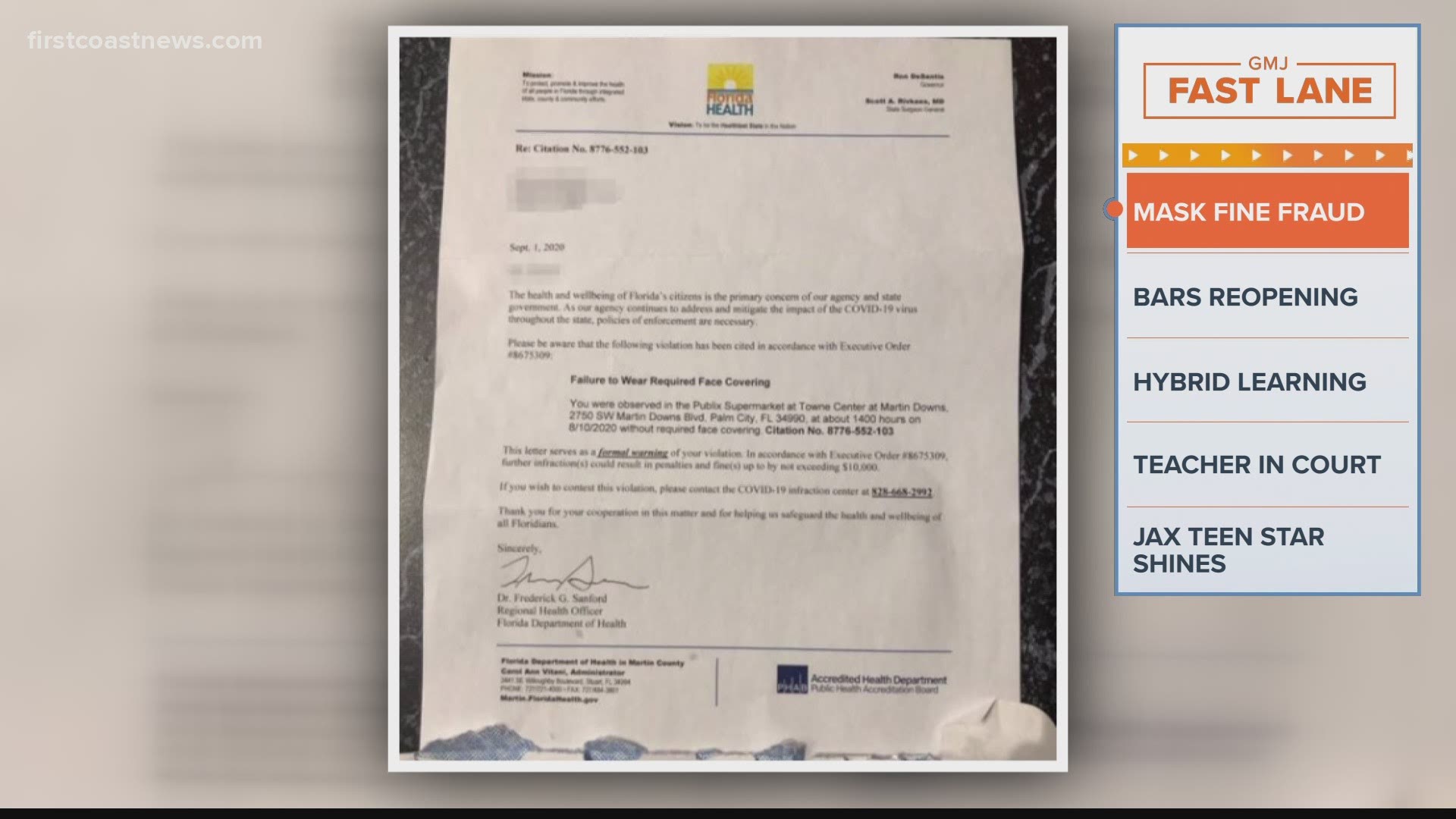 The Martin County Sheriff's Office is warning people to be on the lookout for fraudulent letters appearing to come from the Florida Health Department that claim the recipient could be fined for not wearing a face mask. The letters are being printed on what resembles FDOH letterhead, so they may appear to be authentic, but deputies say it's an attempt to scam the recipient.

The example shared on the MCSO Facebook page states the person it was addressed to was seen not wearing a mask at a grocery story close to the person's home and says the letter serves as a formal warning that future infractions could result in a fine of up to $10,000.

"THIS IS AN ATTEMPT TO SCAM YOU," the sheriff's office post says.

Anyone who receives a similar letter or a phone call from anyone attempting to collect a fine for a mask ordinance violation is urged to disregard it.

The sheriff's office urges everyone to share the information with family and friends to prevent anyone from falling victim to a scam attempt.

Anyone with information about the source of the letters is asked to contact law enforcement.