ON YOUR SIDE: 'Where are my sister's ashes?'

For years they have had their doubts, and two years ago they had the mausoleum opened to place his son's ashes there, and discovered his sister's ashes missing. 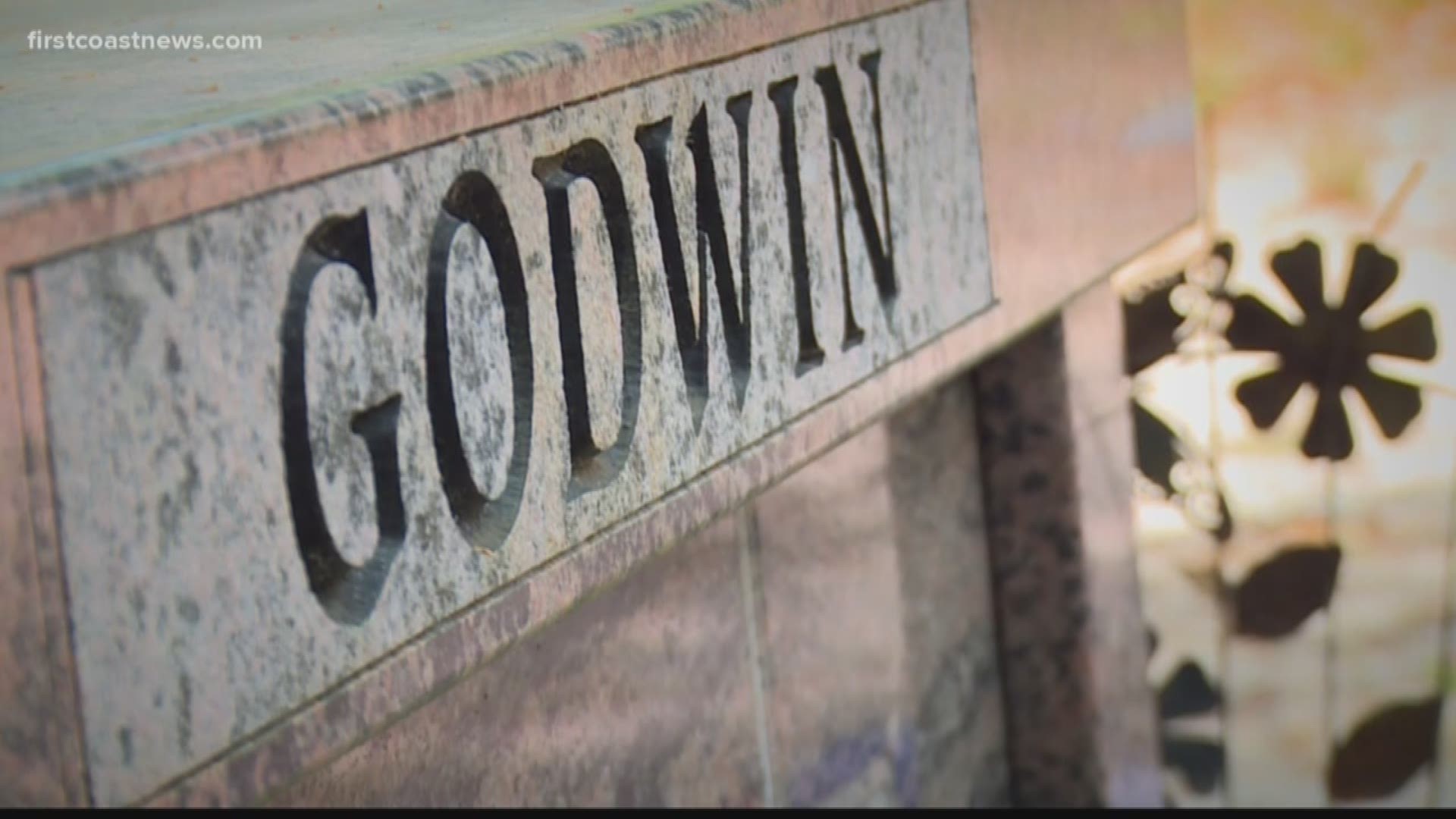 JACKSONVILLE, Fla. — Several times a year the Godwin family make a trip to Long Branch Cemetery to pay tribute to their loved ones, but for years the visits have been filled with uncertainty.

"I'd like to know where my sister's ashes are," said Bill Godwin.

Jeanne Godwin Parks died in 2008. Godwin said she was cremated in the state of Illinois.

He said the family paid Roy Vance Prestwood, Jr. of Baldwin's Prestwood Funeral Home, to have her cremations shipped to Baldwin and interred at Long Branch Cemetery.

"When they got them they were going to put them in the mausoleum we have out there," he said.

For years they have had their doubts, and two years ago they had the mausoleum opened to place his son's ashes there, and discovered his sister's ashes missing.

"It looks like nothing was ever in there," he said. "I feel like they never got her ashes."

In 2017, Prestwood Funeral Home was sold to the Warren family, but the new owners kept the name and now it is being inundated with calls.

It was prompted by the recent arrest of Roy Vance Prestwood,Jr. on insurance and organized fraud charges.

Prestwood Funeral Home was purchased in an arms-length transaction in 2017 from Roy Vance Prestwood, Jr. by Warren Family Funeral Services, LLC. The funeral home was recently contacted regarding an investigation of Roy Vance Prestwood, Jr. and his handling of insurance policies. The new ownership has fully cooperated with the investigation and will continue to fully cooperate with the investigation. The new ownership was in no way involved with any of the alleged criminal activity of Mr. Prestwood, Jr. We are deeply saddened by Mr. Prestwood's actions and will make every effort to assist all victims in this case. We look forward to continuing to serve the community.

On Your Side contacted Vance Prestwood, the previous owner. His attorney Timothy Pribisco said:

"This is unfortunate. but Mr. Prestwood fulfilled any obligation and the fact that the ashes are missing is no fault of the funeral home nor Mr. Prestwood"

Godwin doesn't know what happened. He knows his sister's ashes are missing and said his family will not have closure until the remains are found.

"We been going out there and now we find out she's not even out there," he said.

James Warren, the new owner of Prestwood Funeral Home, said he will go through the records and will contact the Godwin family to see if they can help find the ashes.