On Your Side: Victim of car burned in dealership blaze demands answers

Two months after a suspected arson at Riverside Chevrolet, a Jacksonville woman says she received no notice her car was among the three destroyed by fire. 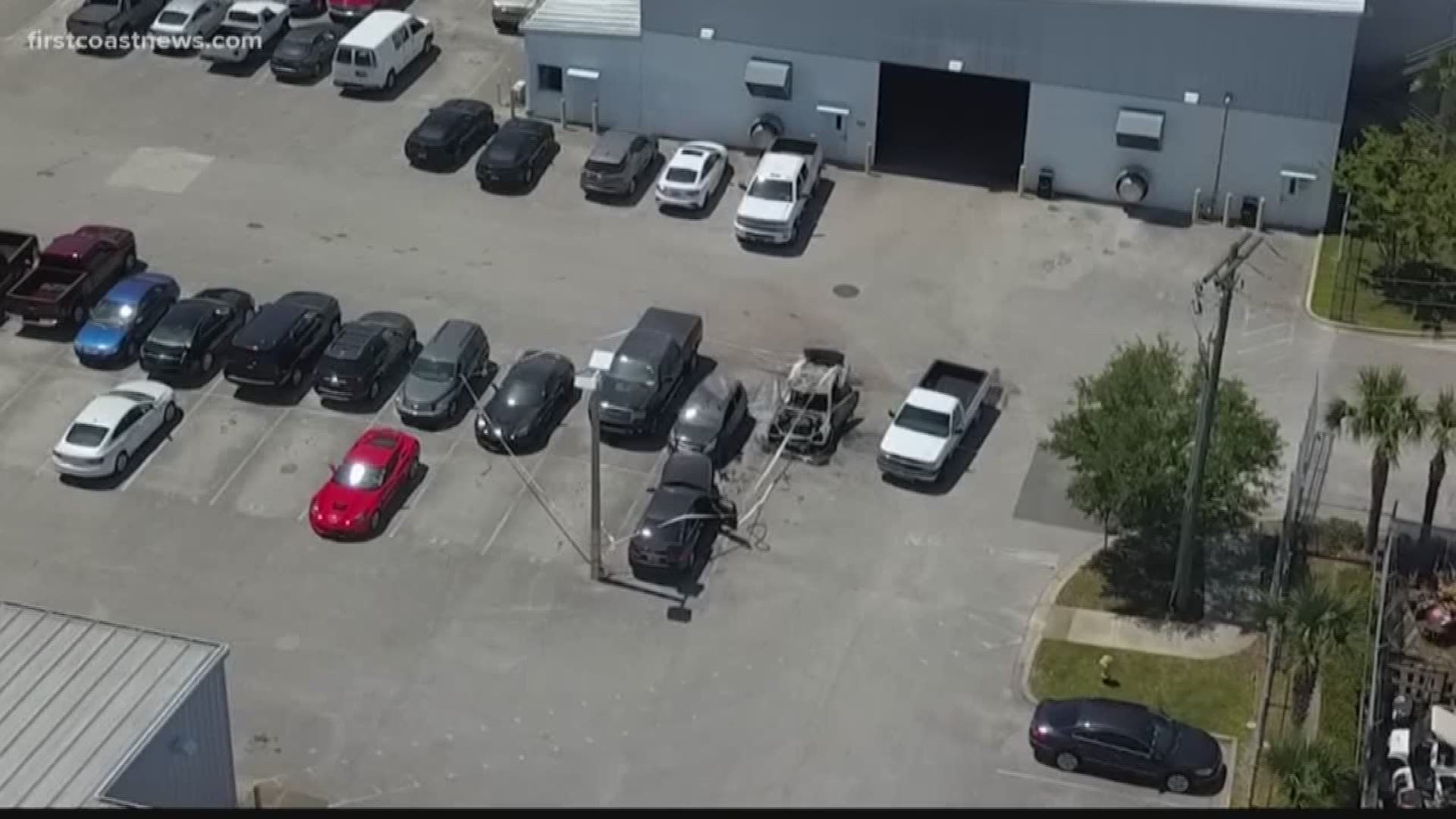 JACKSONVILLE, Fla. - A car dealership customer has more questions than answers after a suspicious fire and trail of complaints have left her without a car.

JFRD and JSO responded to reports of vehicles on fire at Riverside Chevrolet on May 7. The blaze happened as allegations were emerging about financial mismanagement at the dealership.

According to the police report, Shacria Deslandes was a victim of the arson that damaged four vehicles. Deslandes' vehicle was under lease and on the lot for service, but her complaints started long before the fire.

In the fall of 2017, she said she towed the car to Riverside for repairs when a stray bullet hit the car leaving it inoperable.

"Three weeks of me calling and leaving messages and no one returned my phone call," Deslandes said. "I'm starting to think there's something wrong with the car and you guys [at the dealership] just don't want to tell me. At this point, I don't want to stay on the lease because I can't use the car. "

In December, Deslandes filed a complaint with Attorney General Pam Bondi's office over concerns Riverside planned to bill her insurance over $6,000 to investigate the cause of her car problems.

Shacria Deslandes brought her car to Riverside Chevrolet for service after a stray bullet struck her vehicle.

"When I first initially dropped the car off, I told them my car was struck by a bullet and stopped moving," she said. "So it took them three months and $6,000 to find out what I told them was truth? It's like they saw an opportunity to take advantage of me and my insurance."

She said she refused to keep paying the monthly payments sent to her each month for the lease, and in light of the damaging fire, she wants her financing company to clear the car from her credit. Deslandes said no one from Riverside has notified her about the arson.

First Coast News has reached out to the original managers of Riverside Chevrolet for weeks and received no response. The dealership recently came under new management through Beaver Toyota in St. Augustine. A message left for a Beaver manager on Friday about Deslandes' car was not returned by the publishing of this article.

Deslandes' complaint was one of dozens filed against the dealership with the Better Business Bureau, Attorney General, Florida Department of Highway Safety and Motor Vehicles and the Florida Office of Financial Regulation.

Lance Tomkins, spokesperson for the Division of Investigative and Forensic Services , said as of Monday the arson remains an open investigation.

"Investigators believe this fire to be suspicious in nature and encourage members of the local community if they have any information to contact the Arson Tip Hotline by calling 1-877-662-7766," Tomkins said. "Callers can choose to remain anonymous and information leading to successful arrest and prosecution may be eligible for a cash reward."