ON YOUR SIDE: Parents of children with special needs push back against Medicaid proposed changes

Armed with placards, they rallied outside its Jacksonville offices and inside met with state officials to express their opposition to proposed cuts and other changes. 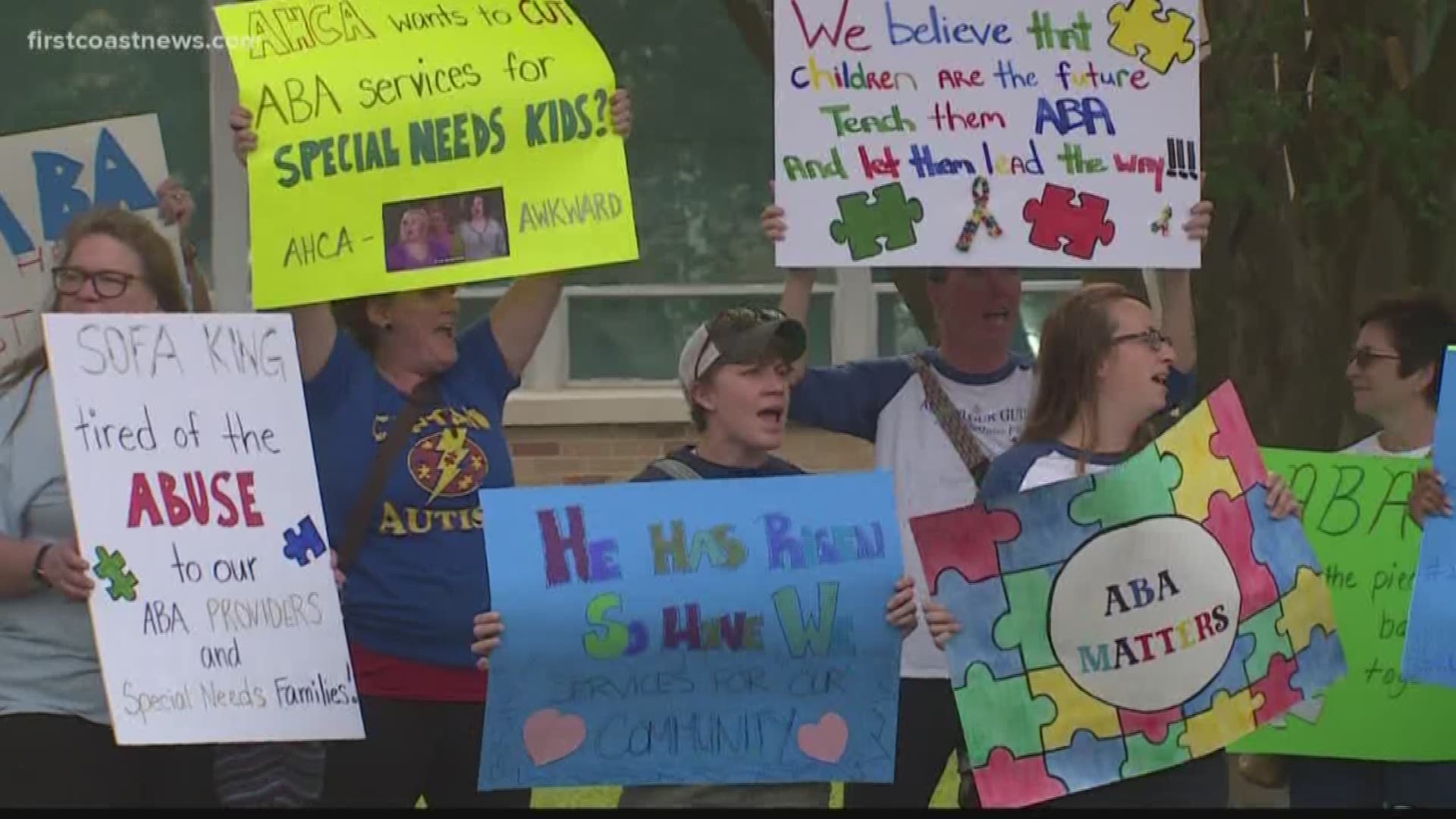 JACKSONVILLE, Fla. — Jacksonville parents with children with special needs are upset with the Agency for Health Care Administration.

Armed with placards, they rallied outside its Jacksonville offices and inside met with state officials to express their opposition to proposed cuts and other changes.

Maass and his wife Priscilla were at the rally and the meeting.

"Parents are feeling they're not getting the services their children need," she said.

They have a 13-year-old daughter who has been living with Autism. They know the challenges.

"As Autism parents we have been fighting from day one to get services for our kids," Asa Maass said.

Their daughter has been able to receive services for the past five years. Three months ago, she stopped receiving help from Medicaid.

"The program helped," she said. "She's now able to go to the grocery store and attend family functions."

They're now Content Creators and they're using social media platforms to help other parents.

"As a mom, it hurts me to think of the other kids who are so much younger to not be given a chance to get where our daughter has gotten because of these services,' Priscilla Maass said.

Medicaid /ACHA is proposing cutting its reimbursement to service providers as much as 50 percent.

"It was a very short sighted thought," Candy Hurst said.

"We love what we do and it is really not about the money," Hurst said. "We want to see the kids making progress but at the same time we are small business owner just like everyone else."

On Your Side reached out ACHA and was provided this statement.

"After hearing and carefully considering a large amount of public feedback, we have decided to modify our implementation schedule to address the concerns over the changes in behavior analysis services. The Agency is fully committed to getting this right, and we look forward to continue working with families and providers toward our ultimate goal of ensuring children receive the right service, at the right time, by an appropriately credentialed and qualified provider.”

The modified changes and schedule will include the following: