ON YOUR SIDE: Jacksonville resident says he's fighting SunPass over toll bills that aren't his 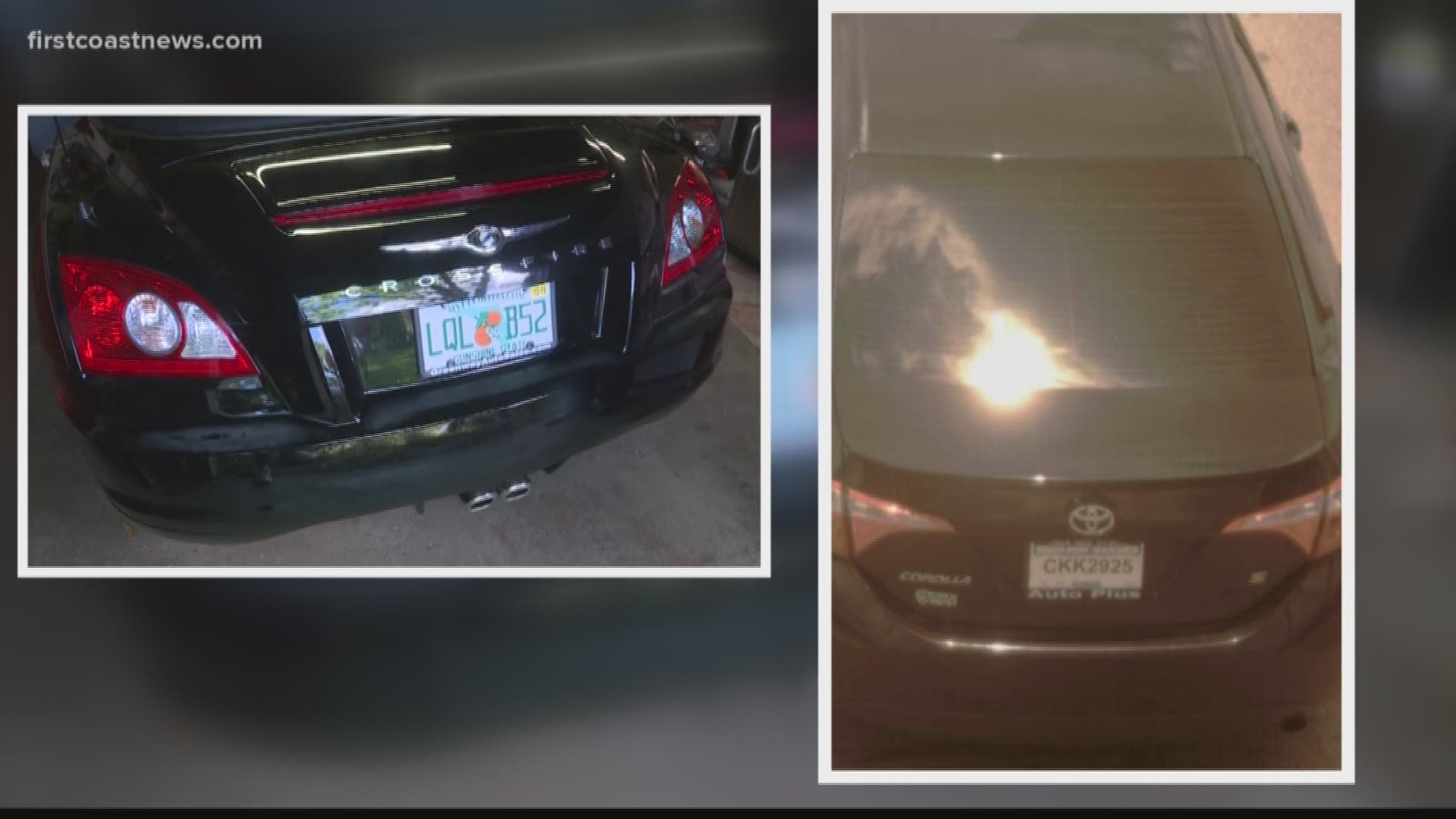 JACKSONVILLE, Fla. — Jacksonville resident Kimm Leach says he's fighting with SunPass over a toll bill he says someone else has been accruing in South Florida.

Caught on camera is a photo of a Toyota Corolla running a toll on the Miami Expressway. Leach says he's been receiving invoices for these toll violations.

He says he's been trying to correct the error for months.

"How can you not see the evidence in front of you," Leach asked.

If he was in a courtroom, Leach has strong evidence to support his case.

The first piece of evidence is his 2005 Chrysler Crossfire that he keeps in his garage.

"This is my baby," he said. "You can see from the back of the car, it doesn't look nothing like that Toyota. It is clear the two are not the same."

In April, when he purchased his Crossfire, he was given a temporary tag. The vehicle that ran the toll also has what looks like a temporary tag, but with the same number.

"It is registered to me and that's their thing and they say, what if you gave it to somebody," he said.

Leach's second piece of evidence to support his claim is that he still has the now expired temporary tag.

"It is in my possession, it never left me," he said.

And according to the invoices he has received, the Toyota in question is still in running tolls in Miami with the duplicate tag.

"The bill is going up everyday," he said. "Last Friday, when I checked it was $219.07. Sooner or later, I keep thinking they will come to their senses."

Is this an isolated situation?  Apparently not.

First Coast News' On Your Side team searched on the Internet and we found similar billing complaints in Miami and Orlando.

And after we posted Kimm Leach's experience on Facebook, On Your Side heard similar complaints

Neolani Perry wrote: "Never had a BMW ... have not been to Miami...I'm not giving them a penny."

On Your Side contacted Florida's Turnpike Enterprise, which is responsible for the Sunpass System.

A spokesperson said this case has been turned over to the resolution team for research and to protect his privacy that is all that could be said for now.

As too how often, there is an error in billing, that information was not readily available.