The Daily's plan calls for using 7,000 square feet for the convenience store and 14,000 for an office building. 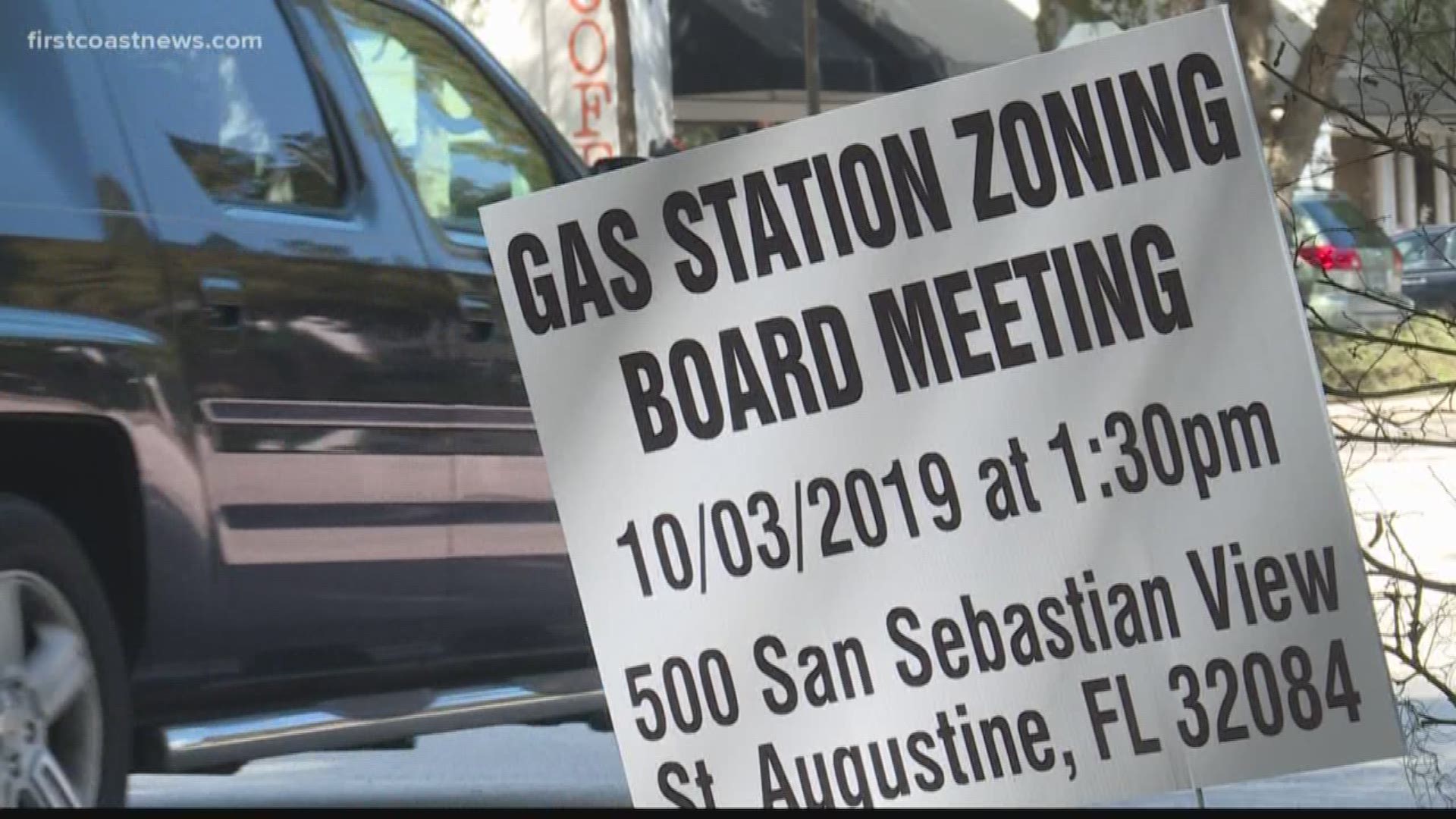 "This will have a negative impact on the area," said resident Harry Fairfield.

The seven-acre site used to be a nursery. It is adjacent to the road that leads into the Fruit Cove Estates subdivision.

Fairfield is a resident of that area. The retired real estate appraiser said there are 44 homes in the subdivision and everyone is concerned about the impact of a Daily's gas station next door.

"The property values are just going to plummet," he said.

The St. Johns County Planning and Zoning Agency met Thursday to discuss the request for a land-use change from Residential to Community Commercial.

The residents lined-up one after the other to tell the board why they are opposed to the proposed gas station.

"It makes no sense," said Fairfield.

The residents argued that a gas station would make ingress and egress to their neighborhood very difficult. They also expressed about the potential impact of a gas station on their drinking water wells and septic tanks.

On after the other, they made a passionate plea to deny the requested zoning change.

"We anticipate they will do the right thing," he said.

First Coast Energy is the parent company of Daily's. Company representatives presented a plausible plan showing that what is being considered is compatible to the other commercial properties.

The Daily's plan calls for using 7,000 square feet for the convenience store and 14,000 for an office building.

The company also showed it is committed to protecting the tree canopy by saving 120 trees.

Even so, it acknowledged that the store will attract around 202 vehicles per hour, but given the heavy traffic already in the area, it would result in a net gain.

"We want something in our backyard but not a gas station," Fairfield said.

Fairfield said the community knows something will be built in the old nursery lot eventually, but for now, it is opposed to a gas station.

In the end, the Planning and Zoning Agency voted 4-to-3 to deny the zoning change. The issue goes before the Board of County Commissioners at its November meeting with the PZA recommendations for denial.
.