Two years ago, when Jessica Bass was 19, she said she had expressed interest in living in The District on Kernan and had gone in to apply for a job. 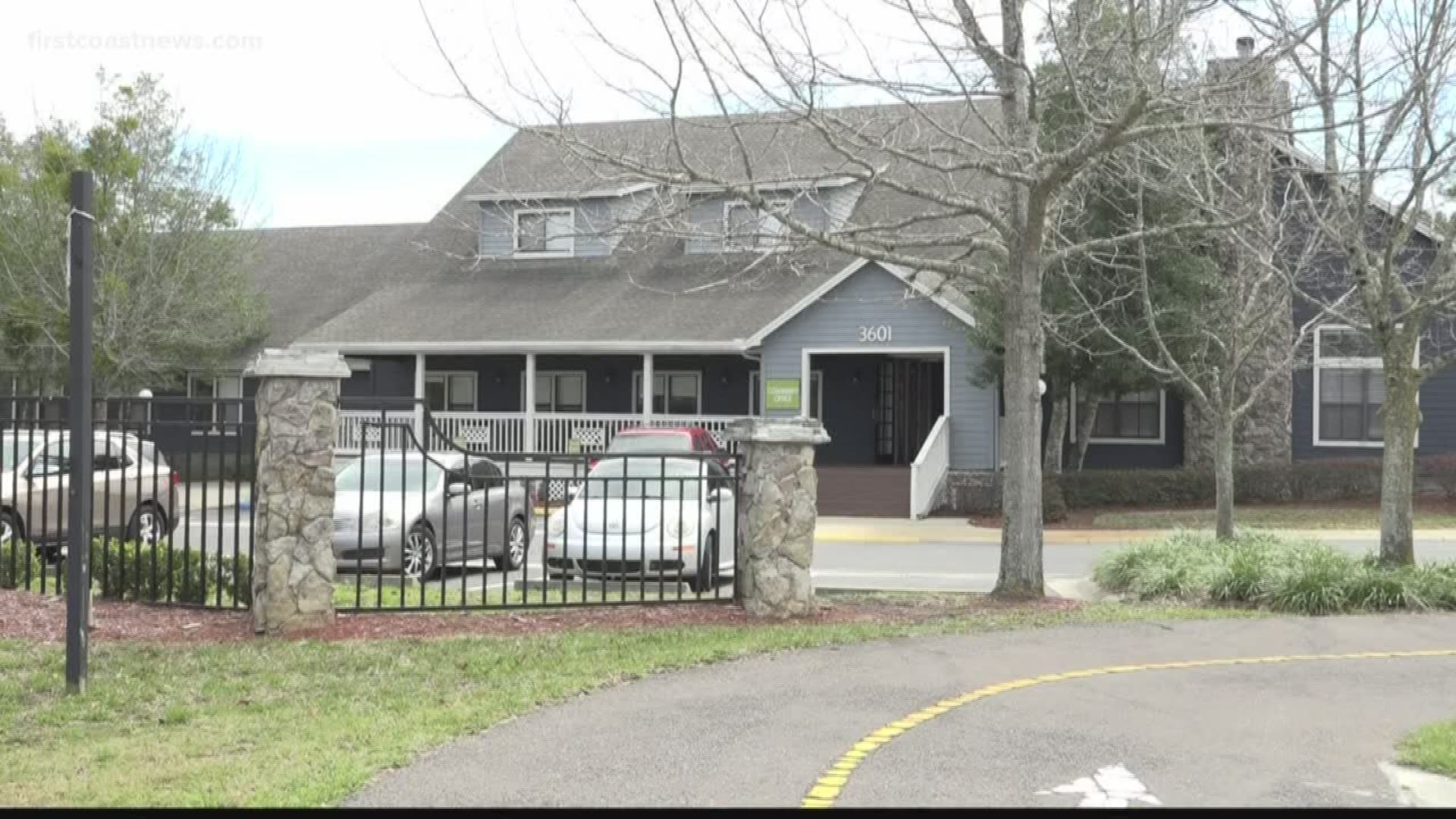 JACKSONVILLE, Fla — A Jacksonville woman spoke with the On Your Side team Friday after she said she was being charged nearly $2,500 for a room at an apartment complex where she never lived.

Jessica Bass, 21, is in the process of applying to be a community service officer with the Jacksonville Sheriff's Office. She said when she pulled her credit report, she noticed a discrepancy: just over $2,400 owed to The District on Kernan, a student-centered complex near the University of North Florida.

The money had been sent to debt collection. After contacting the complex, Bass said she called the collection company.

"They told me it was for The District on Kernan and I was like.. 'I've never lived there,'" Bass said. "She was like 'Well it shows on here that you did.'"

Two years ago, when Bass was 19, she said she had expressed interest in living in The District on Kernan and had gone in to apply for a job. She was not employed at the time and said she told the leasing agent she could only live at the complex if she could work there with the discounted rent rate.

Bass said the leasing agent told her that she should sign a lease to hold a spot if she should be hired.

Bass said she had not paid a security deposit and had never even gotten a set of keys.

First Coast News reached out to WE Communities, the management company that owns The District on Kernan. The company responded quickly, saying that the debt would be dropped.

"For a moment, I didn't think it was going to happen," Bass said.

A representative for WE Communities said they’ve had communications with Bass to let her know the debt was going into collections. Bass told First Coast News she had only gotten e-mails from the complex which had gone into her spam folder.

Zach Roth practices real estate law at Ansbacher Law in Jacksonville. He said oftentimes leases will hold more protections for the landlords than the tenants, and that leasing agents have a goal of looking for signatures to fill units on the property.

"The big thing to keep in mind is that once you put your pen to a piece of paper, or in this case an electronic signature, you've committed yourself to whatever it is you signed," Roth said.

With the debt removed, Bass said she plans to push forward with her goal of becoming a community service officer.

In the past three years, 51 complaints about The District on Kernan have been filed to the Better Business Bureau. They can be viewed here.

RELATED: Apartments for rent in Jacksonville: What will $1,100 get you?

RELATED: Apartments for rent in Jacksonville: What will $1,400 get you?

RELATED: What apartments will $1,200 rent you in Beach Haven, this month?