Decades after being stationed at Camp Lejeune, the Marine has been diagnosed with Kidney Cancer. 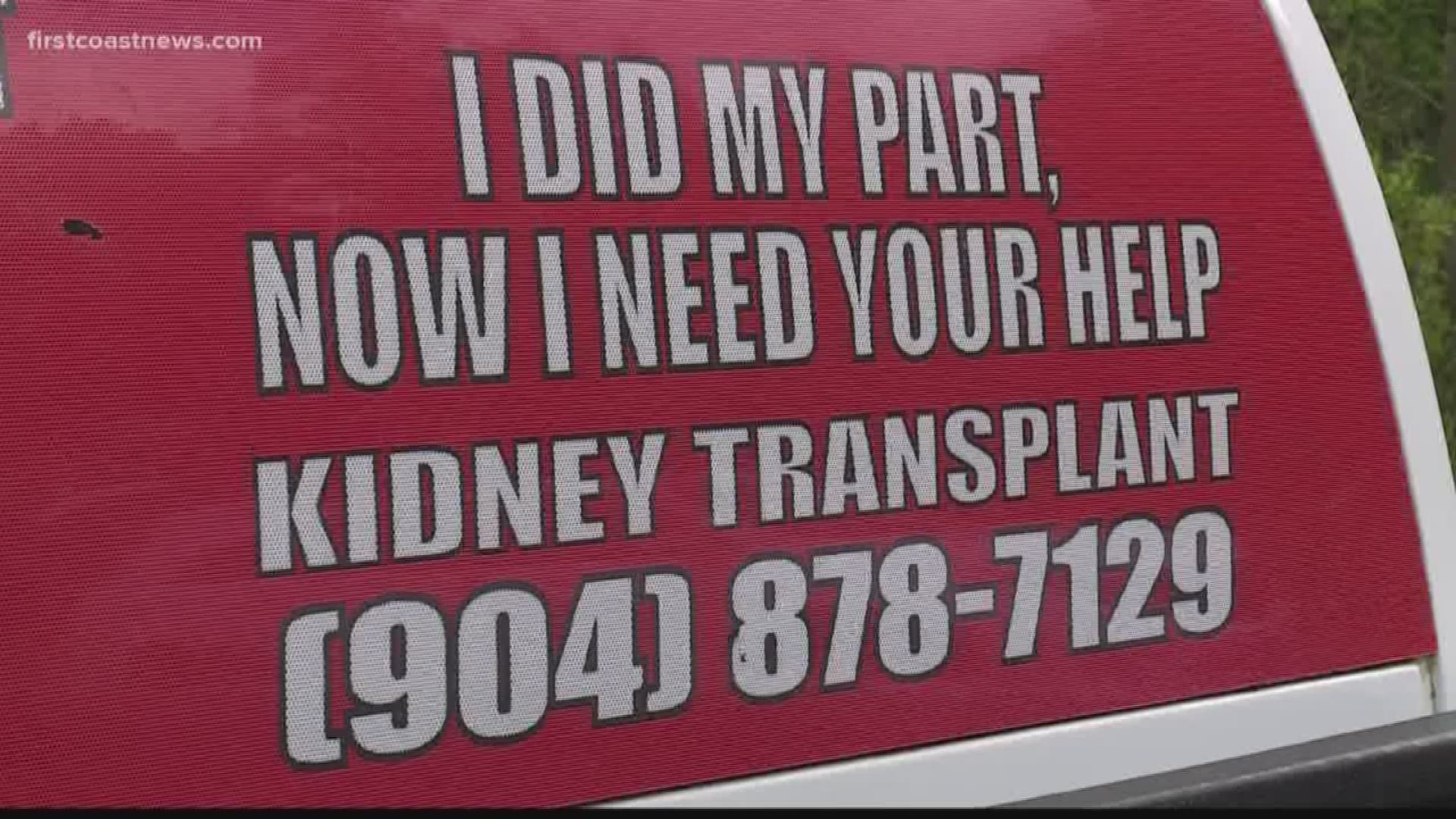 JACKSONVILLE, Fla. — Albert Tyner, 70, has a long history of service to the country in his family; five generations, to be exact.

"I went in during Vietnam, he said. "One of the proudest things I ever did was join the Marines."

Now decades later after being stationed at Camp Lejeune, the marine has been diagnosed with Kidney Cancer.

He was told that the cancer is related to his exposure to contaminated water at the military base.

"I went down to the VA and gave them all my records of where I was, when I was, and they made the determination," he said.

In 2000, Tyner would lose one kidney to cancer. In 2016, he was told his other kidney is not working properly.

"It is working like maybe ten percent," Tyner said.

For him it now means boxes of medical supplies in his living room and dialysis five nights a week.

He is now on a candidate on a kidney transplant list.

"It is a five year wait to find a donor," he said. "I've been waiting two and a half years."

In December he had a brainstorm that is slowly getting attention. He decided to let his Chevy pick up tell his story.

"I wanted a way that I could get the word out," he said.

His rear windshield was turned into a moving billboard with a simple message:

"I did my part, now I need your help"

"I just hope this would generate what I need for me or anybody that needs an organ transplant," he said.

It has generated a number of calls, but so far no donor.

Calls to (904) 878-7129 are directed to the Mayo Hospital Transplant Program and the website www.livingdonor.org

"I just try to keep my mind right about not getting discouraged. I mean, my time will come," said Tyner.

Tyner said his bags are packed.

And every time he drives his pickup, his cry for help goes out. He said one day it will be heard.

"My bags stay packed," said Tyner, " If I get that phone call all I have to do is grab that bag and go."