Residents in the former Eureka Gardens are living without water and using portable showers. "We can't cook. We can't bathe in hot water," a resident said. 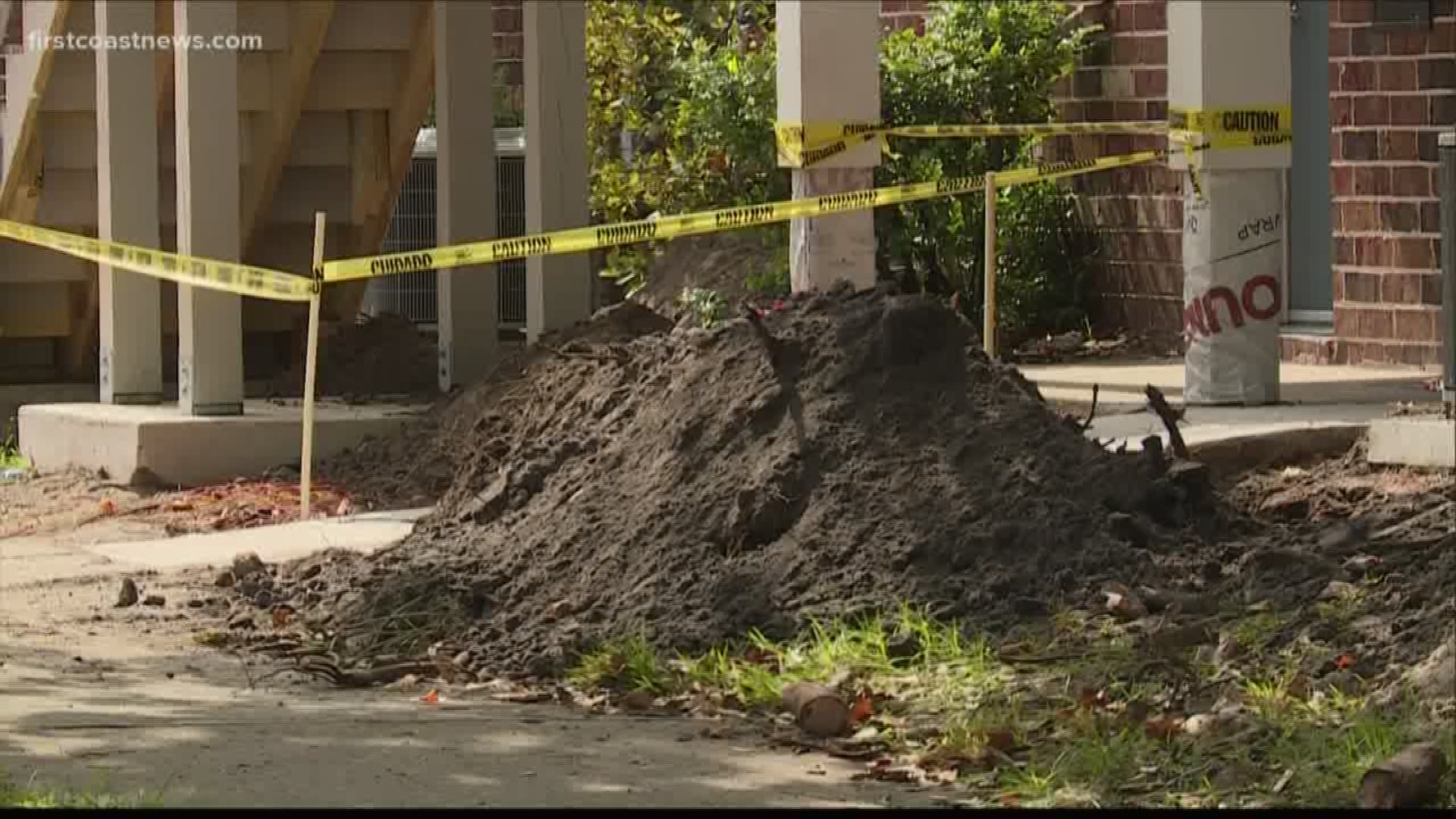 JACKSONVILLE, Fla — They were built in the late 60s and have been the bane of complaints. Before it was Valencia Way, it was Eureka Gardens, an aging low income
tenement under scrutiny.

Housing and Urban Development Secretary Ben Carson has visited the troubled complex as has Mayor Lenny Curry; all were critical of its conditions then.

"I think that this is a state of emergency," said resident Mona lisa Arnold, "I called the Governor."

She has lived there since 2006. Now she wants to know where are the elected officials.

"The Mayor needs to come out the ivory tower and come around here," she said.

In 2018 the property changed hands. Millennia Housing took over and is now in full rehabilitation mode at the complex. All 36 buildings are being renovated. But with the new comes new complaints.

"We can't cook, we can't bathe in hot water and it is not healthy," said Arnold.

The gas lines which power the water heaters and stove were turned off after a leak on Oct. 2.

The system is so dilapidated the owner was forced to replace the gas lines to all of the buildings.

"There are leaks throughout the entire complex," said Councilman Garrett Dennis.

Temporary stations were brought in for hot water showers and residents were provided electric burners. Those 65 and older or the disabled were given the opportunity to stay at a hotel, 11 families have taken that opportunity to date.

"I am not pleased. This is no way I want my family or loved ones to go and take shower in a portable shower," said Dennis.

The apartment is in the councilman's district. He said he is looking for more from the owners.

"One of the things I expressed to the owner, my number one concern, are the elderly and new born infants not having hot water, not having heat in those locations," said Dennis. "They need to spend extra attention and extra care for those most vulnerable residents out here."

The management is also providing hot meals to the residents.

On Your Side reached out to the mayor for comment and have not heard back as of late Thursday.

"We are working with our valued vendors and suppliers to restore natural gas service to the Valencia Way community as quickly and safely as possible.

After decades of gradual deterioration, the entire underground infrastructure is being replaced; during this time, we are focused on providing resources to residents to minimize inconvenience, including daily meal service, cooking appliances, secure temporary showers and fully functional laundry facilities.

We understand this is a difficult time for our residents, and that is why we are working diligently to restore service to the buildings on a rolling basis; as work is completed for each phase, service will be restored, expediting the process.

The new natural gas lines and new meters have already been connected to some buildings, but those are also being renovated, and there is no indication when residents will be able to occupy those buildings.

Millennia Housing Management said in all of the properties they have acquired and rehabilitated this property and the problems it pose are unique.