'I've had it with LG': Homeowner frustrated after smart washer floods home

The company appears to be making an earnest effort to make this owner content, but given their experience, LG may have to go the extra mile to win back their confidence. 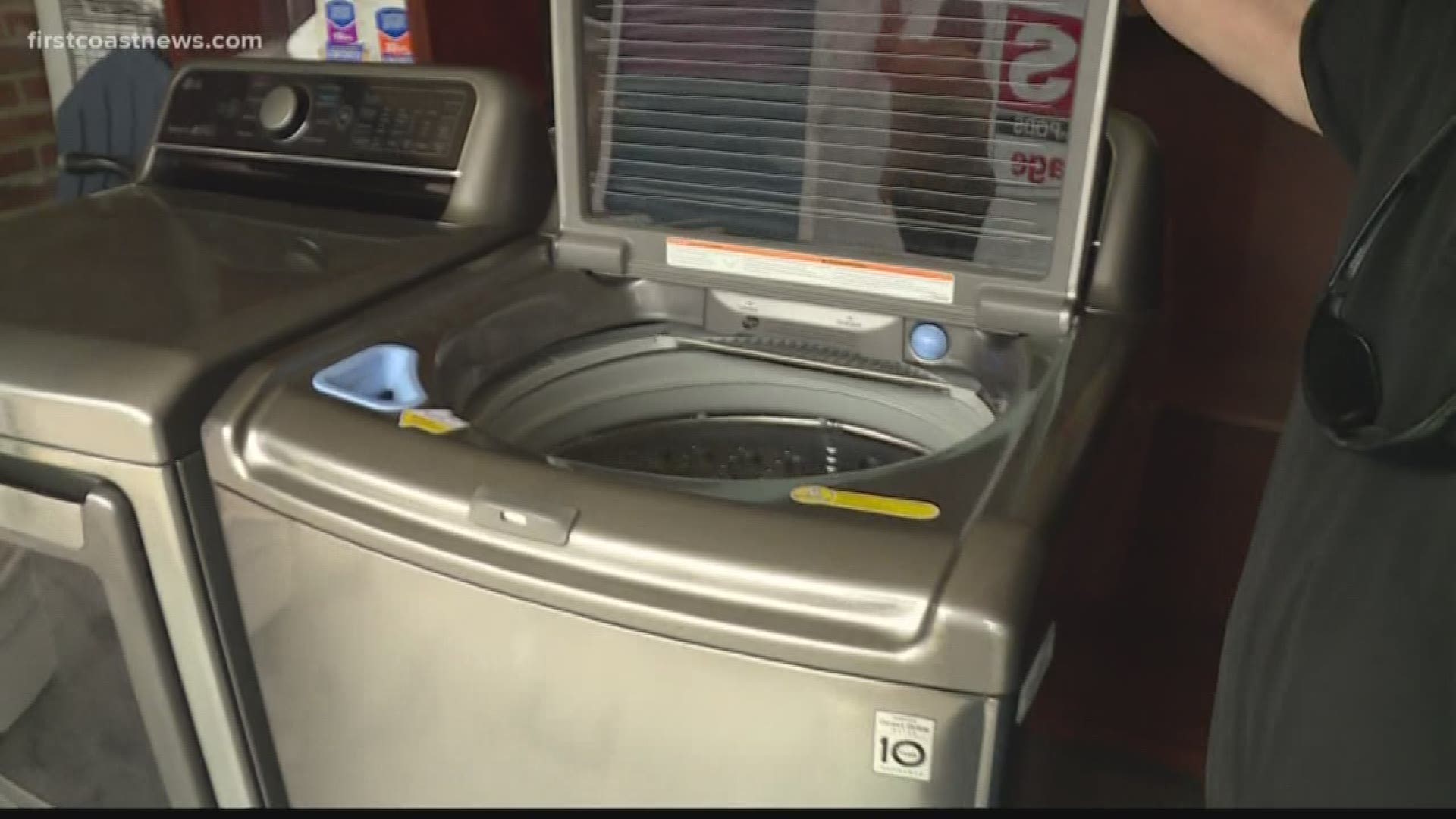 JACKSONVILLE, Fla. — Last December, Mr. and Mrs. Ginther made what they believed was a smart investment into a new washer and dryer. They said after comparing brands, they concluded the LG smart appliances were the best buy.

"I understand mechanically things break," Ginther said. "My contention is how LG has handled things since then."

They purchased the machines in December, but in February, while away from their home, the electronics in the washer failed and the water kept running.

"We came home and the LG washer had overfilled the tub, flooding the laundry room and my wife's home office," he said.

He said the water was high enough to cover the floors in rooms. He was surprised to learn how it happened.

"The technician they sent out said the cause is a pressure sensor, which caused the drum to overfill," Ginther said.

The rooms have since been gutted and being restored with homeowners insurance is covering the loss.

"We did not ask them to fix our house," he said.

Since the machines are relatively new -- they have been in operation six weeks -- he said he expected a quick response from LG's customer service.

Now, he said the experience has left him frustrated.

"We do not trust the reliability of the machines even if they are repaired,"
he said.

On Your Side reached out to LG and a company spokesperson provided the following timeline:

Ginther said he would rather them replace the unit so we asked and received the following response:

If the customer has lost confidence in the appliance is it LG’s practice to buy back and/or replace?

Unfortunately, we cannot replace/buyback the unit at a customer's request. In the event the unit can be repaired after being diagnosed, we move forward with the repair. If a non-repairable manufacturing defect is discovered during service, we review the case for all possible resolutions. In Mr. and Mrs. Ginther's case, the unit was diagnosed, but repair has not been completed as the customer was previously refusing repair. They have now accepted repair and are scheduled with a LG Factory Technician for Thursday Feb. 28.

What is the resolution to this consumer problem?

We would be happy to continue repair on the customer's unit on Thursday Feb. 28. If the technician attempts repair and the issue is not resolved onsite, we will certainly review the customer's case again for the next steps to resolution. As for the damages, our team has continued to reach out to the customer and received no response. Mr. and Mrs. Ginther would need to speak with the damage claims specialist assigned to their case for resolution. We have asked our specialist to reach out to the customer directly again in hopes of resolving this

The company appears to be making an earnest effort to make this owner content, but given their experience, LG may have to go the extra mile to win back their confidence.

"We had to scrape and save for several months just to get these machines," Ginther said.

For now, the appliances are being stored in his garage, while the restoration continues.