'I can't forget it': Jacksonville man remembers night his mother was shot to death

She was shot in the stomach, all because of the color of her skin, he said. 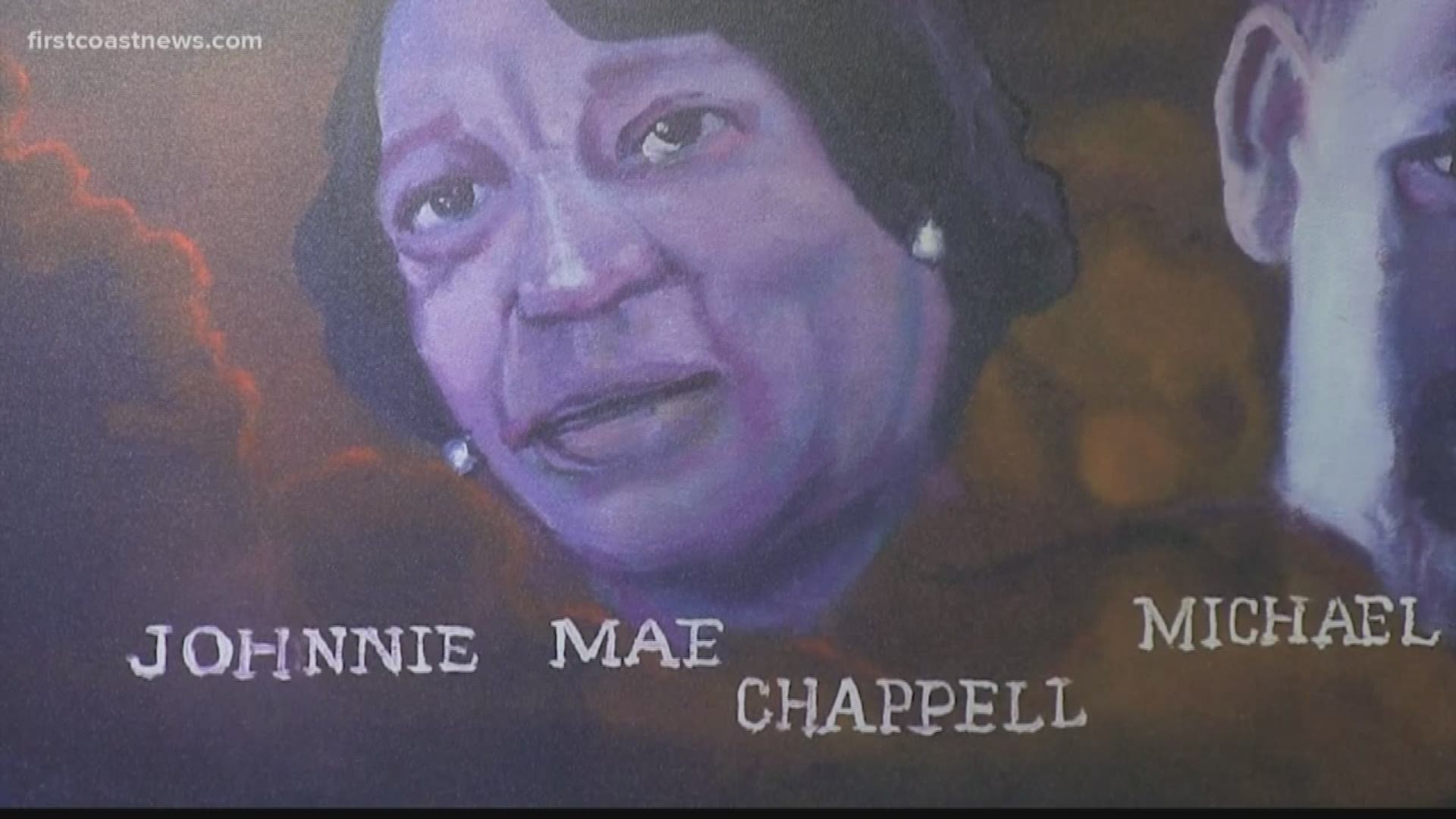 JACKSONVILLE, Fla. — Johnnie Mae Chappell is buried in an unnamed cemetery where the weeds around the graves are overgrown, as if the place has been forgotten.

Johnnie May Chappell would have been 90 years old and her son, Shelton Chappell, said she is very missed by his family.

How she died is a tragedy and stain on this community.

Racial tensions were high in Jacksonville. There were riots in Downtown Jacksonville but Johnnie May Chappell was never part of the riots.

This mother of ten children was on her way home from work, walking on New Kings Road. It was dark and she was around looking for her lost wallet.

According to accounts of what happened, a Black Plymouth drove by. In it, four white men full of hate, he said.

"One of them deliberately stuck the gun out the car and shot her," he said. "They wanted to shoot a black person."

She was shot in the stomach, all because of the color of her skin, he said. She would die at the hospital from her wounds.

Shelton Chappell was 4 months old when his mother was killed.

"I am wishing I could have grown up with my mother," he said. "I wish my father would have known more before he died, he was age 80, he knew none of this."

"If we don't tell the story, it will get lost," Shelton Chappell said.

He refused to let her memory become elusive like the justice the family desires.

"There has been no justice," he said. "No one has publicly apologized for the atrocity to my family."

He said there were even greater ramifications. Shelton Chappell said in the wake of his mother's senseless death, the courts placed her children in foster homes.

"I was in ten foster homes here in Jacksonville," he said.

J.W. Rich, one of the four men who reportedly shot her, was convicted manslaughter and served three years.

"Justice has not been served," Shelton Campbell said. " No! No way."

In 2000, Johnnie Mae Chappell was named a Civil Rights Martyr by the Southern Poverty Law Center.

Shelton Campbell said over the years, he has found peace in playing his saxophone.

Family members will be at St. Paul A.M.E. on New Kings Road on Sunday to remember Johnnie Mae Chappell.

"I can forgive them, but I can't forget it," said Shelton Chappell.