First Coast News made a private Facebook group to be a safe space to talk about your struggles and ask experts for help. 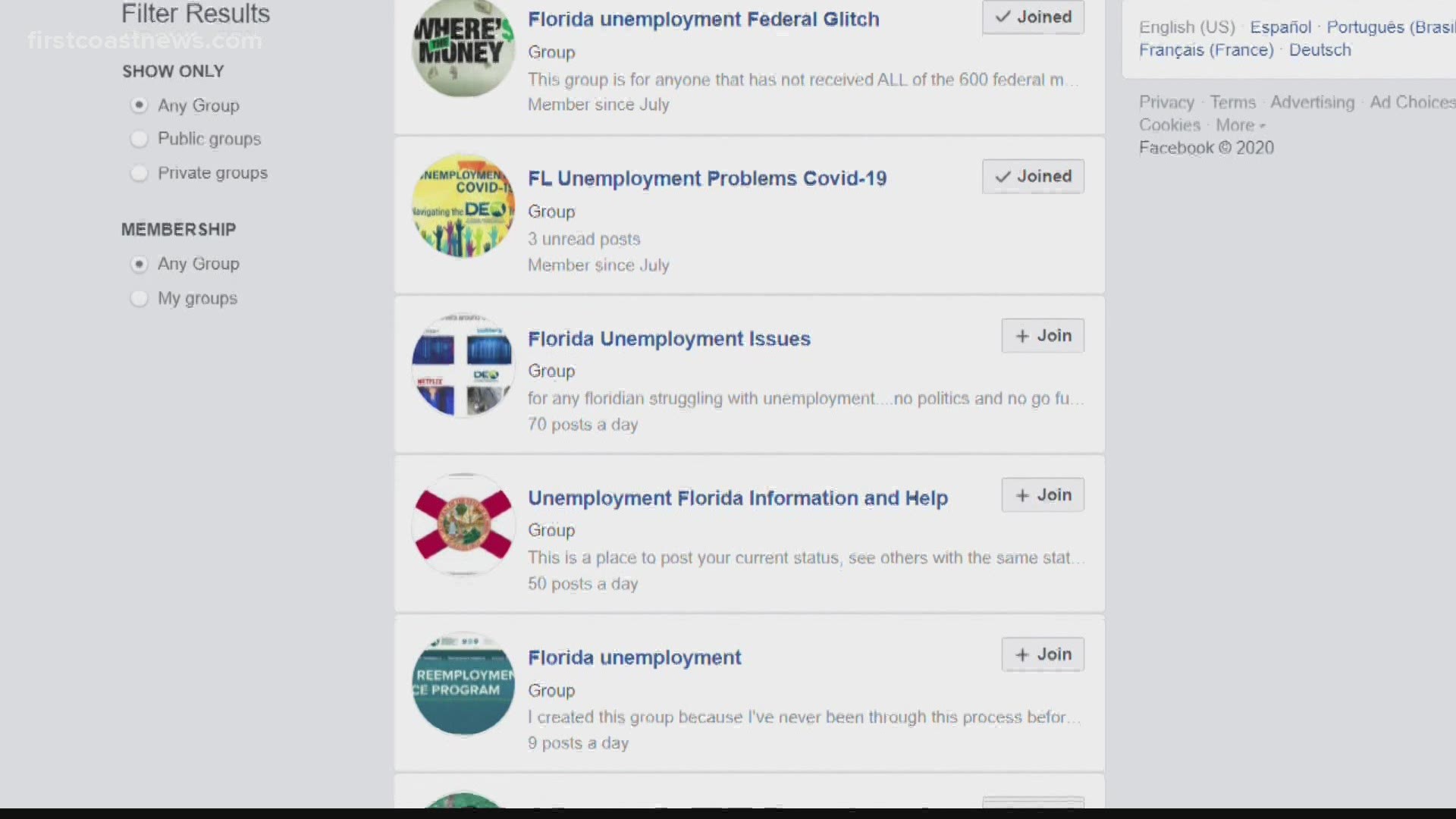 JACKSONVILLE, Fla — Many people say when the Department of Economic Opportunity wasn’t there for them, other unemployed Floridians were. Facebook groups have emerged throughout the months and created an unemployment community.

“They were so helpful,” said Courtney Manarina. “Anyone who had questions, questions about how to navigate the website.”

The groups haven’t only been a place to get help, but also a place to vent about their struggles.

“It’s a very positive attitude in these groups,” Manarina said. “Everybody just tried to build everybody up.”

“Honestly I wasn’t asking for help,” Manarina said. “I just wanted for people to hear what people are going through now in Florida.”

Many offered help right away.

“It’s a once in a lifetime thing that you meet people who genuinely care,” said Sarah Bruen, who was also helped through Facebook groups.

She simply commented on a post that asked how people were doing.

“I wrote that I needed to wake up at 6 in the morning to drive to McDonald's so my daughter could do her homework on the free Wi-Fi,” Bruen said.

A member reached out, offering an unlimited hotspot for her daughter to do school work from.

“There’s actually still people out there who want to help and it has restored my faith in humanity,” Manarina said.