"A few days ago it flooded from the street all the way up to this power pole, about 200 feet," resident Bob Terrell said. 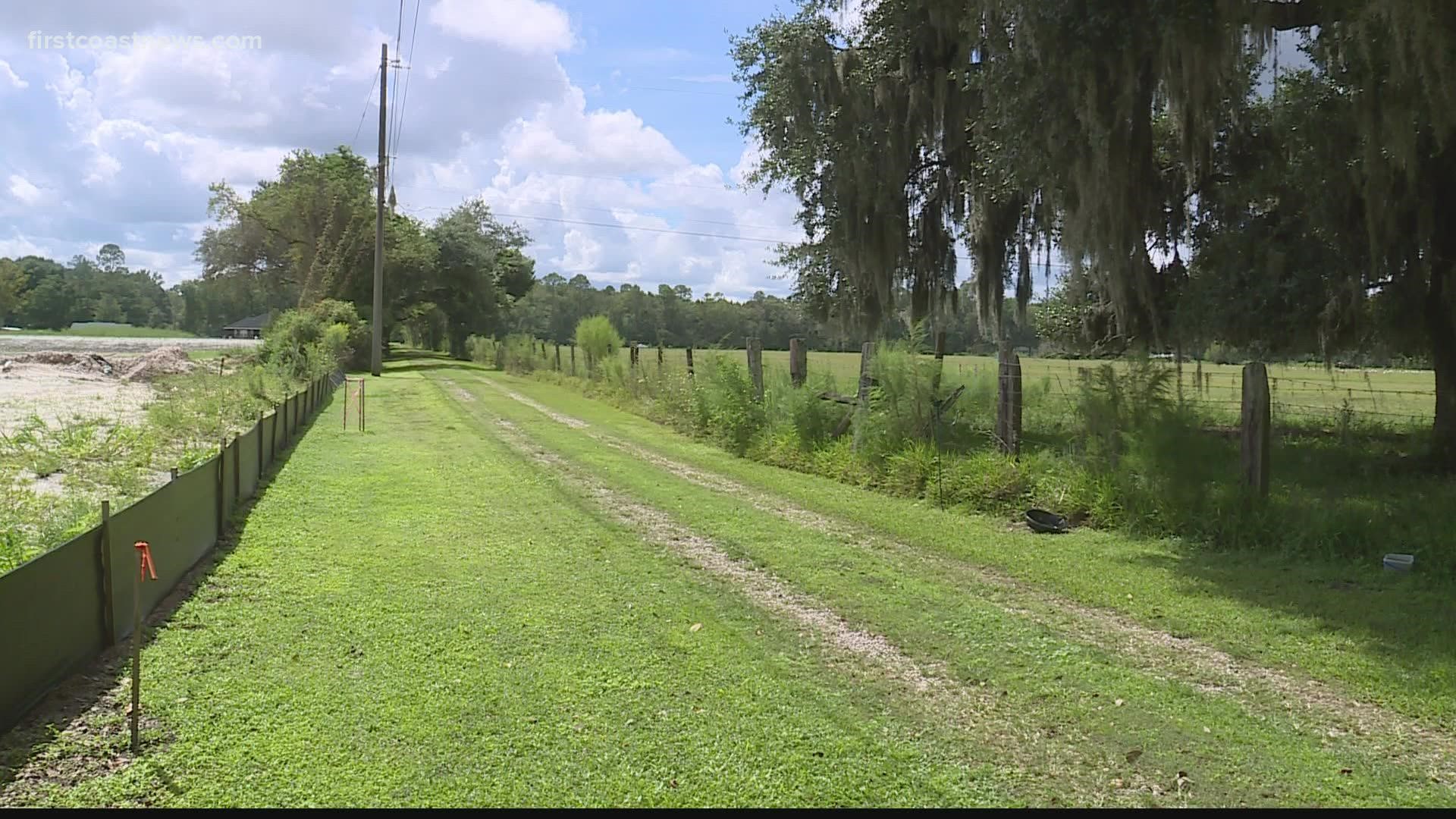 JACKSONVILLE, Fla. — Dinsmore is a Jacksonville neighborhood that offers its residents country living. It is sparse and urban.

Bob Terrell and his family moved to Dinsmore in 1999 on a five-acre tract of land.

"Not too many people lived out here then," said Terrell. "It was full country."

Not anymore. The country is moving out and the residents that owned the cow pastures are selling their property to developers.

One development underway calls for 200 plus homes right next to Terrell and his neighbors.

"We are flooding," he said. "We are starting to get more and more water now and the more they develop the more water we are going to get."

Terrell said in the developers preparing the land for their new home construction, they changed the elevation. Now he said the water is not draining properly if it drains at all.

"A few days ago it flooded from the street all the way up to this power pole, about 200 feet," said Terrell. "Within six inches of my neighbor's driveway. It was right at his door."

A picture from another neighbor's property shows the yard completely submerged.

"Just a moderate-heavy rain and the ditches will overflow, they didn't use to," he said.

Terrell said they are caught between two new development, one is already in the works. The other is going through the zoning approval process.

His concerns are his property and his livestock. They operate a rescue for certain farm animals.

"They're raising the land up, they're almost eight feet high in our back pasture and it was level before," Terrell explained.

The community has reached out to city hall with email after email.

"So far we have got nothing," he said.

But they are being persistent. He said this is not a fight against the development, they know it is coming. However, it is a fight to minimize the impact any new development may have on his community.

"It is the little man fighting the big man," said Terrell. "I don't know if we'll get anything done."

On Tuesday On Your Side contacted city hall. We learned that the city plans to send an engineer to the neighborhood next week.

The main purpose is to listen to the community's concerns and investigate if the new development is in fact contributing to their flooding problems.