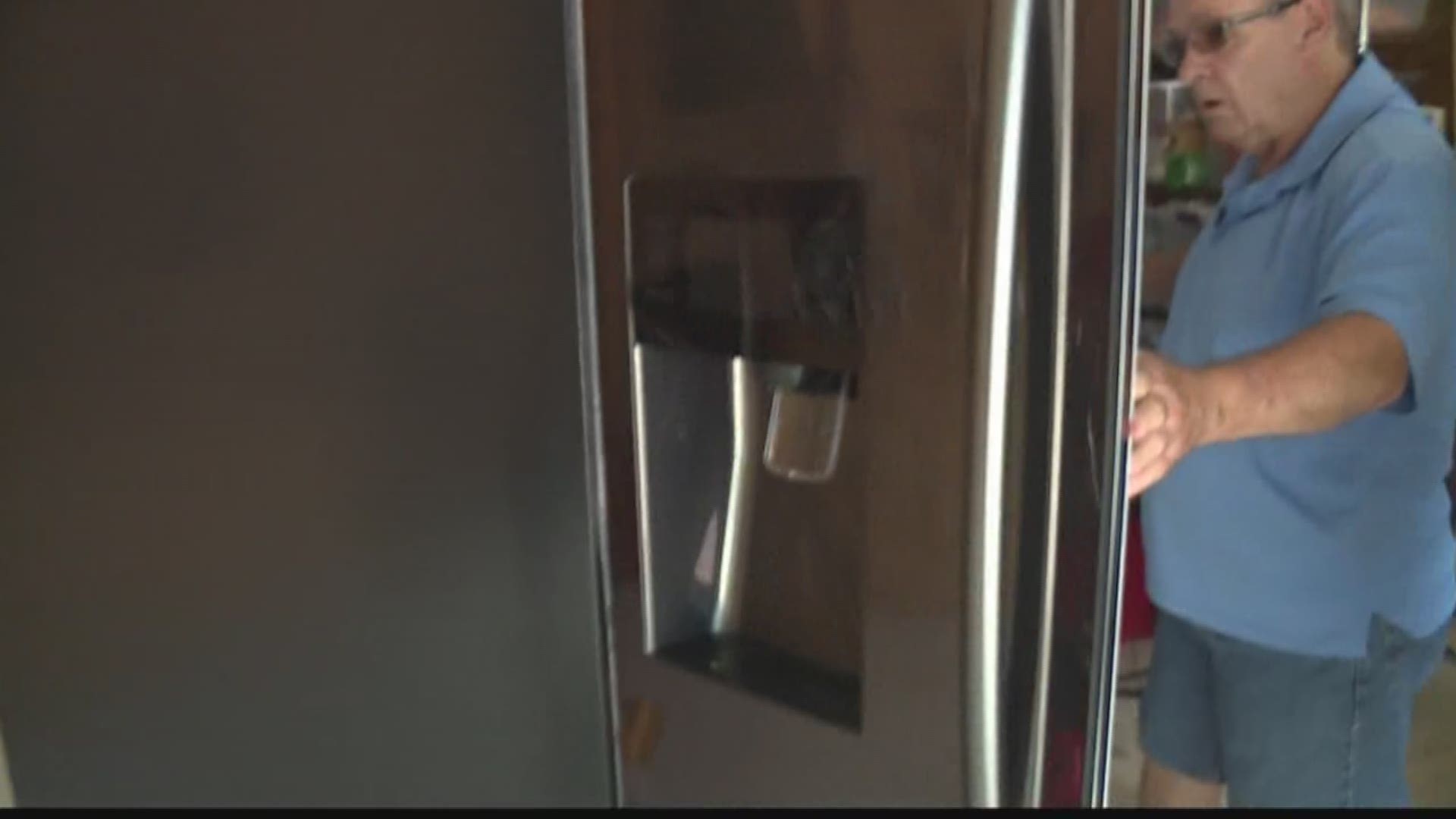 JACKSONVILLE, Fla. - Ken and Lili Kuntz are very frustrated by the recent purchase of a Samsung refrigerator.

"We got sick of tired of waiting and waiting," Ken Kuntz said. "So we went out and bought a new refrigerator."

The new refrigerator is suppose to replace the other one that is now being stored in his garage.

"I sat in Lowes for two hours crying saying I want a refrigerator that works," Lili Kuntz said.

The retailer told them it was beyond 30 days and they need to call the manufacturer, which they did. Samsung responded, dispatching a technician to their home more than once.

"They changed the whole compressor and they had it running for a week, nothing," Ken Kuntz said.

His level of frustration went from cool to hot, just like his defective fridge.

"I said when are you guys going to get it fix," he said. "Why don't you just say it is a lemon and admit it."

He was told as long as they can fit it, they will try to fix it.

"Well after a fifth time or sixth time, they finally said you are going to have to call Samsung and good Luck," he said.

In February, they filed a claim and has been trying to get a $1,400 refund ever since.

"We keep making phone calls and sending emails," he said.

It made us wonder why did he not file a lemon law claim? It turns out that Florida's Lemon Law does not apply to appliances.

However, under the federal Magnuson-Moss Act a consumer might find some remedy.

Right now, all the Kuntz family wants is for Samsung to refund their money and remove the defective fridge that is still parked in their garage.

"Every time we do something, they always have another excuse to get nothing done," he said.

Their problem is not an indictment of all Samsung refrigerators, but it speaks to customer service.

On Your Side reached out to Samsung and a spokesperson gave us this response via email:

“At Samsung, consumer satisfaction is core to our business and we aim to deliver the best possible experience. We are sorry to hear about Mr. and Mrs. Kuntz’s experience and have followed up with them to resolve the matter to their satisfaction. We encourage any Samsung consumers who have questions or concerns to contact us directly at 1-800-SAMSUNG.”

As stated, Florida's Lemon Law does not cover appliances, so what do you do?