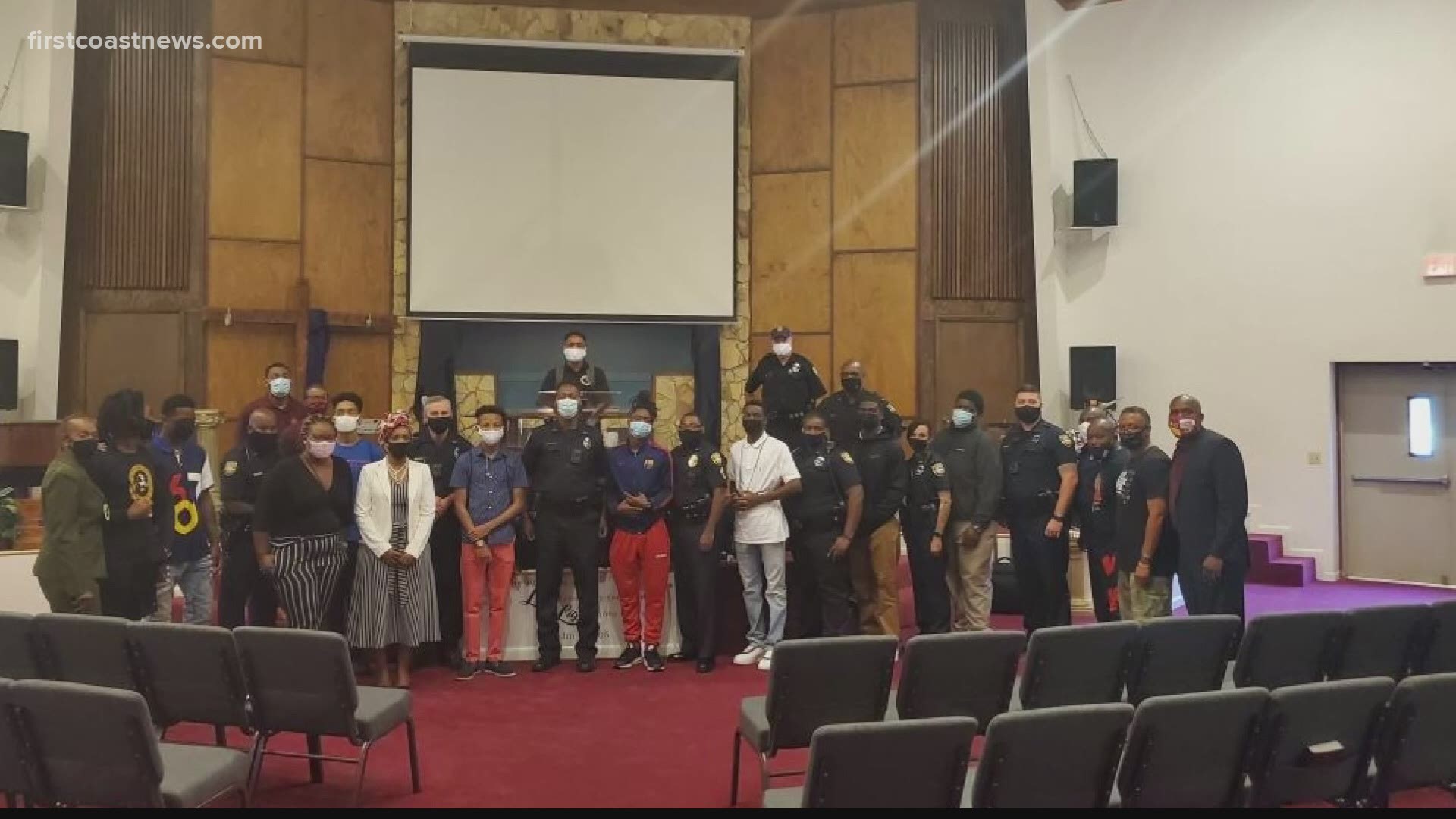 JACKSONVILLE, Fla — The cry for social justice heard around the world has caught the attention of many, including John Guns, the pastor of St. Paul Missionary Baptist church. In response, he created a program designed to bridge the gap between police and the community.

"We can not only protest, which is necessary, but we needed to create opportunities," said Guns.

This is not the first time he has been overwhelmed to do something.

In 2012 after the killing of Trayvon Martin by neighborhood watch coordinator George Zimmerman, Guns saw the opportunity to create Save Our Sons, a program to steer young African American boys from potential trouble by growing them mentally and spiritually.

"We help them so they can manage themselves in this country," said Guns.

His works puts him in the urban core communities where young men are fighting economic challenges, peer pressure and repeated violence.

He said he was tired of doing funerals for young Black men.

The social injustice protests of 2020 and divine intervention have caused him to launch a new program called Bridging the Gap.

Guns said it is God-inspired and when he picked up the phone to engage Sheriff Mike Williams, it was fully embraced.

"The sheriff has verbally committed to this and that comes with funding," he said. Guns said it is about $20,000 for the first year of the program.

He has also enlisted the help of the Duval County School Board and Bethune Cookman University.

The first session between teenagers and law enforcement was a few days ago. The next session is set for Oct. 3.

In a community where the relationship with the police is tenuous, Guns said this effort can be transformational.

"I think the people who are engaged understand the value of this and the necessity of this," he said.

The first group of teenagers are 15 students from Ed White High. Guns said they have commitments from other high schools and will take the program to those schools in the months to come.