On Your Side: Kitchen makeover ends in dispute between homeowner and contractor

"They did not cut it right," Ron Thomas said. 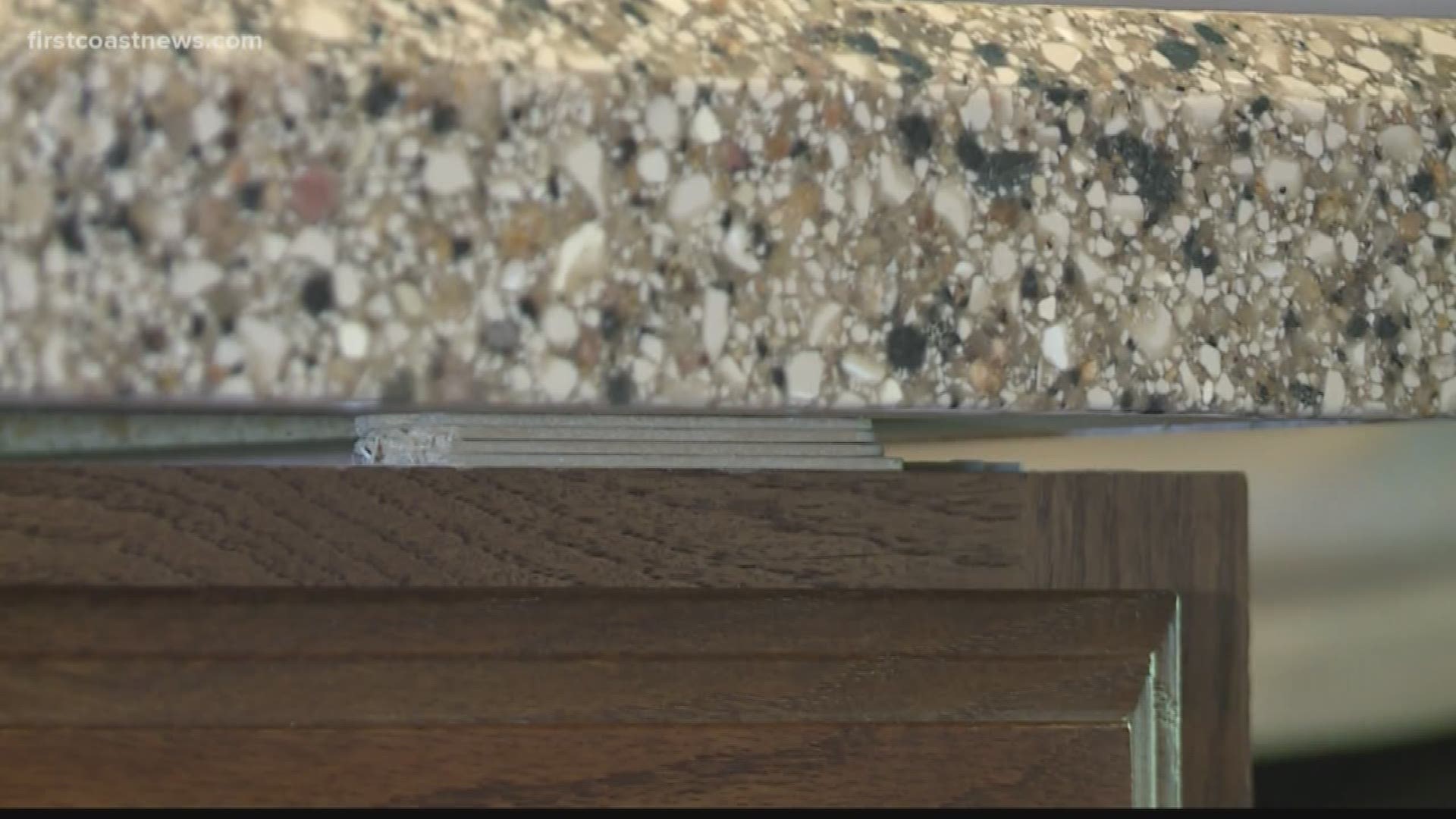 JACKSONVILLE, Fla. — Monday at Urban Bean in Orange Park, Ron and Lynette Thomas showed up with documents, pictures, and a complaint about their kitchen makeover.

"They did not cut it right," said Ron Thomas.

Last April, the couple contracted with Granite Transformation Jacksonville to install new countertops. It was a $6,000 project.

"Where my island is, is okay," said  Lynette Thomas. "Where my refrigerator is is fine."

She said they're pleased with most of the work, but not all of it.

"I've been asking them to come out and replace it," she said,

At issue is the countertop that extends from the kitchen sink and around the stove.

Granite Transformation, generally speaking, comes in and measures your counter space, then makes a granite countertop that fits over the existing countertops.

For most homeowners, that means no demolition, and the use of the kitchen in hours if not a day or two.

But what is unusual about the work done in the Thomas home is that the installer had to elevate the existing countertops and place shims between the existing cabinets and the new countertop to make sure the surface is completely level.

And as a result, there is a gap between the countertop and the bottom kitchen cabinets, a gap which the couple says did not exist before.

"This right here was installed incorrectly," she said.

Granite Transformation Jacksonville is a 14-year-old company; It is rated A+ with the Better Business Bureau.

There are six complaints recorded on the BBB's website, five of them are related to product and service. The BBB reports the complaints were resolved.

What happened with the project in Ron and Lynette Thomas' home?

Company President Tony Davis told On Your Side:

"We had to level the countertops, they were not level before; we told her this is not a big deal."

Davis said once they recognized the issue and heard the Thomas' concerns he offered to work on their fireplace mantle or replace the vanity top in their bathroom as a way resolve their concerns.

"I don't need anything done to my fireplace mantle nor the bathroom," said Lynette Thomas.

They declined. Davis said he offered to have a carpenter create a trim that would conceal the gap; he said they did their due diligence.

"We offered to place a custom trim around the cabinet and give them a thousand dollar refund. I thought we had an agreement and they took it off the table," Davis said.

Lynette Thomas acknowledges the company's offer but said there was no follow up, no further communications.

She said what she wants is for the company to come back and do the work to her satisfaction.

"Bottom line is there was a human error," Lynette Thomas said. "It was cut wrong, so come back and cut it correctly."

It looks like this is going to arbitration. The Thomas family have filed a complaint with the Better Business Bureau and they have now set the case for arbitration.

Here is the takeaway.