ON YOUR SIDE: Can you trust online reviews?

One Jacksonville attorney says his business' website has been targeted with negative online reviews. He believes it's a competitor. 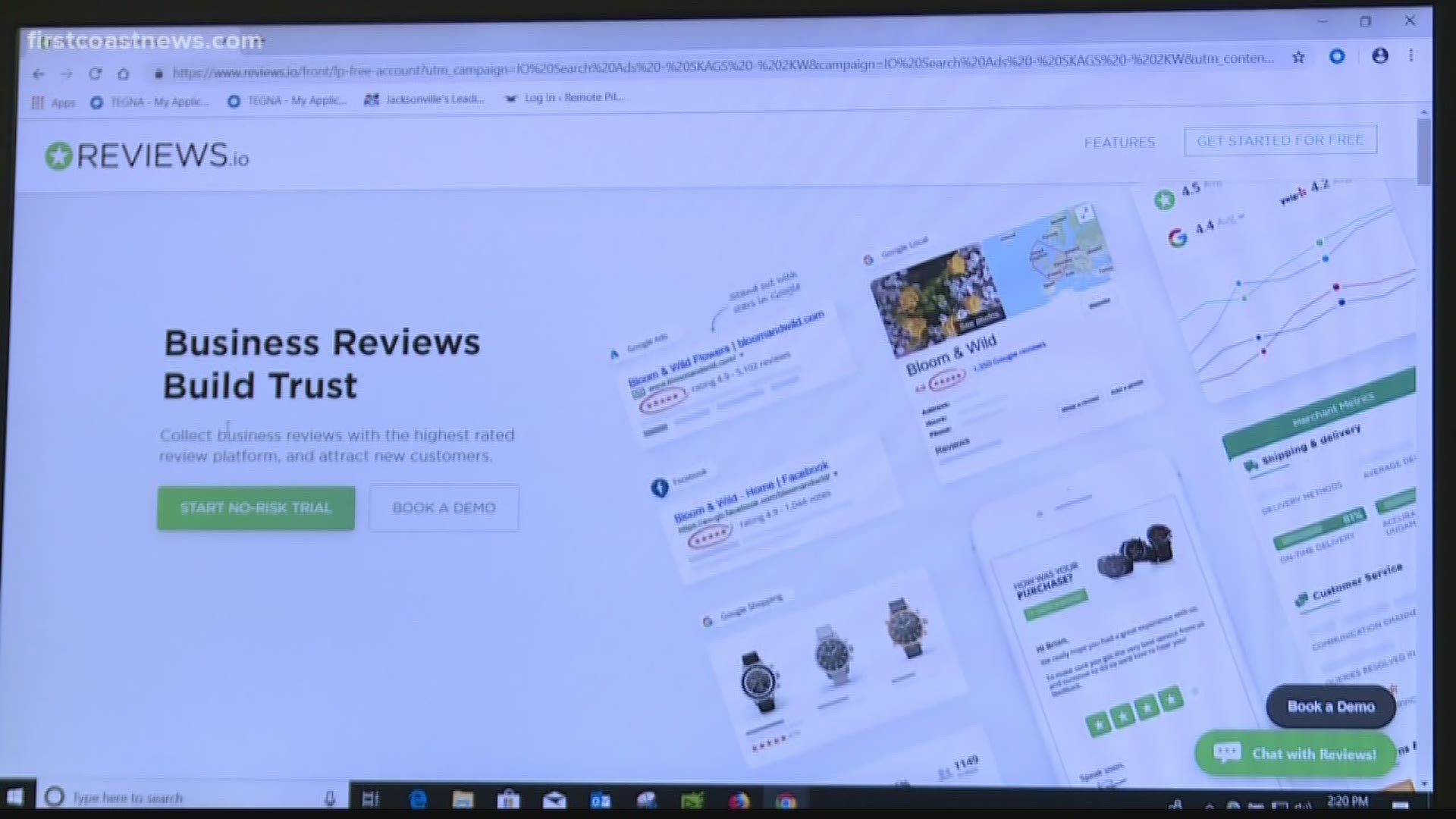 JACKSONVILLE, Fla. — Most of us make decisions based on online reviews, whether it has five stars or just one star.

In fact, the Pew Research Center found that half of adults under 50 depend on online reviews. The same research found that only 48 percent of those who responded believe online reviews are accurate.

"I used them myself," said Preston Oughton. "I'll look on Google to see what kind of rating they have."

The Jacksonville attorney said he used an online review system to help in his decision making, so what happened took him by surprise.

"It was malicious," he said.

His business website has been targeted with negative online reviews, three to be exact.

One writer called him a 'bottom feeder."

He believes one of the reviews may be from a disgruntled competitor; another law firm.

"Google does not verify [that] they're an actual client," he said.

In fact, Google would not share with him any information about the postings.

Jason Brown who runs the non-profit www.reviewfraud.org said filing complaints about negative reviews with Google is like crawling into a black hole.

"This problem of fake reviews is huge," said Brown. "It is massive."

And that's whether they are positive or negative online reviews.

Brown took a look at the three negative posts on Oughton's website and told On Your Side there's not enough evidence to remove them.

"You have to have 100 percent evidence just to show they're fake to get them removed," he said.

For five months, Oughton has asked Google to remove the negative reviews, but they're still there and he discovered he does not have the ability to change it.

"I have no say in whether it stays or goes," he said.

Brown says that could backfire.

"I know his intentions are good but now it has the potential to be seen as fake reviews," said Brown.

He needs to just add a few at a time, added Brown.

What Oughton would prefer is for the online platform create a system to talk with the person writing the reviews directly.

"There's no mechanism for me to reach out to one of these individuals and say hey how can we fix this that requires them to respond back," he said.

Brown said when it comes to online reviews, positive or negative, you should take them with a grain of salt.

In other words, do your homework and don't just accept them as truth for they could be paid fake reviews.

Here are a couple of things you can do to sniff out a trustworthy review: