The last Jacksonville Sears is about to close. What happens to The Avenues mall next?

This is the last holiday shopping season for Sears at the Avenues Mall in Jacksonville. What will happen to the mall after they leave? 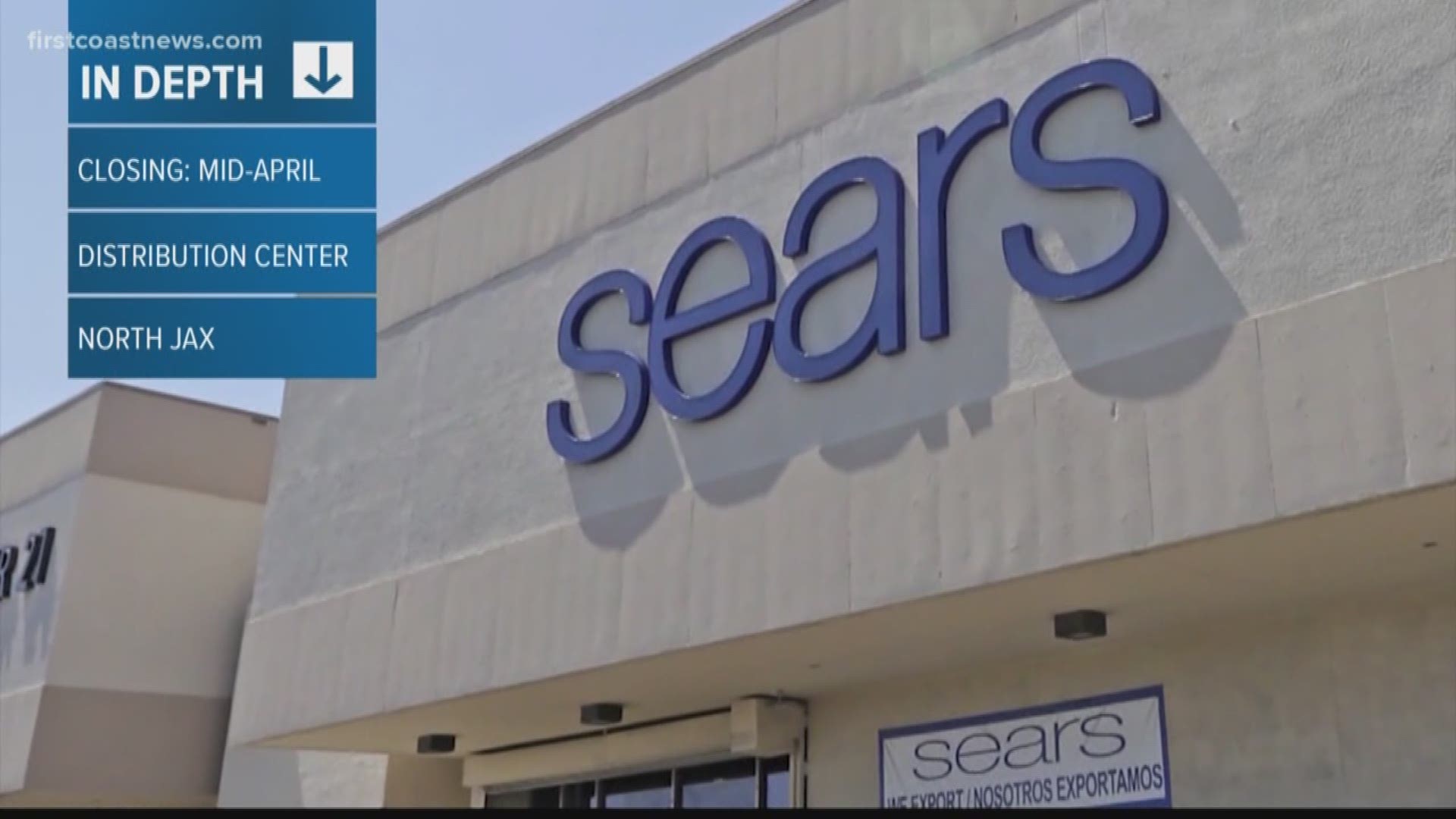 Once upon a time, lines of people bought appliances here. They bought clothes here. They even bought toys here in this Sears in this mall at the corner of interstates and state highways in suburban Jacksonville.

But today, the Sears is a near-empty cavern with bright yellow and red signs that blare: “EVERYTHING AT LEAST 35% TO 70% OFF”

Sears will close before the year is over.

Nearly three decades after The Avenues opened, one of its largest storefronts — about 120,000 square feet of retail space — will sit vacant.

Sears had already closed at the Regency Square Mall in 2016, about a year after Belk closed there. The Orange Park Mall’s Sears will remain open.

Sears has filed for bankruptcy, as has Forever 21, which occupies another of the mall’s largest spaces. Sears said it would close by mid-December, while Forever 21 and Simon Malls, the owner of The Avenues, did not return requests for comment. Forever 21 has not said if it is closing in Jacksonville.

The Avenues opened in 1990 to much anticipation. The glass-domed, two-story mall was a packed 1.1 million square feet of potential. Some 100,000 people, according to press reports at the time, came on opening day, and the mall had to keep medics on hand.

On a recent weekday, from afternoon to evening, the mall was a slow trickle.

At one store, a manager, who said she didn’t have corporate approval to say such things, said it’s not like years earlier where you’d see the same kids every day coming in. Now, she says, there aren’t many regulars.

It’s hard to overstate how important November and December are for retail stores, and a late Thanksgiving means even fewer days sales.

The rest of the year, maybe, you go on Amazon to buy something because you know what you want to buy. Come December, when you’re trying to find something just-good-enough for your Great Aunt Sally and your cousin Jerome, you still need a place where you can walk around and hope inspiration is lurking just past the Auntie Anne’s.

For all the closures and failings of in-person retail, he said the shopping mall is not dead yet. “There’s a serendipity to being in a mall or a shopping center that you still don’t get online.”

As stores like Sears shut down, Clark said malls must compete for shoppers’ attention.

He said he doesn’t see e-commerce as the main competitor for shopping malls. Instead, he said it’s a decline in in-person socializing. Basically, why go to the mall if you can scroll through social media on your phone?

Food courts, for example, can be an enticing experience.

And the Avenues’ food offerings, particularly its free ones, aimed at drawing in customers.

“Want to try a sample, sir?” a man extending a free bite offered.

“Bourbon chicken?” a woman called out.

Jan and Jim Diltz, who describe themselves as a “retired RV couple,” run one of the kiosks that line the walkways. Last year, they manned a candy booth in a North Carolina mall. This year, they came to Jacksonville to sell See’s Candies, a California brand that only comes this way for the holidays.

“Who doesn’t love chocolate?” Jan Diltz said. “People from California will spot us from 100 yards away.”

Jan and Jim, who have seen a mall or two, saw no reason for pessimism. “I see this mall as very vibrant,” Jan said. “We are absolutely impressed with the Avenues Mall and their holiday décor.”

Then, a woman walked up. “Do you have samples?” she asked, and Jan Diltz smiled.

The Diltzes, who lived in Jacksonville for decades before embracing RV life, said the Avenues was an improvement from other malls in the area when it opened, and they believe it remains so.

Since the ’90s, Regency Square has lost its own Sears and a Belk. A Dillard’s Clearance Center outlet and a JCPenney remain, and three years ago, Impact Church announced it was moving into the Arlington mall, but that has yet to occur.

City Councilwoman Joyce Morgan, who represents Arlington, said the mall is now moving away from traditional retail and trying new ideas like doctors offices. She said that sort of mixed development might be the future for malls.

Just a few years before the Avenues opened, another mall failed. The upscale Grande Boulevard Mall was later reborn as a campus for Florida State College at Jacksonville.

“Do you get another store like Forever 21 to come in?” Morgan said. “Will they be able to do it or is everybody just doing a whole lot of online shopping right now? It seems like that is the case.”

Even before Thanksgiving, the Avenues had ensured its hefty Christmas décor filled the building, and the kiosks selling winter-themed wares, like a “hot chocolate frost,” followed suit.

The overwhelming and clashing scents of holidays — Evergreen Mist and White Fir and After Sledding and Pomegranate Gin Fizz — that emanated from candle stores could also leave a shopper longing for the plain stale smell of air-conditioning, or Sbarro pizza and Auntie Anne’s pretzels.

Spanish love notes adorned the inside of a table tent advertising photos with Santa Claus.

Locker Room by Lids added to the nostalgia, offering a glimpse at football jerseys from times gone by, back when the Jaguars could win. On the backs of the jerseys are names like Brunell, Boselli, Ramsey.

Aaron Waddell, 21, a Sandalwood High class of 2017 graduate, said people his age don’t come to the mall to buy things.

“People come here because it’s indoors, and they don’t want to deal with the traffic at the Town Center.”

Not all malls are contracting, after all. The St. Johns Town Center, as Waddell said, continues to expand.

The Town Center’s fourth phase of expansion will include a theater, a hotel and more shopping, according to the Jacksonville Daily Record. But there still won’t be a Sears anywhere in Jacksonville.