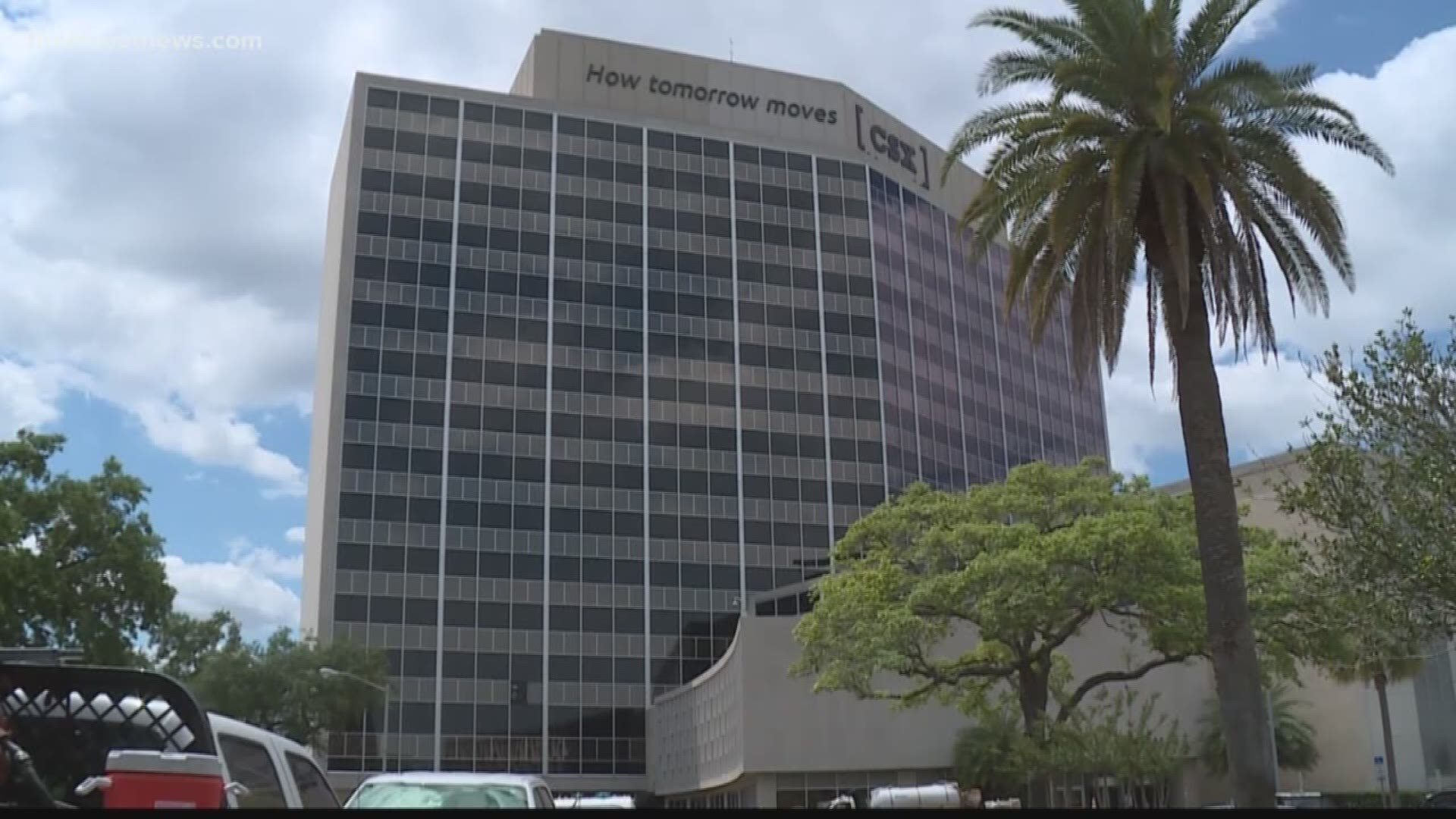 Workers for CSX Transportation, Inc., headquartered in Jacksonville, have filed 27 lawsuits since last year, many of them nearly identical in format, claiming work-related exposure to toxic substances. Eight were filed in 2018.

In the most recent lawsuit filed Friday, family members of a Waycross man said his work as an electrician for CSX contributed to the stomach cancer that killed him in 2015.

"As a result of the negligence of the defendant, [CSX]" the lawsuit complaint reads. "The plaintiff sustained a loss of future benefits including a loss of pension benefits due to his reduced life expectancy."

The lawsuit also claims CSX failed to provide the employee with a respirator while working on and around the trains.

The majority of the plaintiffs are represented by attorney Carmen DeGisi of New York-based firm, Marc J. Bern & Partners LLP.

DeGisi did not respond to First Coast News' requests for a comment on Tuesday.

The work history of the former employees dated back to as early as 1969, with most beginning work in the 1970s and ending in the 2000s, according to the lawsuits.

CSX employs approximately 25,000 people and serves 23 states according to the company website.

CSX media relations manager Laura Phelps said Tuesday CSX does not comment on matters before the courts as a matter of company policy.

"Safety remains our top priority, and that includes the safety of our employees," Phelps said.

Union Pacific and BNSF railways have also faced similar litigation over cancer claims in the past 24 months.

A U.S. Supreme Court holding in May 2017 tightened the rules on where plaintiffs could sue railway companies, despite the company doing business in dozens of states.