There are three A.C. Moore locations in Hampton Roads: two in Virginia Beach, and one in Yorktown. 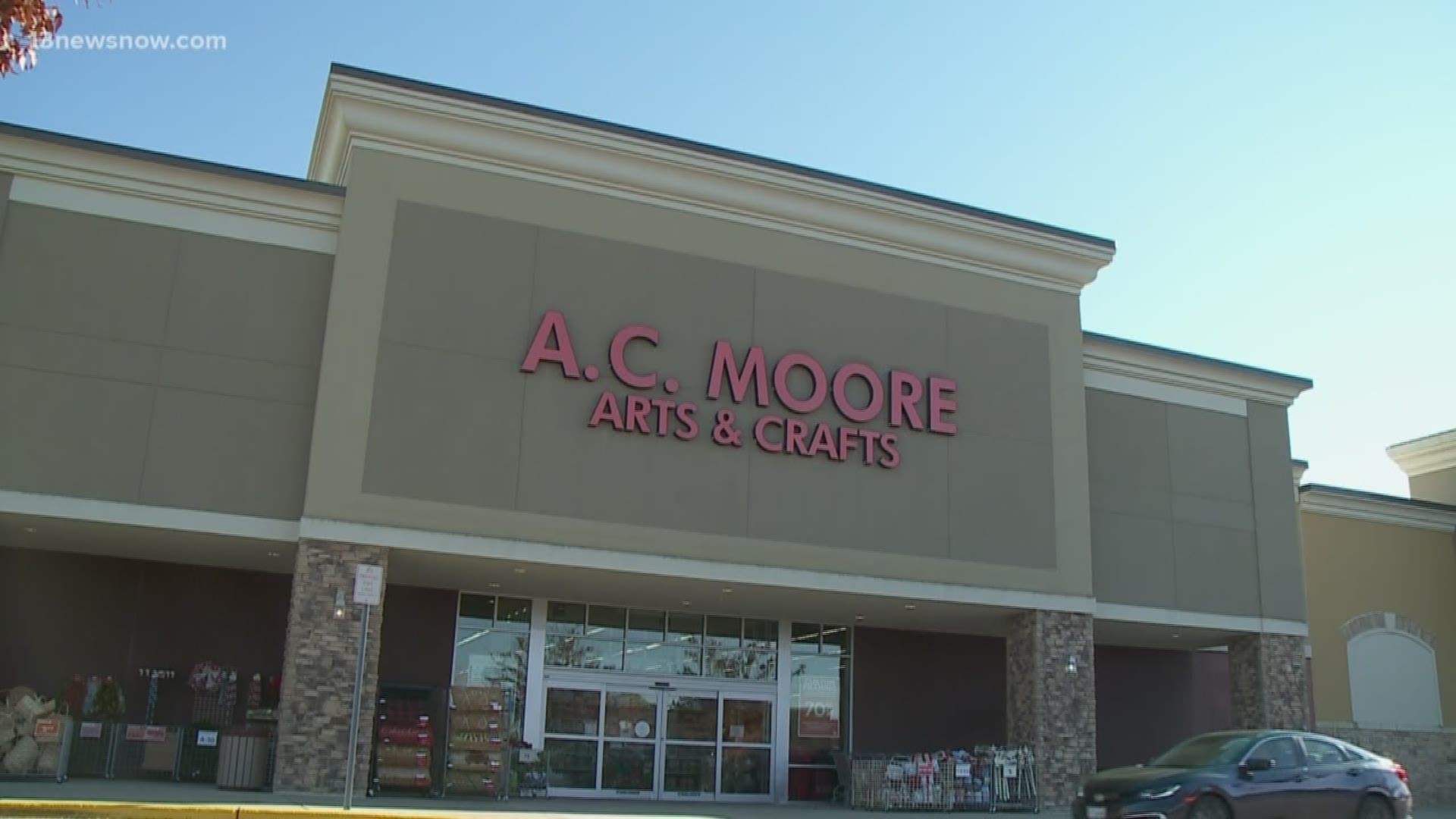 The arts and craft chain announced Monday in a news release from their parent company, Nicole Crafts, they will be closing retail operations and will immediately stop accepting online orders. Previously made online orders will be completed.

In total, 145 stores will be closed across the nation.

"Unfortunately, given the headwinds facing many retailers in today's environment, it made it very difficult for us to operate and compete on a national level," A.C. Moore's Chief Executive Officer Anthony Piperno said in the news release.

In Virginia Beach, there are two A.C. Moore stores.

Laurie Park is one of the loyal customers. She said she shops at the Birchwood Shopping center location weekly and sometimes daily.

So to Park, hearing about the business closing is "very sad because it does offer more than some of the other stores do."

However, the release also noted that Michaels stores will be taking over up to 40 store locations - growing the brand significantly on the east coast with a distribution facility.

The company said they believed the transaction with Michaels was the best option for their employees, customers, vendors, landlords, and other key stakeholders.

Park said she is skeptical the Birchwood location will turn into Michaels.

"I don't think that they would do that here because Michael's is just down the street," she said.

At the Landstown location, the Ross and Judy Eskens are hopeful for a Michaels.

"If they were getting the same materials that they have been getting here, I'd be thrilled," said Judy.

Further news on A.C. Moore's closing will be shared in the coming weeks, the release said.

There are three A.C. Moore locations in Hampton Roads: two in Virginia Beach, and one in Yorktown. It was not announced if any of these locations would be taken over by Michaels.