'We wanted him to experience love': Neglected hospice dog taken to the beach to have fun

"Because he's coming to the end of his life, we wanted him to experience beach and fun and floating in the ocean and having all the food he doesn't usually get on a daily basis." 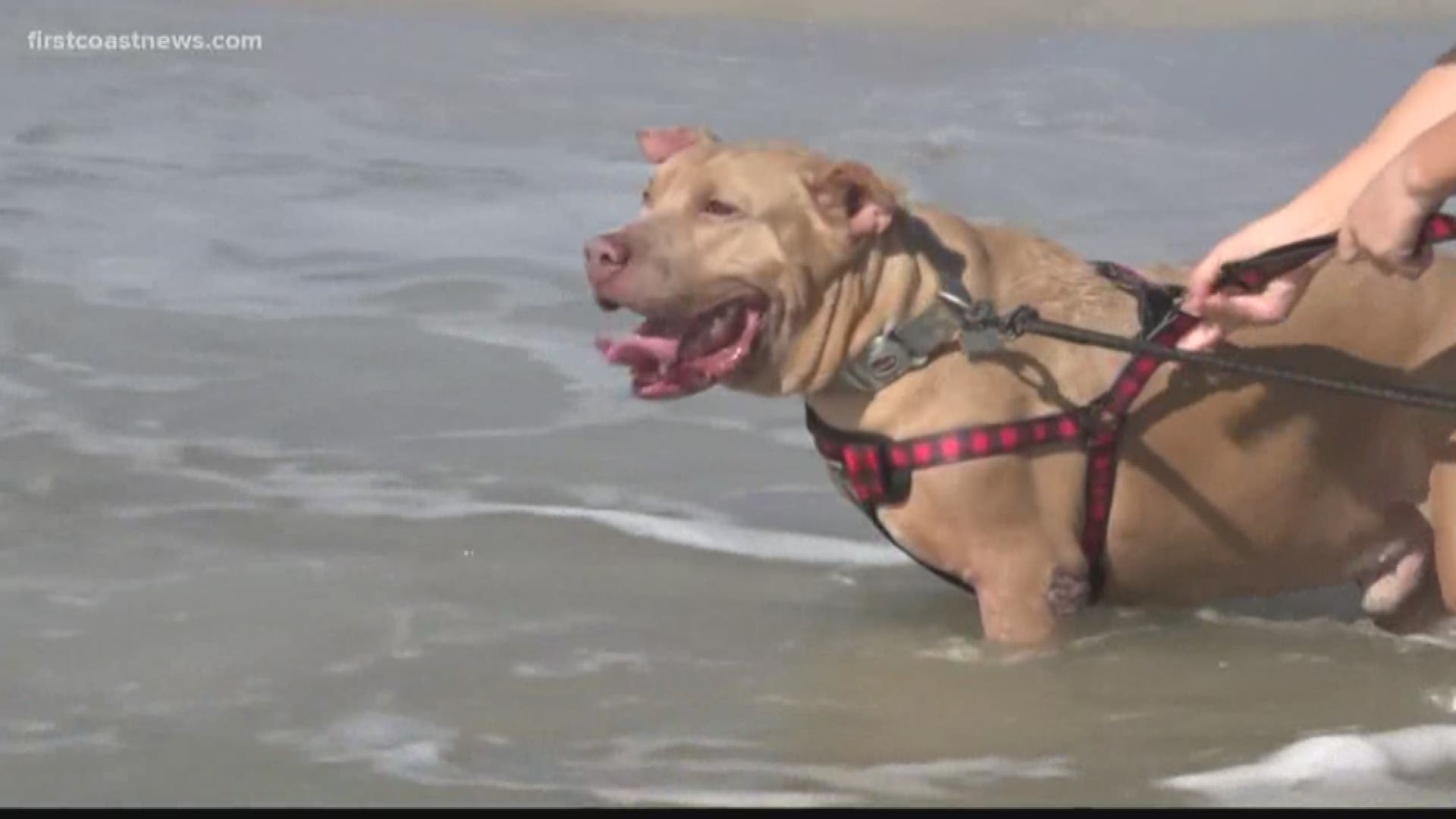 NASSAU COUNTY, Fla. - This story is about a dog named Boss. Despite the smile that never quite leaves Boss' face, most of his life wasn't a good one.

"He was actually living on a chain for most of his life and broke off that chain, which pretty much saved his life," said Jacki McDonald, executive director of the Nassau Humane Society.

You can still see the scars on his body from the neglectful life he knew.

"He was definitely probably attacked, I mean he was tied to a tree so who knows what happened to him," McDonald said.

McDonald says when they rescued him, this 100 lb. dog wasn't even half the weight he should be.

As they began nursing him back to health, they realized Boss' problems were much more severe.

"He has heart disease and is filled with cancer," McDonald said.

Now Boss is in hospice, with about a month left to live.

That's why the Nassau Humane Society took a trip to Fernandina Beach.

"Because he's coming to the end of his life, we wanted him to experience beach and fun and floating in the ocean and having all the food he doesn't usually get on a daily basis," McDonald said.

McDonald says it was important to them that before Boss passed, he knew he was wanted.

"We never want, whatever they came from, if it's not the right place, for them to think that's the only life they're going to live," McDonald said. "We want them to experience love."

McDonald says seeing Boss' reaction made the trip all the more worth it.

"The joy seeing him enjoy the waves and roll in the sand, you can literally see the joy on his face, so that's a pretty neat thing to see in a dog," McDonald said.

If you'd like to help keep the program going, the Nassau Humane Society is having their annual Pasta 4 Paws event Saturday, Oct. 13. The proceeds will go to the organization and their animals.