Taking care of those who took care of you

A study conducted by the Metlife Market Institute estimates that elder abuse costs American’s about $3 billion dollars a year, and that number, they believe, is conservative. 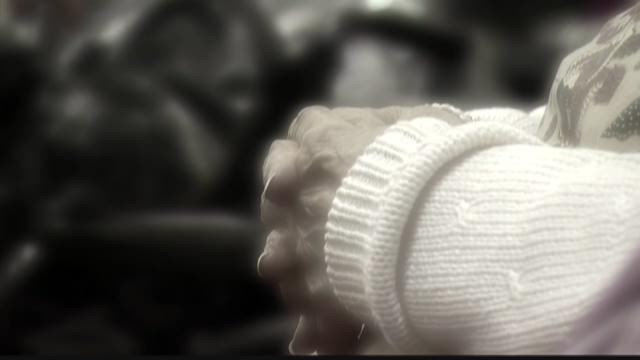 A study conducted by the Metlife Market Institute estimates that elder abuse costs American’s about $3 billion dollars a year, and that number, they believe, is conservative.

Even more concerning is that seniors who face elder abuse have three times the risk of death compared to those not facing abuse. That is why it’s critical to pay attention to the warning signs.

“Physical abuse, sexual abuse and neglect issues are usually a part of an elder abuse situation," Eileen Rodden said. "Abusers use those tactics to acquire access to money and to homes.”

Rodden works as Project Coordinator at the Women’s Center of Jacksonville, an organization offering support and education to woman about abuse. She also works to educate people on providing the proper care for an incapacitated loved one, and the challenges facing guardians, something she knows about personally.

“I took care of my own mother who had Alzheimer’s for 5 years before she passed away..." Rodden said. "As a caregiver it is a frustrating situation you feel like you could do more you try to do more but then you have all your other duties.”

Rodden said that most negligence or abuse does come from nonprofessional care givers, family members or neighbors. That’s not necessarily because of wicked intent, but more often it’s because they’re inexperienced in taking care of a senior.

Fortunately, there are workshops that can teach and support those taking on the responsibility, but if you suspect someone of committing elder abuse, it’s important to know that there are resources out there to put an end to it.

“If any person has a suspicion that someone is being exploited, neglected or abused they have a responsibility to call the Florida abuse hotline," Anthony Palmieri said. "They will send out investigators to see if the complaint is substantiated or not.”

Palmieri is the Deputy Inspector General and Chief Guardianship Investigator. Both Palmieri and Rodden attended a guardianship conference in Jacksonville to help teach and train other professionals on being a caregiver.

“The people that we are helping don’t have a voice and they are silent," Palmieri said. "Often they’re rights are being infringed upon they’re being exploited and the clerk who as a independent watch dog for the guardianship system will step in, audit the guardianship and will advise the court.”

It’s a surreal thing to have to take care of someone who may have always taken care of you. But they deserve the same care and respect they’ve shown us, and remember, we may one day need a guardian of our own.

"We’re all aging every single day," Rodden said. "We may be that person who has the vulnerability in a few years, so if we can do something now to assist someone in need, that’s what we should be doing.”

According to the National Council on Aging, one out of ten Americans over the age of 60 will experience some form of elder abuse.

One of the best things you can do to keep a loved one from becoming just another statistic is to just stop in to say hello, keep in touch, and if you can’t see them give them a call and listen to them to see if there are any warning signs of elder abuse.