Teen finds large diamond after only 30 minutes of surface searching 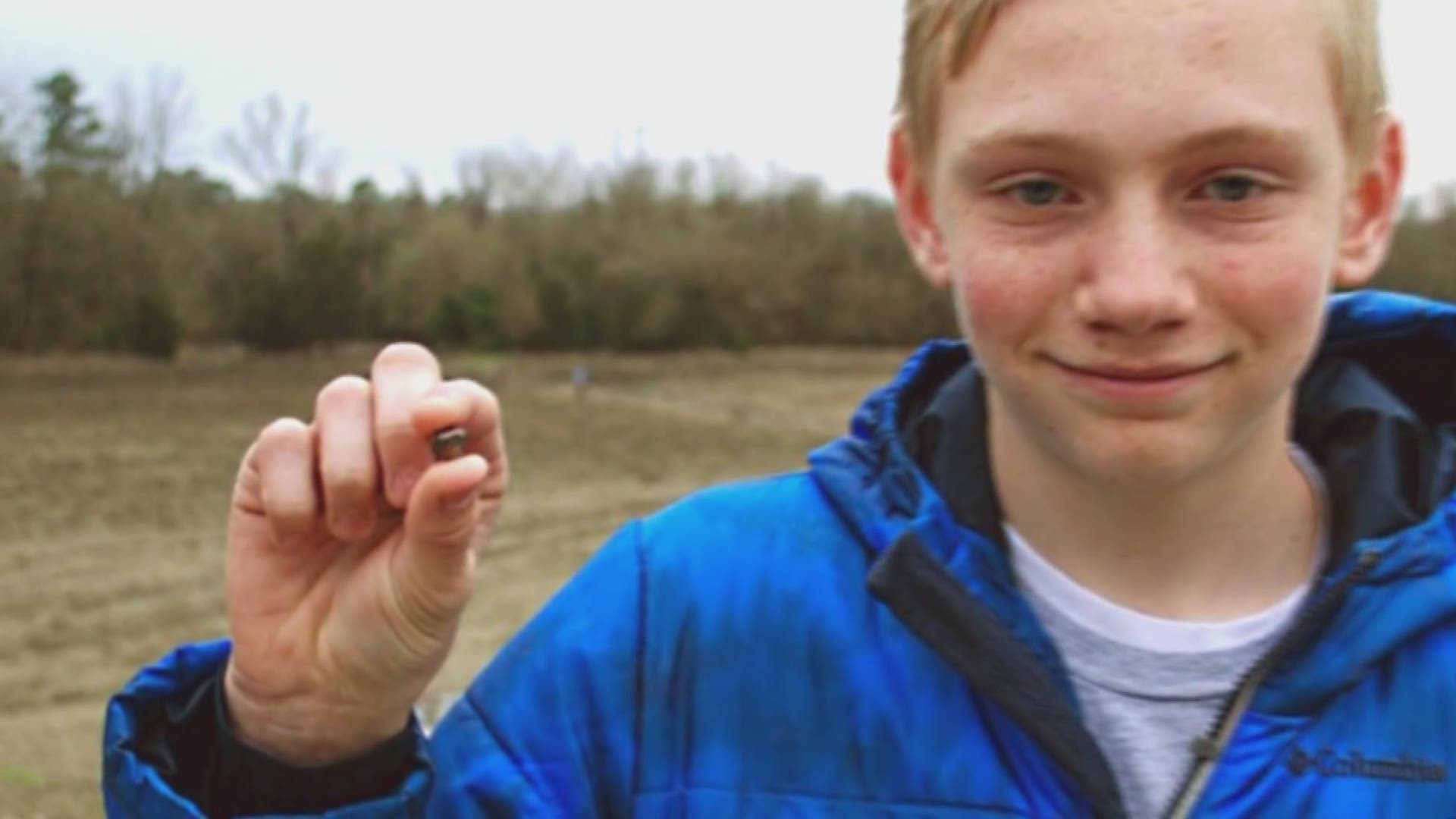 Kalel and his parents arrived at Arkansas’s diamond site on the afternoon of Saturday, March 11. By the end of the day, he had registered the 7th-largest diamond found at the Arkansas State Park since 1972.

Kalel was walking near the East Drain, in the southern portion of the park’s diamond search area, when he spotted the shiny, dark brown gem. He explained, “It was just a few inches from a stream of water, with a bunch of other rocks that were about the same size.”

He picked up the gem and called to his dad Craig Langford, who was searching nearby. According to Craig Langford, “We had only been at the park for about 30 minutes when he found it. Its color was so dark that we weren’t sure if it was a diamond, but we knew we needed to have it looked at.” The family stopped by the Diamond Discovery Center to have their finds identified before leaving the park, and Kalel was shocked to learn he had found one of the biggest diamonds in the park’s history.

Kalel Langford with his diamond, Crater of Diamonds State Park

Park Interpreter Waymon Cox noted, “Conditions were ideal for Kalel to find his diamond. About an inch of rain fell on the plowed search area during the week. A heavy rain can uncover larger diamonds near the surface. Diamonds have a metallic-looking shine and are often easier to spot on top of the ground.”

Cox continued, “Kalel’s diamond is about the size of a pinto bean, and it’s very dark brown, similar to coffee. Overall, the gem has a frosted appearance and is shaped somewhat like a pillow or a kite.”

Kalel named his gem Superman’s Diamond, for his unique connection to the DC Comics superhero. Craig Langford noted, “When we chose to name him Kalel, we didn’t realize that [Kal-El] was also Superman’s birthname.” When asked about his plans for Superman’s Diamond, Kalel says he plans to keep it as a souvenir of his first visit to Crater of Diamonds State Park.

According to Cox, “This diamond is a truly extraordinary find. It was Kalel’s dream to visit the Crater of Diamonds State Park, and now he will always be part of this park’s remarkable history. We are all very happy for him.”