'Porch pirates' are known to take packages from doorsteps during the holiday season. The First Coast isn't immune to this illegal activity. 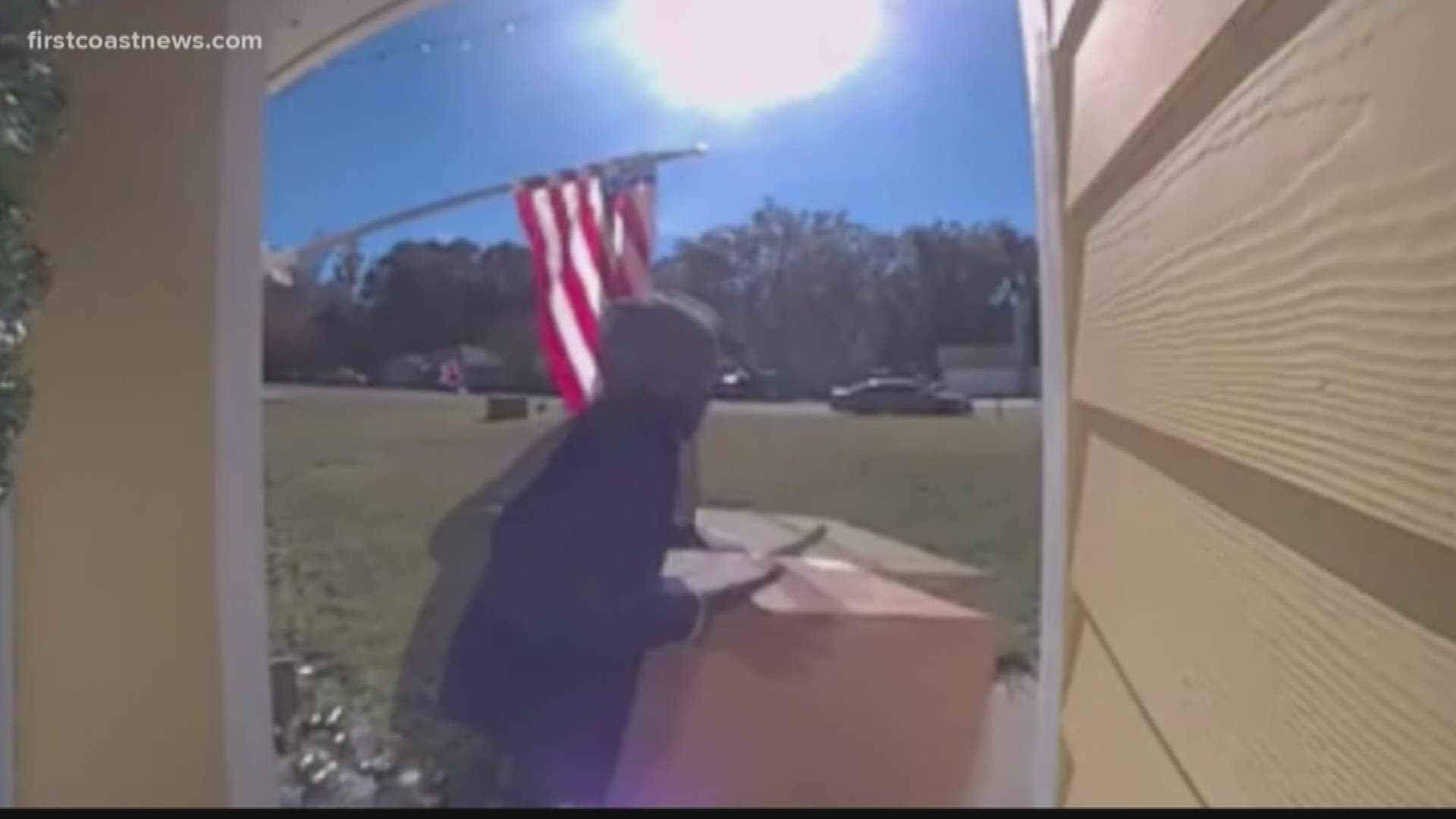 "In most cases, there is a sense of invincibility on their part," Chris Hamer said. "So, by the time they get to your doorstep, they've already committed to the fact that they are going to take what's on that step,"

The Jacksonville security expert says it's a crime of opportunity and convenience. Those Christmas gifts you just ordered may be gone from your doorstep just as fast as they arrived.

"They don't case your house waiting for a package to be delivered," Hamer said. "They drive around and go, 'Package!'"

Despite the increase in popularity of doorbell cameras, Hamer says it's not always a deterrent in keeping criminals away.  He suggests other alternatives.

"Have a large potted plant, a fern plant or something, with space behind it so it's not visible from the street so that your drivers can drop stuff off," he said.

Brazen bandits have been seen across the First Coast over the years scoping out neighborhoods and striking when they think no one is watching.

Two First Coast men were arrested last year and charged with stealing packages after they followed FedEx trucks and charged $11,000 to a stolen credit card.

To avoid becoming a victim, Hamer suggests sending packages to your work - or even a mail center like a UPS drop off point.