J.C. Penney at Jacksonville’s Regency Square mall is one of 154 stores across the country that the retailer proposes to close under bankruptcy protection. 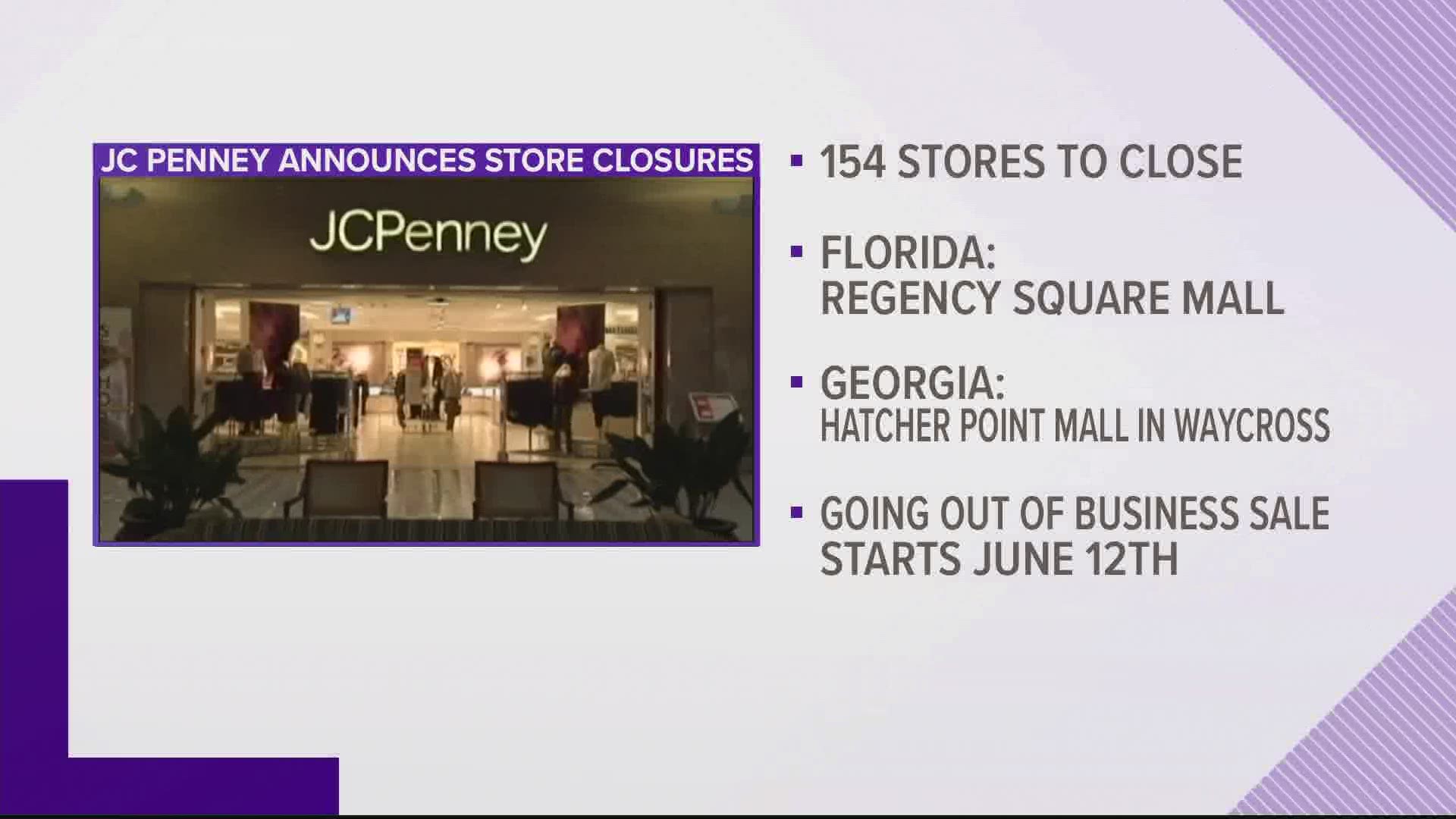 JACKSONVILLE, Fla — Two weeks after announcing it would close nearly 30 percent of its stores as part of a restructuring under bankruptcy protection, J.C. Penney has identified the first 154 stores of more than 240 it intends to close by the end of 2020.

The store — one of the original tenants of the storied indoor mall — remains temporarily shuttered after closing earlier this spring due to the coronavirus pandemic, according to the mall’s website.

The announcement of the department store’s proposed closing is the latest blow to the suburban mall which opened in 1967 with department store anchors J.C. Penney, Furchgott’s, May-Cohen’s, Ivey’s and F.W. Woolworth Co.

More than a half-century later, J.C. Penney is the last of those iconic names in Jacksonville’s retail history still operating at the Arlington-area mall.

When J.C. Penney exits Regency Square, Dillard’s — which has been operating as a clearance center for more than a decade — will be the mall’s sole anchor store.

News of the pending closure comes months after another department store giant, Sears, closed its Orange Park Mall location, the last of Sears’ department stores in Jacksonville. Sears closed its stores at The Avenues in December 2019 and at Regency Square in 2016.

Founded in Wyoming in 1902, the department store chain with 846 stores is the largest company to file for bankruptcy protection so far during the coronavirus pandemic.

The company listed the first 154 locations to close in a bankruptcy court filing on Thursday.

Bankruptcy Judge David Jones is expected to hold a hearing on June 11 to consider the proposal. Assuming he signs off, going-out-of-business sales could begin immediately. They are expected to last 10 to 16 weeks.

Here’s the initial list of J.C. Penney stores that are permanently closing: