Spin held an event Friday for riders to educate them on how to operate a scooter. 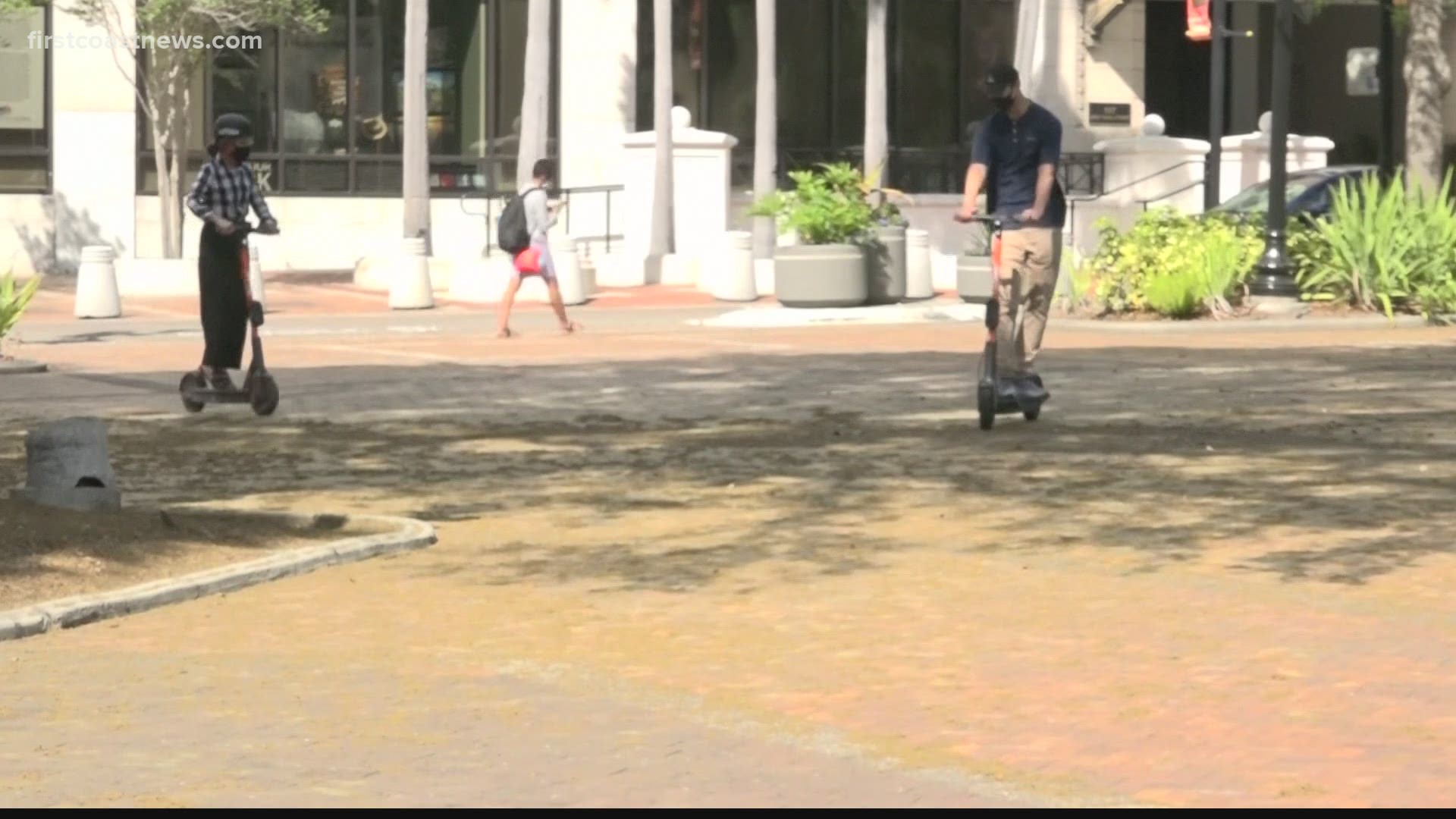 JACKSONVILLE, Fla. — 400 electric scooters are on the streets of Jacksonville - part of a one year pilot program to see how well riders do with them.

Like any new toy, the scooters are catching the attention of those wondering what’s all the rage.

“I’ve been curious about various forms of transportation for a while and when I hear one new, I go check it out,” said first time rider Bobby Witcher

Bobby Witcher took part in a free demonstration put on by Spin, one of the four electric scooter companies expanding its business to Jacksonville.

“It’s a lot of fun. It lessens the amount of traffic downtown. I say it’s a win for anyone who works down here,” Witcher said.

Spin hosted an event Friday that was more than just about giving free rides.

Witcher and others got a free education about how to ride them correctly, helmet and all.

“That first month there is certainly that feeling out period, right? That’s why we are here. We want to educate people. It’s also a collaborative relationship that we have with the police department, with the city,” said Edward Sun of Spin.

He says his company hosts the pop-up tutorials in every new city. Jacksonville is one of 50 cities contracted with Spin.

As we’ve reported safety is top of mind.  According to the Jacksonville Sheriff's Office, one rider says she was hit by a driver earlier this month and another rider was arrested for not obeying traffic laws, including crisscrossing a double yellow line.

“The goal ultimately is to have this option available to people but do it in a way that’s safe for the riders but regular pedestrians who are driving a car or walking on the sidewalk,” Sun said.

The scooters do have a speed limit of 10 miles per hour on the sidewalk. Helmets are not required but encouraged.