The mayor of Sarasota says his request was denied to light the Ringling Bridge for the month of June. 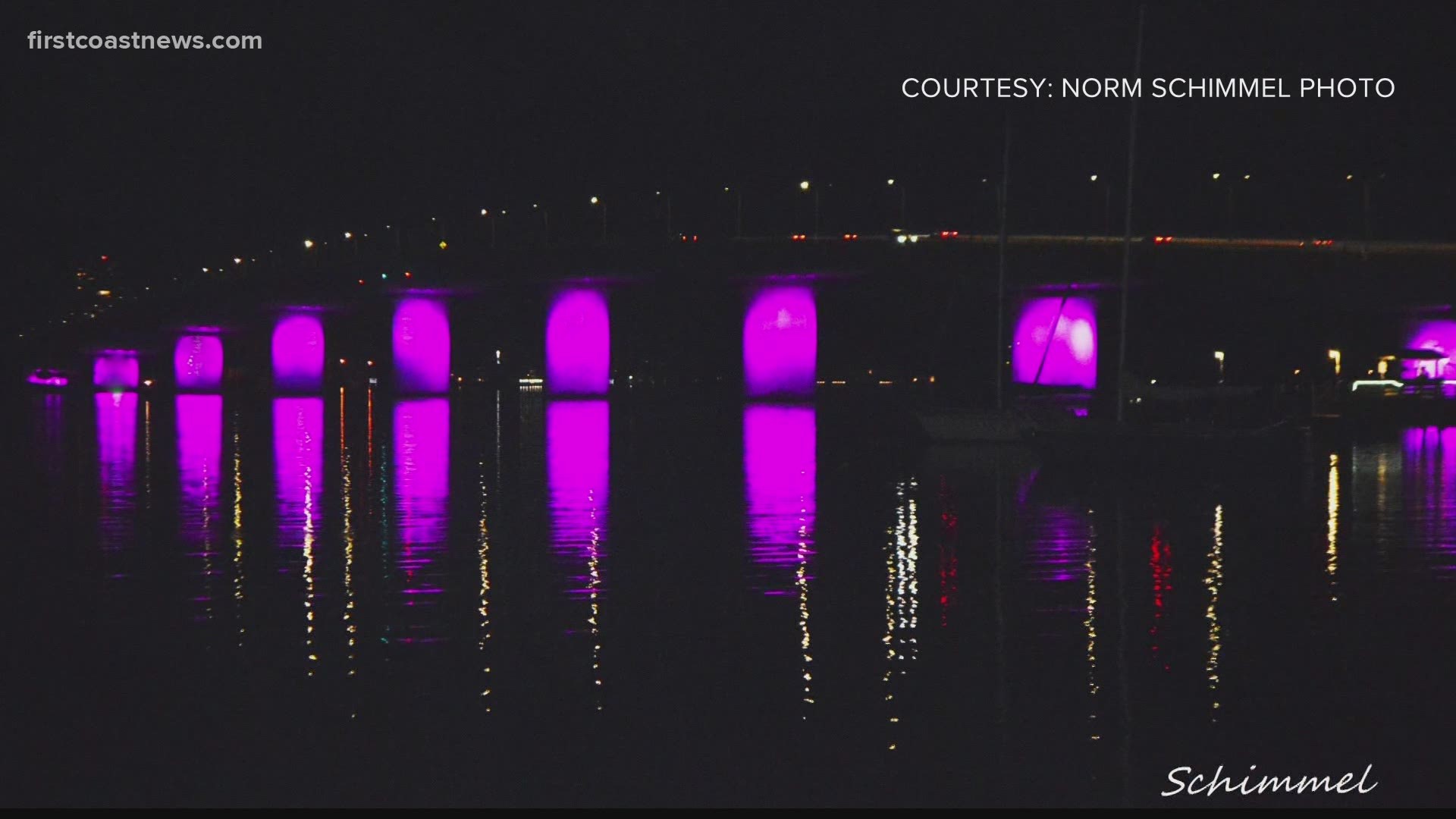 JACKSONVILLE, Fla. — The multi-colored lights will stay on the Acosta Bridge for now, but about 300 miles away, the Ringling Bridge in Sarasota is not as colorful.

"It just seems like this particular time we are getting more pushback than what I would have anticipated," said Mayor Hagen Brody.

He planned to honor Pride month by lighting up the bridge, but says he was shot down by the state.

"It was pretty clear to me that they did not want to approve it," Brody told First Coast News.

He's looking at taking control of the bridge's maintenance so his city can have the authority to use any combination of colors whenever they chose.

"I hope that we can come to some resolution to be able to express our community's inclusive nature in the future," Brody said.

The controversy over the colors on the Acosta Bridge caught the attention of Karrissa Wade, a board member of River City Pride.

"We have one of the greatest cities in the country and we want the city to say, 'Hey, you are great too,'" Wade said.

Wade believes the bridge shouldn't be the focus, but hopes it starts a conversation about acceptance and inclusiveness - and learning why the colors are important to begin with.

"It may be a lit bridge to some people, but to some of us it's a beacon of hope. It's a beacon that our city has not forgotten about us. That we do matter, our lives matter," Wade said.