The owner would get a warning for the first offense, a $250 fine for the second offense, and a $500 fine for every offense after that. 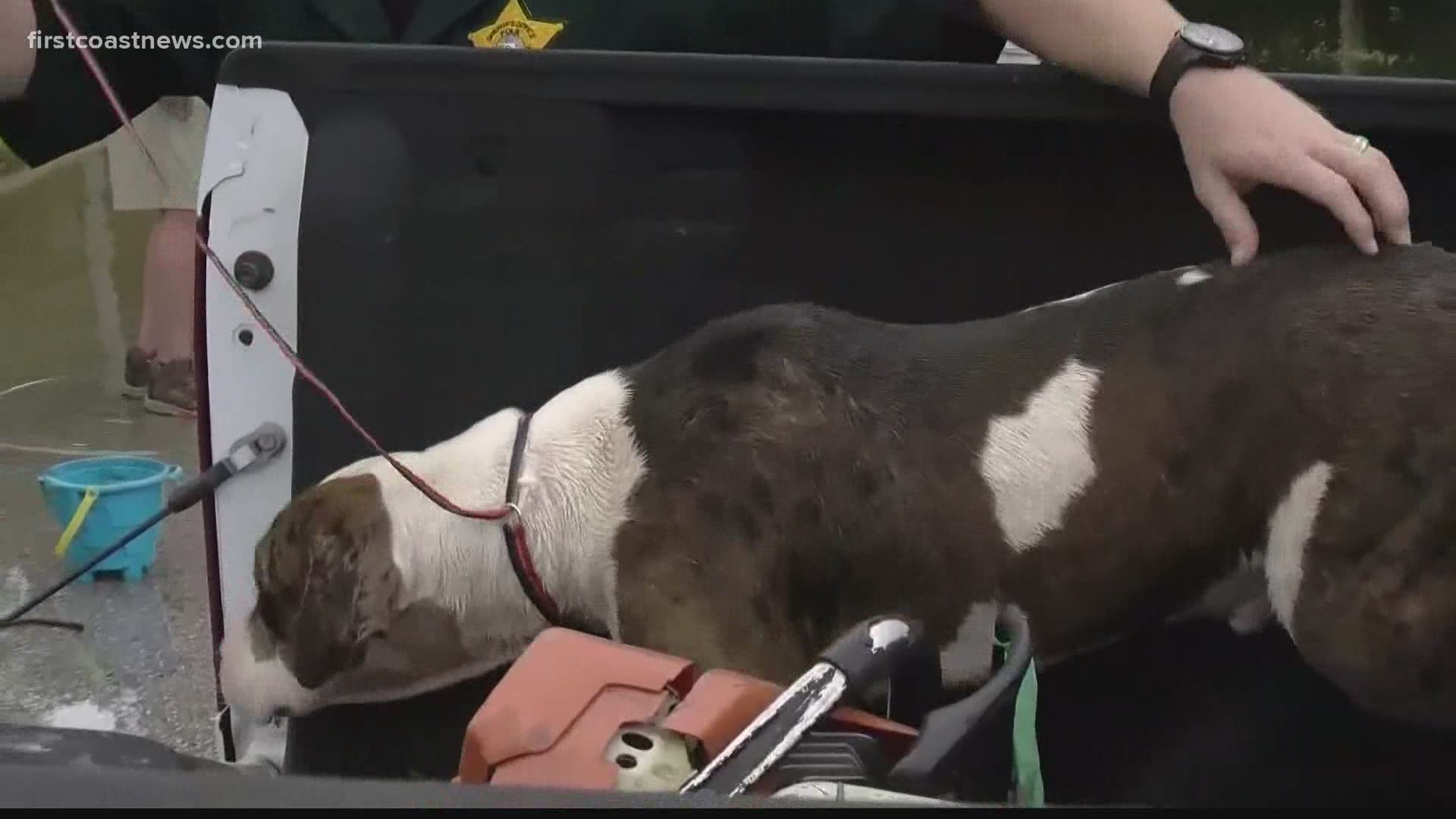 JACKSONVILLE, Fla. — A bill to ban tethering cats and dogs unsupervised got the green light in a Florida Senate committee. The sponsor says even with the unanimous support in the committee the bill may be dead on arrival after getting opposition from an unexpected organization.

The sponsor of Florida Senate Bill 650 says she believes dogs should gets lots of human interaction and love, and she says long-term tethering can lead to many dangers for animals and humans.

That's what prompted Florida State Senator Annette Taddeo to sponsor the bill making it illegal to tether a domestic cat or dog unattended for an extended period time.

“By tying them up, it makes them more aggressive," Taddeo said. "We’ve had a lot of situations where kids have actually been killed because they got near the dog that was tied up.”

Taddeo says another issue is many tethered animals drown in hurricanes.

“We know there's lots of hurricanes here in Florida. They tie them up because they can’t take them with them," Taddeo said.

The owner would get a warning for the first offense, a $250 fine for the second offense, and a $500 fine for every offense after that.

The bill passed unanimously in the Florida Agriculture Committee, but it stalled, and Senator Taddeo believes this is why.

“It’s not getting on the agenda, and that’s probably because the NRA is very much against it," Taddeo said.

“There is no need for that. We have common ground. There is an amendment to SB 650 to exclude hunting dogs when they’re actively working during training and field trials," Jennifer Kanady said.

Jennifer Kanady is the anti-chain division director of the Anti-DogFighting Campaign Worldwide Organization. She says many people in her family are NRA members and support the bill.

“Let them know that even though you might support the Second Amendment and your right to bear arms, we have children dying out there," Kanady said. "We have our pets suffering.”

The NRA did not return numerous messages for comment from First Coast News. The Miami Herald posted this article earlier in March with a quote from NRA’s longtime lobbyist Marion Hammer. “Tethering is a legitimate means of keeping your animals on your own property,” Hammer wrote.

Taddeo says she will continue pushing the bill until it passes, even if that takes several years.

FL SB 650 to ban unattended #tethering of domestic #dogs & #cats is sponsored by State Sen. @Annette_Taddeo & unanimously passed out of committee, but it's stalled because Taddeo says the @NRA is opposed. I'll have the full story tonight at 5:30 p.m. on @FCN2go.@ADFCampaign pic.twitter.com/MDCmR6VHtp