Jax Humane says they chose to feature Brody in the mural because he had been in and out of the shelter for the last year. 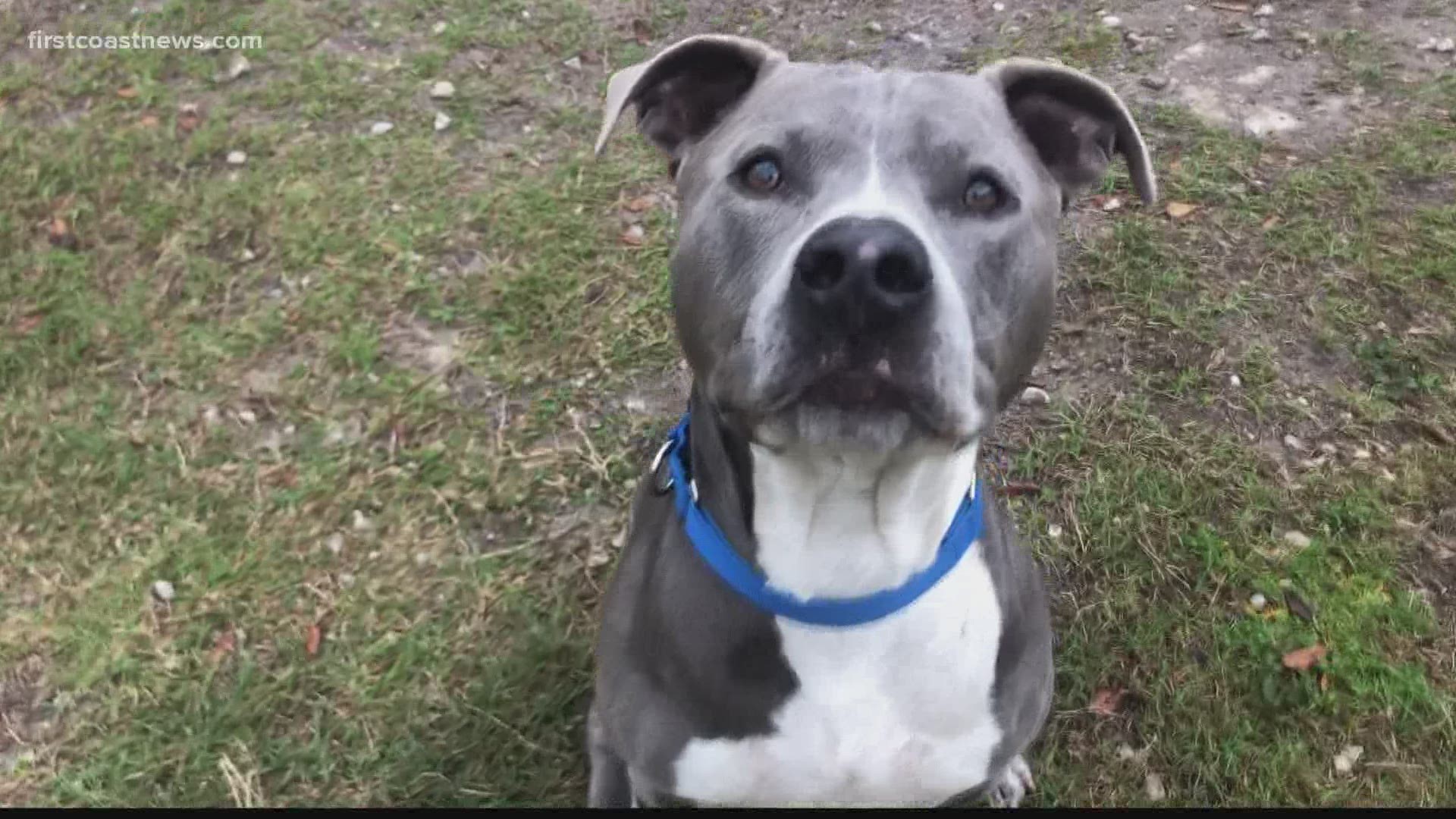 JACKSONVILLE BEACH, Fla. — (Note: The video above is from a previous related report.)

There is an old saying that "every dog has its day," but not every dog gets its own mural.

If you walk down 3rd Street North in Jacksonville Beach, you will see some new artwork featuring two local rescue dogs on the side of the Earthwise Pets store. The mural was painted by the artist Bono, who decided to adopt the white dog in the foreground of the painting.

But the other dog, Brody, is still available for adoption through the Jacksonville Humane Society.

Lindsay Layendecker with JHS says they chose to feature Brody in the mural because he had been in and out of the shelter for the last year. He was transferred to JHS from Animal Care and Protective Services in February of 2020, then was in foster homes during the COVID-19 lockdown.

After that, Brody went to the Dogs Playing for Life center to learn commands and how to live inside of a house.

Now Brody is back at JHS and looking for a permanent home. Staff says he is around 9 years old and has played well with older children at the kids camp.

He can be a part of a play group with other dogs, though he does like to be the only dog living inside of a home.

If you would like to meet Brody, he is at the Jacksonville Humane Society, located at 8464 Beach Blvd. in Jacksonville.