"I was always taught that if you're dating, you're dating for marriage ... there's no such thing as pointless dating." -- Lloyd Fountain, Jacksonville 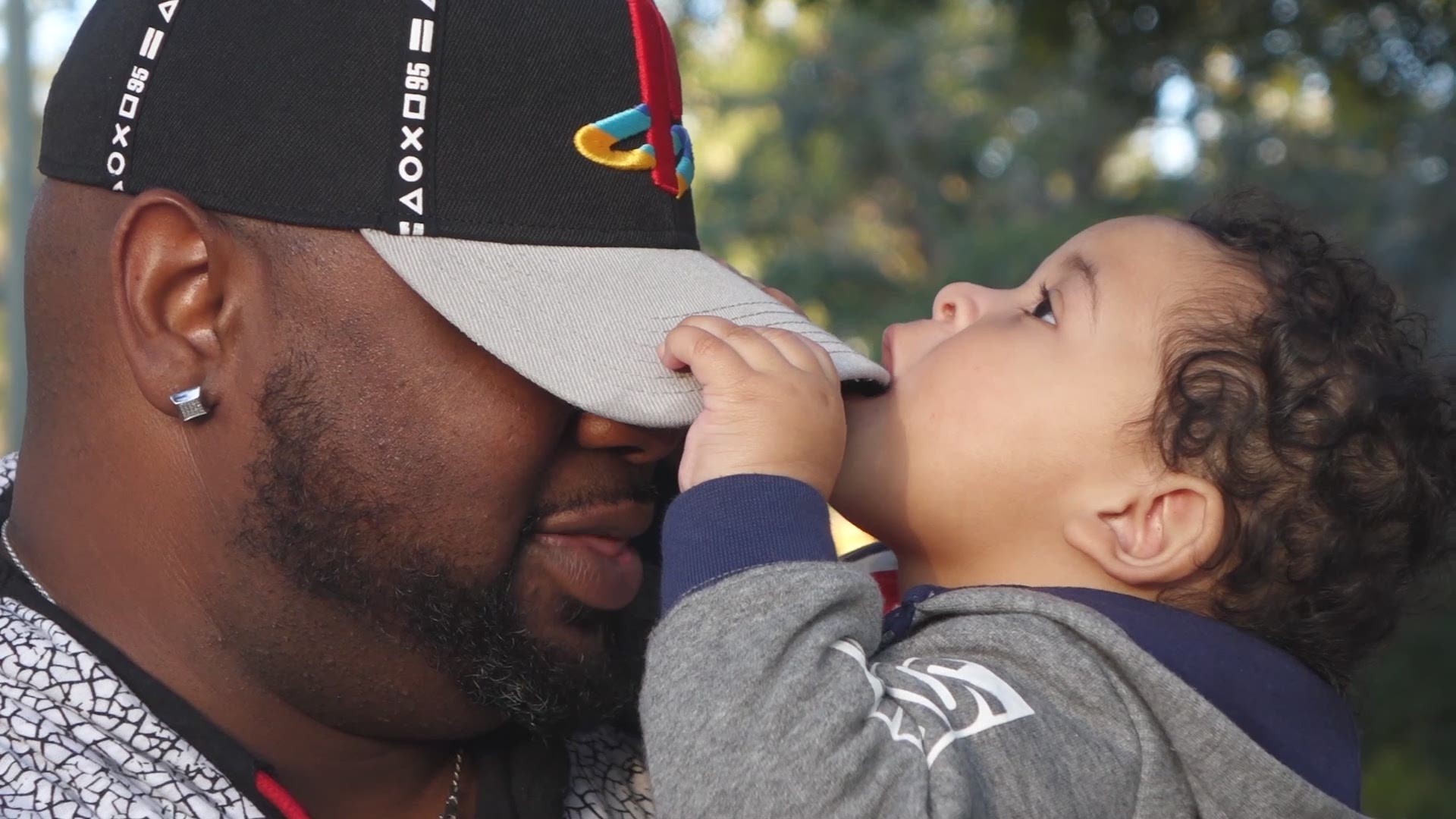 They are: Parents to Orion Fountain, 3, and Onyx Fountain, 9 months

Lloyd -- "We've known each other since we were 16. We met in high school. Originally, I came to stay for the summer to stay with my grandparents ... and I ended up staying for the school year ... that's when I met her at Ed White High School. I was having a hard time fitting in culture-wise, and she was the first person to give me attention."

Olga -- "It was a biology class and he was very different, so I could see why he had a hard time fitting in. He just had all these earrings in his ears, and I just thought 'Man, he's different.' And I always thought I was different because I'm from Cuba, so fitting in wasn't really a thing. We kind of just hit it off."

Lloyd -- "[Years later] we were both in the military. She was Navy and I was Army. I got out in 2015, she got out in 2013. Before kids, every month was like a honeymoon because we were never stationed together, so I would be stationed in Texas and she would be stationed in Virginia. We'd visit each other every month. Before kids, we were just more free. We went on a cruise, traveled more, we were more active, more spontaneous -- all the mores before the little ones came. After kids, we slowed down a lot, settled a little more, wised up a little more, but our patience grew. In between times, we eventually moved in together after we got out of the military. That was an adventure too, being married for years but not living with each other. So that was fun -- not really."

"As far as parenting goes, even though we clearly have different upbringings and different cultures, we're on par and on point with our children ... We're very open and honest about our childhoods and how we were brought up -- things we like and things we don't like ... I want my children to be intelligent, she agrees. We don't want to short change them ... are they spoiled? Definitely. And do I like that? Yes. Are they rotten? Yes. I enjoy that and she supports me."

Olga -- "We put our kids first, so it's really important to us for them to be nurtured and valued as a human being."

Lloyd -- "I was always taught that if you're dating, you're dating for marriage. That's the whole point of dating, there's no such thing as pointless dating. Yeah, teenagers are told it'll pass and it's just a phase, but I think if it was reversed and both parents on both sides were like 'OK, make it work, stick it out ... there would be a lot more high school sweethearts."

FIRST COAST YOU: MEET YOUR NEIGHBORS

RELATED: First Coast YOU: Chevy Ethridge on being homeless 'I'm not ashamed of my life'