First Coast YOU: Chevy Ethridge on being homeless 'I'm not ashamed of my life'

"They think homeless people are wackadoo, crazy ... or that they're all on drugs. They're not all on drugs though." -- Chevy Ethridge, Jacksonville street musician 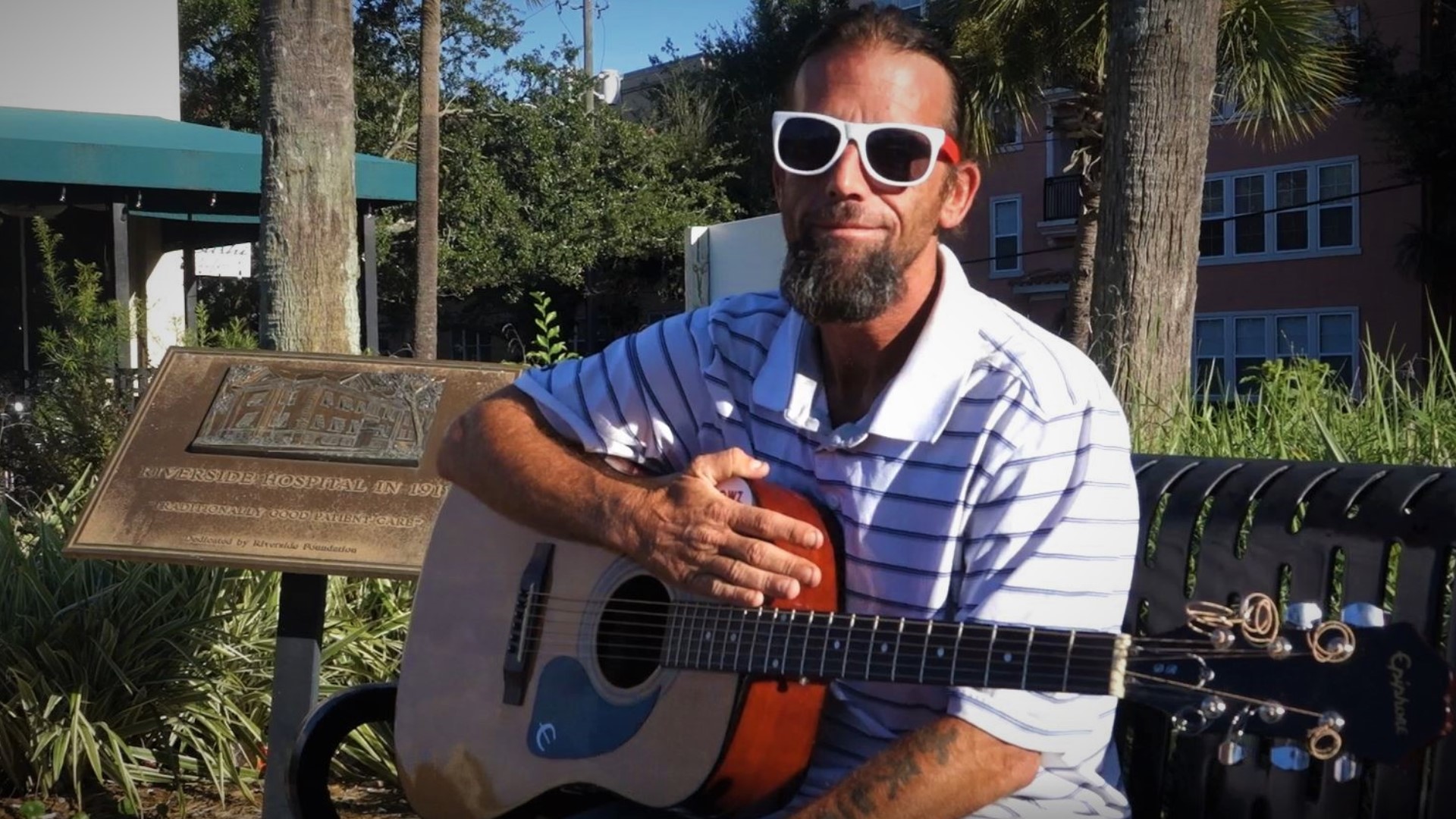 Favorite thing about Jacksonville: "The people. Definitely the people. I invest in people. I make money, but I'm not all about money. How diverse it is here -- I love that."

"I'm homeless. I'm not shy or ashamed of my life. I don't do drugs, I rarely drink alcohol. [People think] we're all on drugs. 'Oh, he's gonna buy booze with it, bla bla bla.' A lot of times I mess with people and say 'Yes, I am I gonna buy booze' and I'm not. I buy food. They think homeless people are wackadoo, crazy -- and a lot of them are -- or that they're all on drugs. They're not all on drugs though."

"It was my fault -- drugs, alcohol. Just like any teenager who gets on the wrong path and I did. I went full blast with it. Mix that with my ADHD and it was just a total nightmare. I lost the kids and then they hit me with child support. That was it. After that, it was all downhill ... so I just gave up. Once you lose your kids then what do you got left?"

"Music helps me every day. I've been playing in Park Street at the bar, in front of it. I played all over Normandy for years and years now -- Blanding and Confederate Point Road, which is a really hard side of town. That's where I started out when I got here. I wasn't a street musician until I got to Jacksonville."

"I started playing guitar on my 16th birthday. [My dad and I] actually walked to town and he bought me a guitar and an amp, and then we walked back ... I wouldn't play guitar if it wasn't for my dad. He's an amazing person. He wasn't shy. He pushed me to do this [music], to keep going and going, to do it in front of people. I was always shy. After 21 years, I still have stage fright."