'Our hearts are broken': Family mourns loss of son, brother during sentencing of man convicted in his murder

Dylan McCurdy died in April 2019. John Wilson was arrested three months later and was sentenced to life in prison after a jury convicted him of murder this past May. 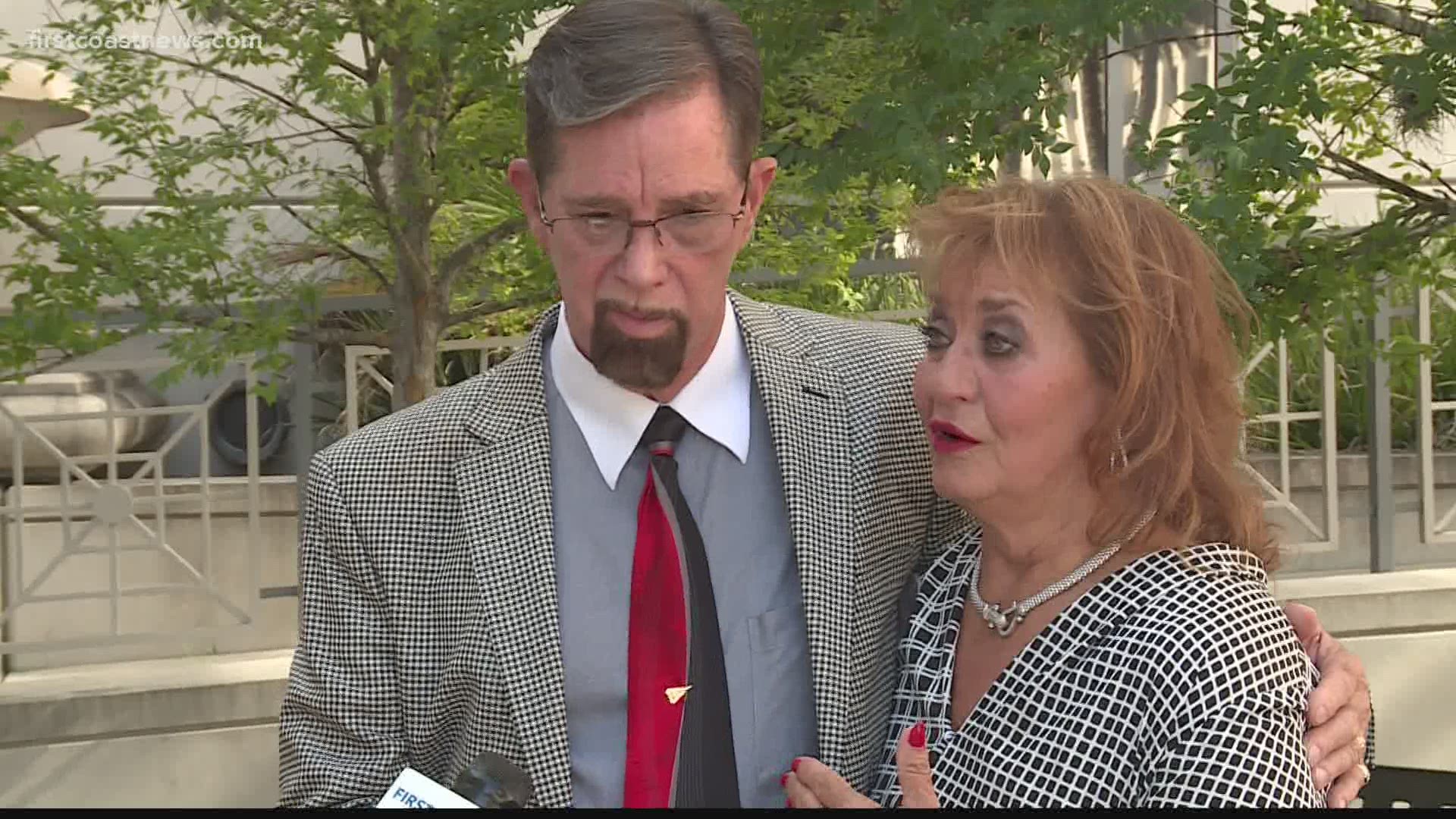 JACKSONVILLE, Fla. — It's been a tough two years for Bruce and Faye McCurdy. Their youngest son Dylan was shot and killed in April 2019 in Mayport, about a mile from his home.

Twenty-seven months later, they were able to address their son's convicted killer in a Duval County courtroom.

"The worst experience that we have had since Dylan was murdered, was having to bury him," said Faye McCurdy.

John Wilson was convicted in Dylan's shooting death earlier this year, which came with a mandatory sentence of life in prison. Judge Adrian Soud sentenced Wilson without the possibility of an early release.

The McCurdy's are not ready to forgive.

"My mother always told me, I have to love your soul for me to go to Heaven. But, I don't have to forgive you. I will never forget," Faye McCurdy told First Coast News.

Credit: First Coast News
Dylan McCurdy was found dead on the side of the road in Mayport in April 2019.

Wilson was arrested three months after Dylan's death and a year after he's alleged to have shot and killed another man, Trevor Matthew.

Dylan's parents say had it not been for their son's death, Wilson may not have been caught, or if someone came forward earlier, Dylan would still be alive.

They have never been given a motive.

"When Dylan left this world, he took part of my heart with him and that's the piece of pie that will never be fixed," Faye McCurdy said.

Wilson has a month to appeal and is scheduled to go to trial for Matthew's death in December.