Officer Nicholas Agitis said the man claims he had a seizure, which caused his motorized wheelchair to go down a hill into a St. Augustine retention pond. 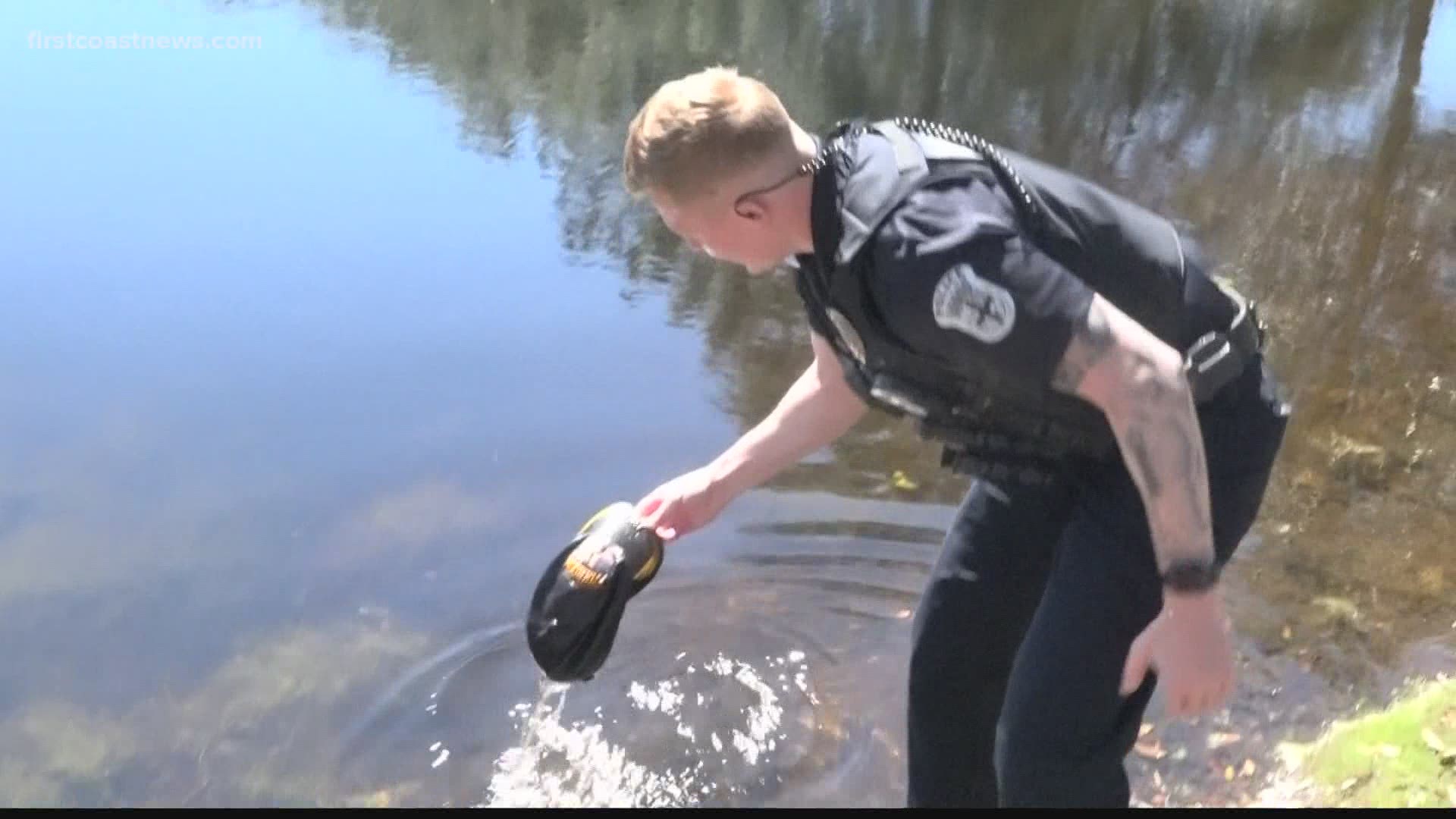 ST. AUGUSTINE, Fla. — A St. Augustine Police Officer helped to save a man’s life after his motorized wheelchair plunged into a nearby pond.

Officer Nicholas Argitis said the man claimed he had a seizure, which caused his chair to go down a hill into a retention pond at the corner of Mizell Road and Plantation Island Drive in St. Augustine.

Argitis’ heroic act was not even in his jurisdiction, but he was conducting a traffic stop nearby.

“When I heard on my radio St. Johns County dispatched one of their deputies, I was close to [the pond], and made my way over here as quick as I could,” Argitis recalled.

When Argitis arrived, he found the man and his scooter sideways, with his mouth just barely above water.

“I was able to get into the water as much as I could, pull him up by his shirt into this area,” Argitis said. “He was coughing up and spitting out water.”

It was then officer Argitis recognized the man. He said the man drives around the area on his scooter and lives at a camp nearby.

“I knew with his disability he wasn’t able to help himself out of the water,” Argitis said.

Argitis also knew the man was a veteran. Argitis returned to the pond the next day and found his veteran hat that said “Freedom” in the water. Argitis went to where the man lives to return the hat, but he was not home.

Argitis said he is happy the man will find a nice surprise when he returns to the camp.

Argitis will have the pleasure of knowing he saved the man’s life when he drives by him in the future, but he humbly said this heroic act is just part of the job.