"God is good. This is not an optimum situation, and people just expect you to be angry and ask, 'How are you not angry and upset?'" 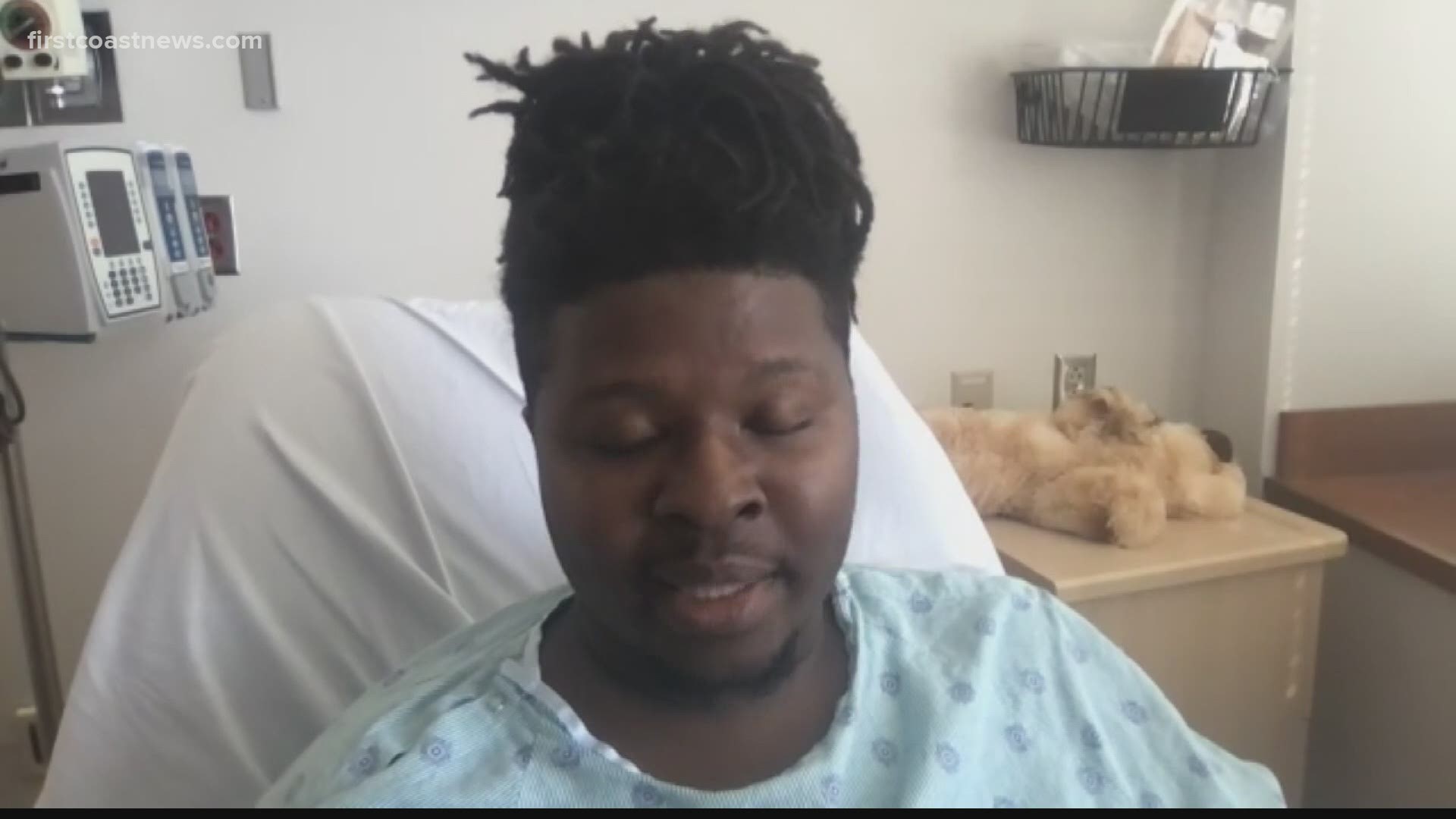 JACKSONVILLE, Fla. — For nine years, Ahynte Heard hosted Verbal Essence, a platform for anyone to express their poetry or spoken word. Many of the event still lives on YouTube.

"I have been really heavy in the arts community as far as advocacy," said Heard.

That community is rallying to help Heard in his recovery from a terrible car accident. Speaking from his hospital bed, he expressed his gratitude to the generosity of others.

"I am just humbled by the fact that this community has rallied around me," Heard said.

On Thursday, Feb. 11, Heard, a self-employed graphic artist and web designer, was on the way to work, driving along Interstate 95 South when he said he was hit by another driver.

"They had basically missed the exit and was trying to get off the exit and ended up hitting the front of my vehicle and it swerved and then turned my vehicle," said Heard. "I ended up T-Boning on the off ramp."

He said the driver kept going, leaving him behind with a left with a life-changing experience. His spinal cord is severed.

"I am actually paralyzed from my chest down," said Heard.

He said no one has been charged, but spiritually and emotionally he is in a good place.

"God is good," said Heard. "This is not an optimum situation and people just expect you to be angry and ask, 'How are you not angry and upset?'"

His wife lost her job due to the COVID-19 pandemic, and he has no medical insurance so he has been working from his hospital bed.

In the meantime, his friends started a GoFundMe drive to cover his medical expenses.

"I met Ahynte through a spiritual breakfast," said Melody Jackson.

Jackson is among those behind the crowd funding event.

"Thus far we have collected $3500 and that will go to his medical expenses," said Jackson. "I believe he is going to rehab. He has a wife and children and he will need assistance from us."

The goal of the GoFundMe account is $40,000. She knows it is a long way there, but said every dollar counts.

Heard will be transferred from UF Health to Brooks Rehabilitation Hospital to learn how to live as a paraplegic.

Heard knows it is a long road to recovery, but remains optimistic. He said he gets his strength and resiliency from his faith in God.

"All that negativity does not provide a positive outcome so I stay away from negativity," said Heard.

On Your Side reached out to law enforcement for the latest on the accident and is waiting on a report.