'It's like I am setting myself up for an execution': Man with severe reaction to COVID vaccine told not to get second dose, debating health risks

Jon Lewandowski has been turned away by doctors, but wants to get the second dose. 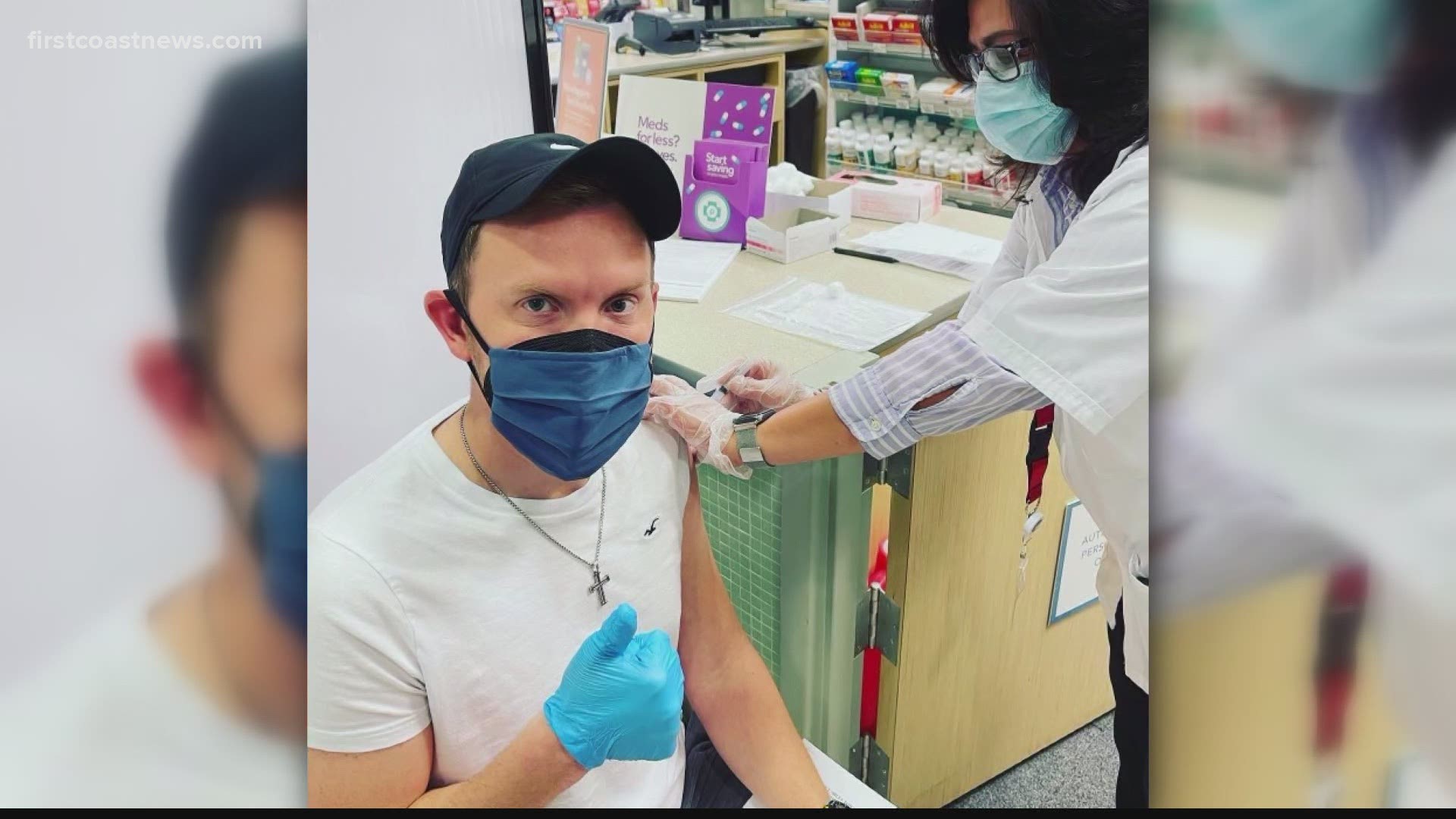 JACKSONVILLE, Fla. — Jon Lewandowski never thought a trip to get his first dose of the Moderna vaccine in early March would end with a trip to the hospital.

A severe reaction, including a swollen face and throat and constant hiccups made for an unpleasant few days.

"I was isolated. Couldn't see anyone and I didn't know what was happening with my body," he told First Coast News.

Lewandowski, 37, planned to wait four weeks to get the second dose, but his doctor told him to hold off.  Now, he says, it's leaving him in medical limbo.

"I thought I was doing what I was supposed to do as a citizen to get inoculated. I went for my second shot since then so many different times to be told, 'No, we're not doing it.  We can't do it,'" Lewandowski said.

Credit: Courtesy: Jon Lewandowski
Jon Lewandowski, 37, received his first COVID-19 vaccine in March, but had a severe reaction that landed him in the hospital.

Doctors and pharmacies turned him away.  He's even reached out to the Centers for Disease Control and the White House.  He says he can only get the second dose if it is administered in a medical setting, like a hospital.  But, he says no hospitals are giving it out for people his age.

It's been an emotional three months as Lewandowski wants the second shot, but he says doctors told him it could cause his heart to stop.

"It's like I am setting myself up for an execution day.  Today, I wrote a note to say goodbye to my family and what do to with my money in my account - all this money that we think makes us happy.  I never had a living will, but I wrote it out today because I thought I was going to get vaccinated and didn't know if I was going to come out," he said as tears rolled down his face.

"Every day I wake up I think about the day I get vaccinated and that freedom of taking my mask off and not having to cancel an event I had because of being fearful of getting COVID. I'm scared," he said.