In a slump working from home? Experts give tips and training to workers, businesses

It’s hard to stay productive working from home and one local business created a training program to help increase efficiency. 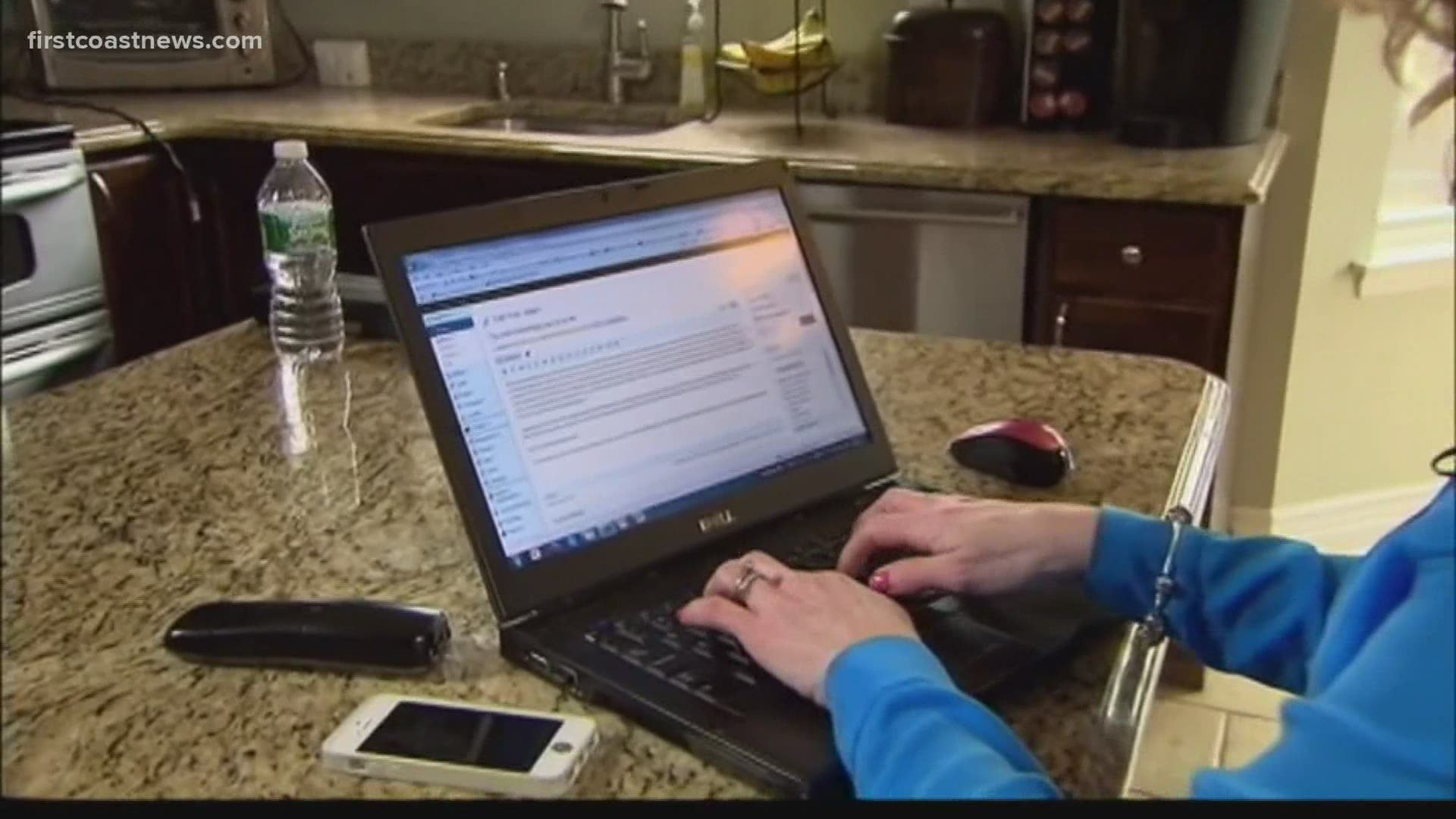 JACKSONVILLE, Fla. — Still have no idea when you'll work in the office again? You're not alone.

Companies are reevaluating if some workers should ever go back. If this is you, we know it’s hard to stay productive working from home and one local business created a training program to help increase efficiency.

Making a list could be your secret to being more productive, according to Greg Davis, the founder of Azola Creative.

"I don't care if it's from cleaning the garage to finishing a project, you need to get it out on paper for yourself so you can really see what's on your plate," Davis said.

It sounds almost too easy, right? Davis's business helps other businesses run more efficiently and he says it starts with getting that pen to paper. It's all about having a plan and time management.

"Let's say, for example, I have an article that I need to write," Davis said. "So they may write 'finish article.' Well that's not really that realistic. I break that down into smaller tasks and say, okay maybe it's 'finish an article,' but what are the three steps that are within that that I need to do? So maybe I can give myself an hour to draft everything out first. By breaking this down into smaller chunks it actually will make you far more effective and a lot more relaxed."

"Years ago I was drowning in the work that I was doing and I didn't think I was going to make it professionally because I felt like there was all this stuff that I couldn't control," Davis explained. "So by learning how to do this, it gave me control where I'm not being reactionary to everything but I'm actually working it into a system that I can control."

As more people may stay working remotely like him, Azola Creative now has training so "work from home" doesn't mean "unproductive."

"I have a list for anything and everything that I do," Davis said. "I've got my to-do list from the other day. I do it every day."

And yes, it all starts with a list. Learn how to get involved in the training here.

Davis says one group he trained ended up having more free time because they were getting more work done.

RELATED: 'You have better luck in Vegas:' Laid-off worker frustrated by lack of help for FL unemployment benefits

What are local companies thinking about keeping workers home? From construction to nonprofits, TruTechnology is an IT company that works with 2,000 workers mostly on the First Coast.

"Most are not in a rush to get back at this point," said their CEO Doug Lowenthal. "It's working pretty well for them."

He says companies aren't having their workers run back to the office, but he says business leaders should really think about the decision to keep them away forever. 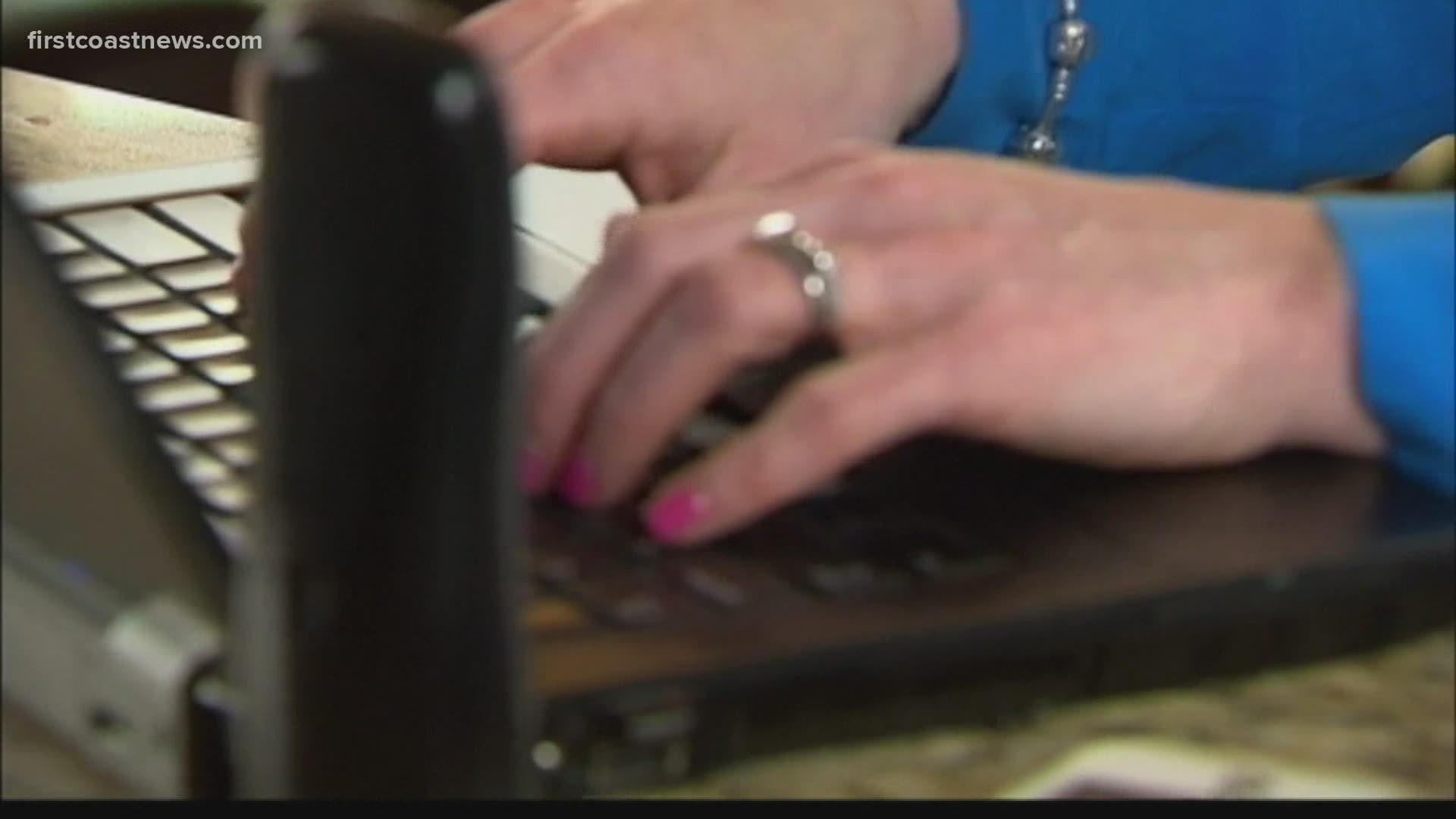 "I think we're in a bit of a honeymoon phase right now," Lowenthal said. "I would caution them not to make any drastic or longer-term decisions around that but there are several that are saying, 'you know do we really need that physical office space anymore?'"

TruTechnology has been doing Q&A's with the companies they work with. He says in the beginning of the work from home order, the focus was on functionality. It later became about security and there are still a lot of questions.

But as far as productivity, the innovation he's seen has been pretty inspiring.

"I think everyone's really hyper-focused on the health of the company that they work for right now," said Lowenthal. "They want to keep their jobs and continue to grow in the organizations."

He says checking in on employees and keeping up the company culture is important even from home.

You can watch TruTech's Q&A on their Facebook page here.