'I hope I didn't fail you': Navy corpsman describes efforts to save teen after shooting in Southwest Jacksonville

HM1 Aaron Pruneda heard three gunshots outside his Southwest Jacksonville apartment and saw a teenager lying face down near the complex's entrance. 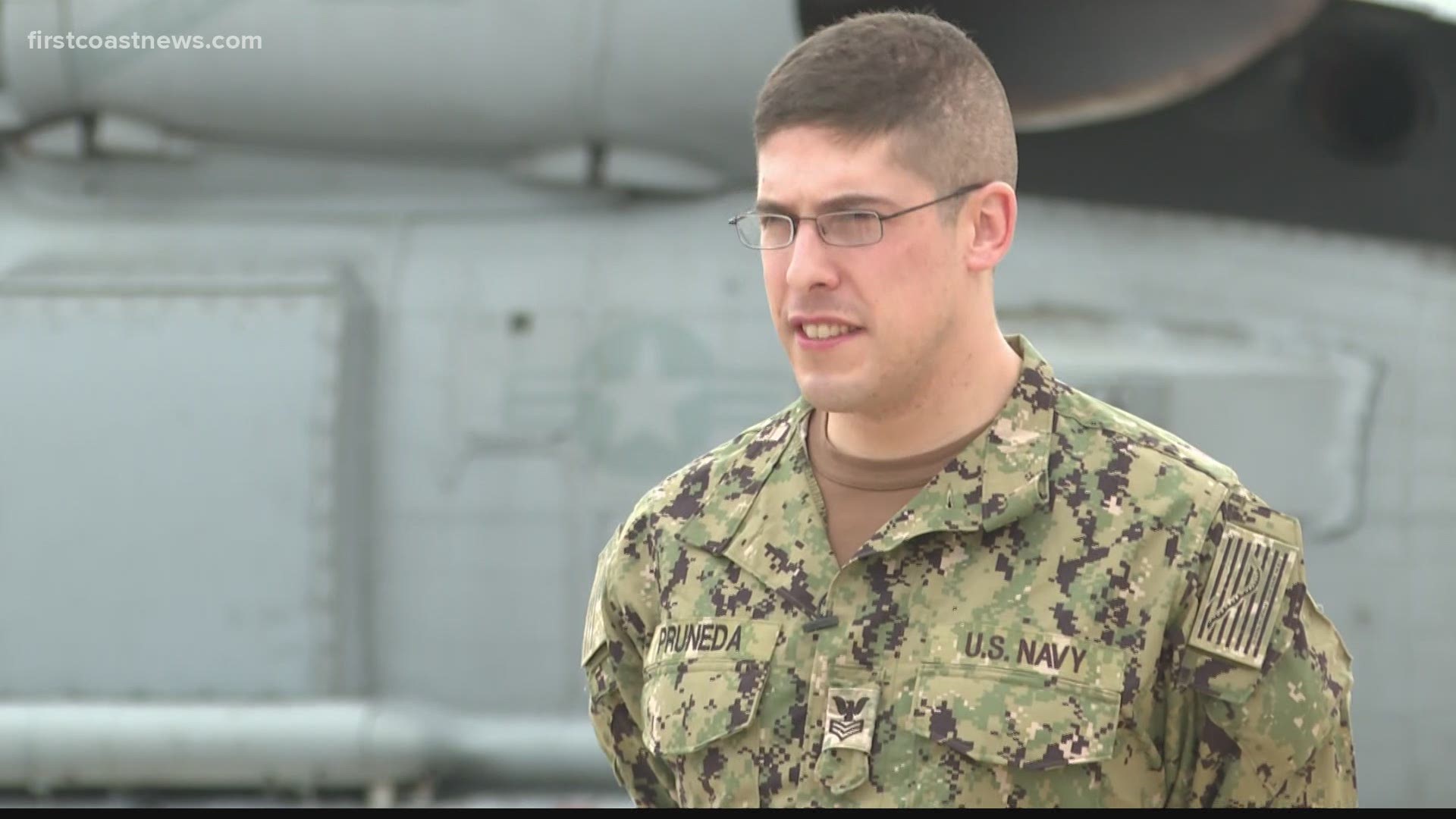 JACKSONVILLE, Fla. — Thursday morning's police activity outside the Vintage at Plantation Bay Apartments was not what HM1 Aaron Pruneda was expecting to see so soon after moving to Jacksonville.

"Looked outside the master bedroom. Saw a lady out there.  Kind of looked around a bit.  I was like, "I need to go out there and see if they need help, see what I can do,'" he told First Coast News.

He begins his assignment as a hospital corpsman at the Naval Air Station Jacksonville next month. His training came in handy after he saw a teenager lying face down near the entrance of the apartment complex. He remembers hearing three shots and then screams.

"Next thing I know I heard 'pow, pow, pow.' A couple seconds later I heard someone scream.  I'm like, 'that's not fireworks, that's gunshots,'" he explained.

The teenager was taken to the hospital and has not been given an update on his condition. Pruneda says he tried his best to keep the boy calm and awake.  He doesn't consider himself a hero but was compelled to help after seeing a chaotic scene play out about 30 feet from his front door.

"I just consider myself a regular human being. I just hope he's okay. Can't imagine what his family is thinking and what his mother is thinking," Pruneda said.

As for a message to the teenager, who has not been identified, Pruneda shares these thoughts, "I hope I didn't fail you as a human being, as a corpsman. I hope everything i did for you was enough," he said.

The Jacksonville Sheriff's Office is still investigating and they are asking to speak to any witnesses.