Hotels fill up at Jacksonville Beach ahead of holiday weekend

“Full capacity! Over-booked!” This is how hotel workers at the beach describe this weekend, but it's not what they said downtown. 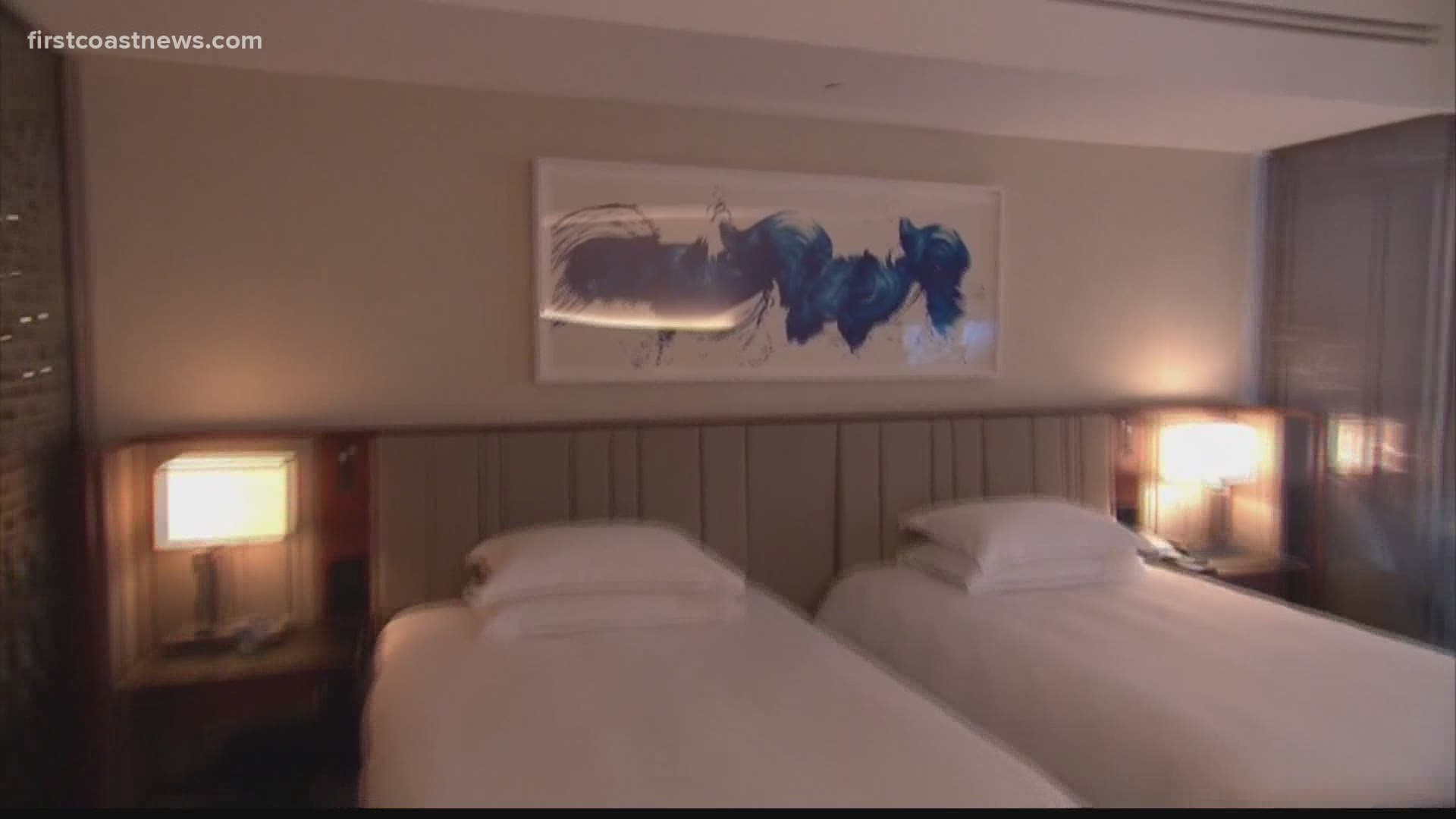 There's no doubt Memorial Day will look different this year, but on the First Coast a lot of it depends on where you are.

First Coast News called a number of hotels in downtown Jacksonville and workers there say they're nowhere near booked up for this weekend. But what was the response at hotels at the beaches? "Over-booked!" Hotels there will be busier than we've seen in months.

It's the first weekend short-term rentals in Duval, St. Johns, and Nassau Counties are allowed to reopen. Make sure you know the restrictions wherever you go. Airbnb says they'll ban guests who throw parties with more than 10 people.

RELATED: List: What we know about local efforts to reopen short-term rentals

At Riverdale Inn in Riverside they’ve gotten used to few guests during the pandemic, but now they are almost half full.

Then Memorial Day weekend comes and things get even busier.

“We have very few rooms left for this weekend," Waln said. "We're starting to see a change back to, I don't want to say 'normalcy' because I don't really know what that is anymore."

“Full capacity! Over-booked!” This is how hotel workers at the beach describe this weekend, but it's not what they said downtown.

RELATED: VERIFY: Can hand sanitizer cause your car to catch fire?

At some hotels downtown there are changes like blocked off floors, TV remotes wrapped in plastic, and no freshly made beds during your stay because housekeeping doesn’t come in until you’ve left.

"Some of them are actually adding additional things into the air handling units as well to make the elevator spaces [have] extra precautions there," said Nicole Chapman, Florida Restaurant and Lodging Association chapter director.

Back at the bed and breakfast, Waln says the smaller setting is comforting for families who are there to make memories.

"We had some guests today, it's their first time staying in an inn and they brought their daughter," she said. "Maybe she's about ten or so and this morning she woke up and was like, 'wait they aren't bringing my breakfast in bed?' He's like 'no, no, not that kind of breakfast in bed; a bed and breakfast.'"

Last Memorial Day was the second-largest travel day AAA has recorded. This year they didn’t even bother releasing a travel forecast.

Around the state, Disney Springs opened Wednesday and the Florida Keys reopen to visitors June 1. More people are coming to Florida, but it will take more than one holiday weekend to make up losses from the industry hardest hit.

"Hopefully all of us out there will take a trip in the state, go visit some of the great places we have in the state of Florida to boost the travel there," Chapman said. "Our industry had incredibly high sanitation standards to begin with."

The American Hotel and Lodging Association reports more than 8 in 10 hotel employees said they had to lay off or furlough workers. According to the Bureau of Labor Statistics, the leisure and hospitality field lost more jobs than any other industry, losing more than 7.5 million jobs in April.