March 25 is National Medal of Honor Day. Here's why we celebrate

Only the "bravest of the brave" who served in our armed forces are eligible for the award. 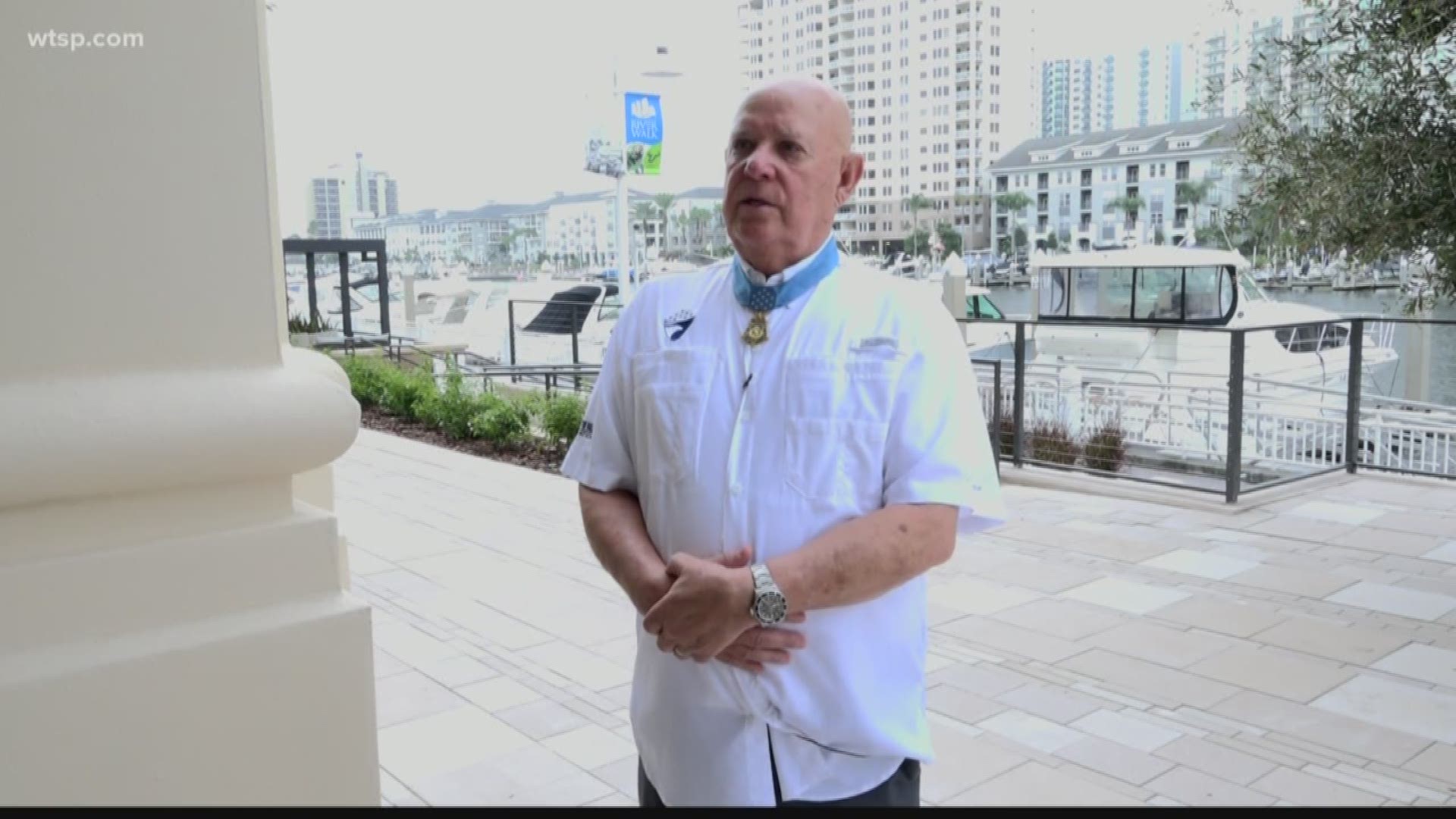 ST. PETERSBURG, Fla. — It’s the most prestigious award presented to members of the armed forces, and every year on March 25, we recognize those who have received the Medal of Honor.

The award is given sparingly, reserved for only “the bravest of the brave,” according to the U.S. Army. And of the millions upon millions of courageous Americans to serve our country across all branches of the armed forces, only 3,526 Medals of Honor have been bestowed upon service members.

The first to receive the award was Army Pvt. Jacob Parrott on March 25, 1863, which is why we celebrate National Medal of Honor Day on that date.

The Army says Parrott was a Union soldier who eventually became a prisoner after getting captured by the Confederacy. He was taken prisoner while on a mission with nearly two-dozen other volunteers to go into enemy territory and “destroy bridges and railroad tracks.”

Credit: U.S. Army
According to the Army, Pvt. Jacob Parrott became the first Medal of Honor recipient in March 1863.

The Confederacy eventually let Parrott go in a prisoner exchange in March 1863, and later that month he received the first Medal of Honor.

Since the Civil War era, the Medal of Honor has been given to service members involved in more than two dozen U.S. conflicts but reserved for the very few whose courageous actions are well-documented and go above the call of duty.

According to the National World War II Museum, in the early days of the award, some were concerned that it was handed out too easily. In fact, in 1916, a newly formed review board rescinded 911 Medals of Honor. In the decades following, the standards to receive the award have gradually increased.

And while many Medals have been rescinded, since 1998, the Army says at least 15 have been awarded to “correct past administrative errors, oversights and follow-up on lost recommendations or as a result of new evidence.”

The process of awarding the Medal is rigorous, and recommendations receive intense scrutiny that could last more than 18 months at a time.

Once it's determined that a person is deserving, the Medal of Honor is presented by the President of the United States. Former President Trump most recently awarded Army Sgt. Maj. Thomas “Patrick” Payne with the honor in Sept. 2020.

The Department of Defense says Payne helped liberate more than 70 hostages from an ISIS prison compound. He was given the award on the anniversary of the Sept. 11, 2001 terrorist attacks, a day that compelled Payne to enlist.

From Parrott in 1863 to Payne in 2020, there are thousands of others whose stories helped shape our country’s history. They’ve risked their lives for the United States and for our freedom, which is why on National Medal of Honor Day, we’re meant to pause and reflect on their bravery.