Saturday starting at noon, volunteers are going to place flags on the graves of fallen veterans. Volunteers have been placing the flags for five years. 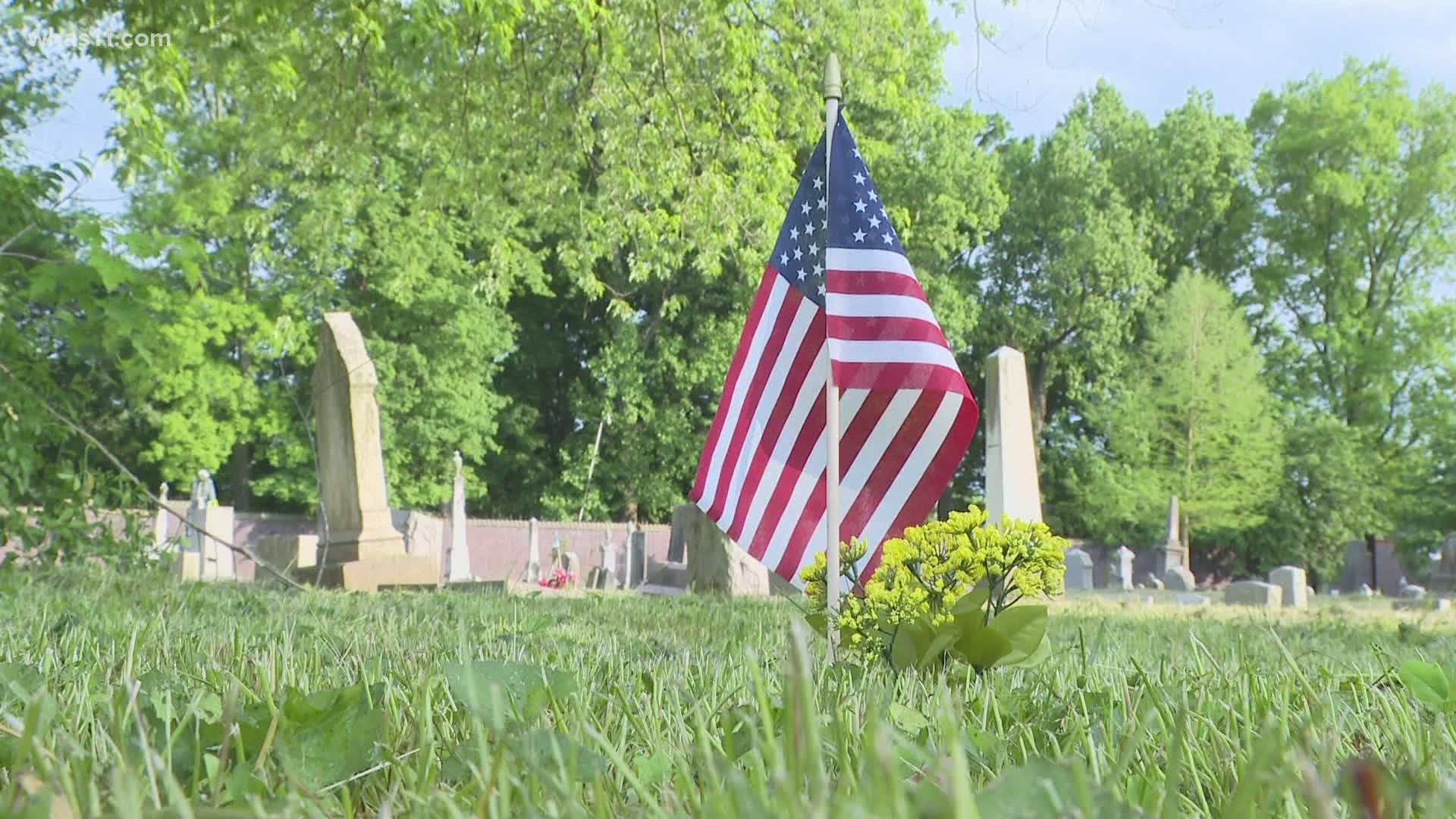 LOUISVILLE, Ky. — Many annual Memorial Day events like parades have been cancelled this year.
However, volunteers at Eastern Cemetery in Louisville are still coming out to honor those men and women who gave their lives to serve our country.

For an hour Saturday afternoon, volunteers are going to place flags on the graves of fallen veterans. The tradition of placing American flag at the graves starting five years ago.

It's an important day for the non-profit group, Friends of Eastern Cemetery.

The organization’s Vice President, Savannah Darr, said Eastern has been abandoned since the mid-1990s after being investigated for over burial.

The group works to maintain the cemetery and holds events like today’s flagging.

“It’s something we do every year and it’s something we really hold near and dear as an organization we feel that its very important because of the history of eastern to really celebrate the people who are buried there," Darr said.

Things will be modified this year to ensure social distancing. People will come in waves to pick up flags and then place them alone or with their families. The cemetery is nearly 30 acres so people will have plenty of room to spread out.

This flagging happens twice a year once for Memorial Day and for Veterans Day in November. Friends of Eastern Cemetery says they are going to be placing 1,000 flags today. So even though people aren’t being buried here anymore, they want to make sure those who are are not forgotten.

If you would like to volunteer you can come to the cemetery and pull in off Baxter Avenue between 12 p.m. and 1 p.m.