Two hundred palm trees are usually lit up during the holidays, but COVID-19 canceled fundraisers and there's a chance the Beaches Town Center could be dim this year. 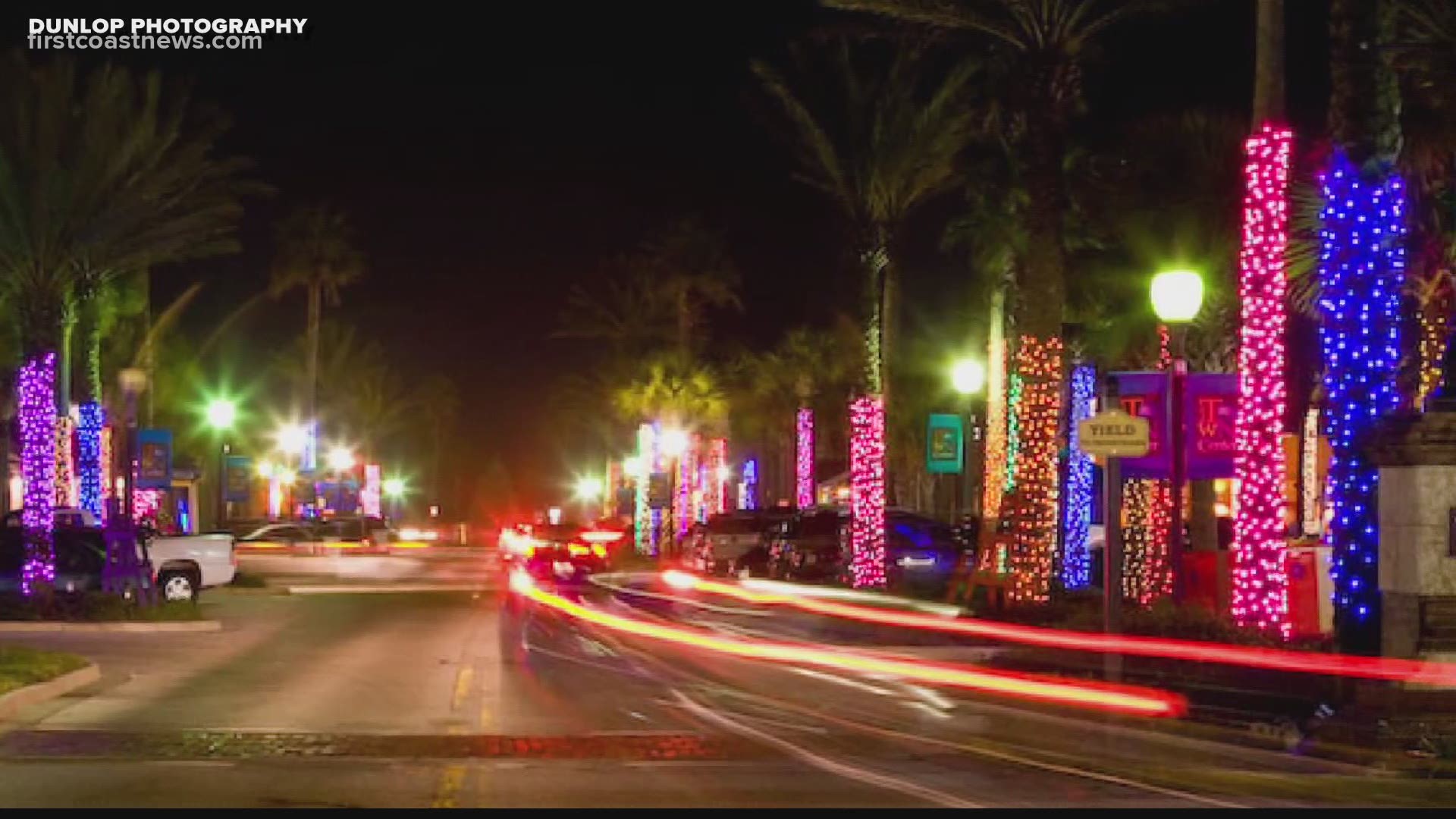 ATLANTIC BEACH, Fla. — The holidays will probably look different this year, but there are traditions we’d all love to keep alive even as everything else changes.

Around the holidays, people come to the Beaches Town Center on Atlantic Boulevard to see 200 palm trees lit up for the holidays. The Merchants Association says it’s also a way they bring in business, but the lights cost a lot of money.

The Merchants Association were forced to cancel their usual fundraisers because of COVID-19. We told you about their sponsor a tree program in May, but it hasn’t picked up steam and there’s a chance the Beaches Town Center will remain dark this year.

“It’s a great little area to walk around and you feel that holiday spirit. So it would be sad to not be able to have that," said Sabrina Chaker, co-owner of Milo at Beaches Town Center.

The lights are a welcome sign that it’s the holiday season, and for Sabrina Chaker it’s a tradition. As a business owner and local, she hopes the tradition continues to bring in new memories and new business.

“We opened our store in January so it hasn’t been ideal with COVID,” Chaker said.

200 trees at the @Beachestowncent will light up in bright colors for the holiday season... if the Merchants Association gets the $ they need. Fundraisers were cancelled this year so they created the “Sponsor a tree” program, but in 4 months only 21 trees have been sponsored. #GMJ pic.twitter.com/5gJVQST6uD

It turns out the lights are a sort of an investment paid for by the Merchants Association. The group of business owners pay for the lights with funds from fundraisers like Dancin' in the Street, which didn't happen this year. Chaker says the holiday lights may not happen.

“It costs $32,000 to install the lights, uninstall them, store them and replace everything," she said. "Which I didn’t think they would cost that much. It was really shocking for me to find out that much, and that’s a lot of money that obviously our merchants association doesn’t have.”

If you want to keep the lights on, you can sponsor a tree for $175. Find out more here.

Chaker said they are also talking with the City of Atlantic Beach government about whether they can get a grant for the lights.

RELATED: Jacksonville Humane Society $250,000 in the red after canceling main fundraiser due to COVID-19 concerns